What Is MATLAB?: MATLAB Introduction for Beginners

The Growing Role of Data Science in Astronomy

What is Data Analytics and its Future Scope in 2022 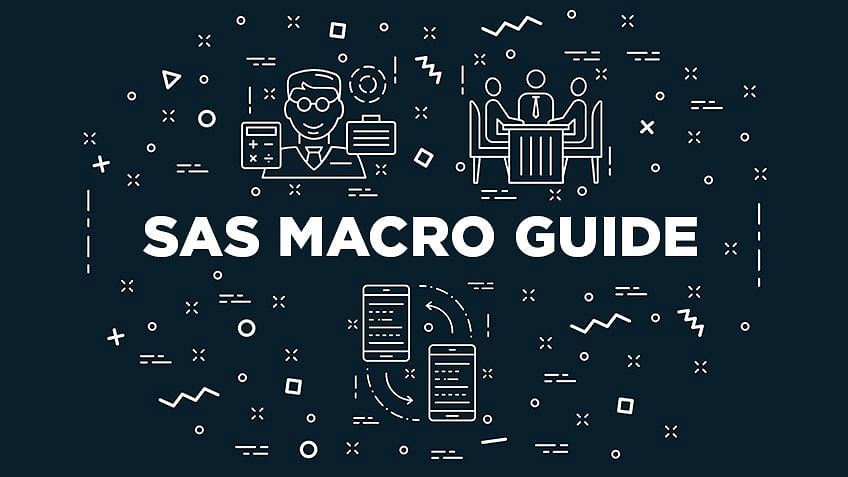 Several conglomerates, such as Google, Facebook, Twitter, and Accenture, use SAS to answer the issues that arise at an organizational level, as well as to provide insightful reports. Project management, quality improvement, business forecasting, and operations research are all aided by it. It's especially helpful for graphic design and app development.

In this article, you will learn all about SAS Macros that help in writing the DRY (Don’t repeat yourself) code.

Let us now explore the variables within the SAS Macro.

What Are SAS Macro Variables?

The SAS variables store a value in a SAS program that can be utilized over and over again. These are declared at the beginning of a SAS program and then referenced later in the code. They can have a Local or Global focus.

Before getting into the implementation through examples, we must understand the different types of macro variables.

So, let us look at the types of macro variables with examples.

What Are Local SAS Macro Variables?

SAS applications can access these variables if they are defined as a part of the program. These are usually used to provide alternative variables in the same SAS statements so that they can process diverse data set observations.

In this, the Value field can include any numeric, text, or date value that the program requires. Any valid SAS variable can be used as the Macro variable name.

The SAS statements utilize the variables by appending the ‘&’ character to the start of the variable name. The program below gathers all of the observations for the brand 'Audi' and the category 'Sports.' If we want a different make result, we must modify the variable make name value without changing anything else in the program. This variable reference can be many times in any SAS statement in the case of bring programs.

TITLE "Sales as of &SYSDAY &SYSDATE";

What Are Global SAS Macro Variables?

Because they can be accessible by any SAS program in the SAS environment, these variables are referred to as global macro variables. They are system-assigned variables that are accessed by numerous programs in general. The system time is an example of a global SAS Macro Variable.

Global SAS Macro Variables are system-defined and do not have a specified syntax.

The SAS variable SYSTIME, which indicates the system time, is illustrated here. Consider the following scenario: every time a millisecond passes by, the SAS report is generated, and the system time is printed in the title. The title will display the current time without any values being coded. We use the SASHELP library's CARS data set, which is an in-built SAS data set.

TITLE "Sales as of &SYSTIME";

Let us now learn about Macro Programs in SAS.

What Are SAS Macro Programs?

A macro is a collection of SAS statements that are referred to by a name and can be used in any application that uses that name. The statement begins with a %MACRO and concludes with a %MEND.

In the below syntax, we declare the local variables.

The software below displays a set of SAT variables under the show_result macro, which is invoked by other SAS expressions.

TITLE "Sales as of &SYSTIME";

The SAS programming language comes with a number of MACRO statements.

Some of the common examples are:

Now, let us look at some of the examples in depth.

The SAS log is updated by this macro statement, which writes macro variables or text information. The variable today's value is recorded to the program log in the example below.

When this macro is run, it causes the currently running macro to terminate normally if a specified condition is found to be true. When the variable val’s value reaches 10, the macro quits; otherwise, it continues.

The SAS Macros allow us to reuse code in various locations without having to repeat it all the time. Not only does this save time but also ensures that the code is error-free.

These are two types of Macro variables, Global, Local, and a Macro program begins with a %MACRO and ends with a %MEND. Some commonly used Macros are - %END, %RETURN, and %PUT.

To learn more about SAS and its many components and use cases, enroll in Simplilearn’s Data Science Certification program to master the key data science concepts and tools and become a better data professional.