An Ultimate Guide to C# Variables With Examples

Lesson 8 of 21By Vaibhav Khandelwal 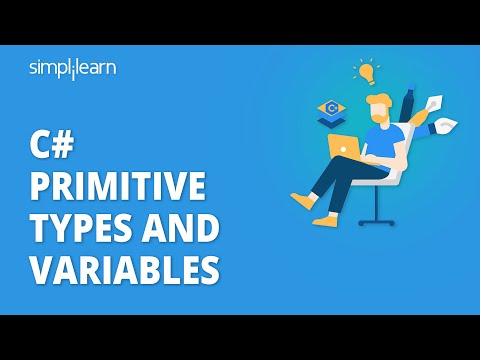 C# has been developed to handle new workloads and new programming paradigms. Before using a variable in C#, it must be declared. A variable's name and type must be known before assigning a value. Thus, C# is a statically typed language.

In this 'C# Variable' tutorial, you will learn the major technical aspects of variables and fundamentals involving data types.

What Is a C# Variable?

A variable is simply a one-of-a-kind identifier for a storage location that our program can access. The varieties of C# Variables determine their memory size, value range, and set of operations.

Each variable's datatype must match the data being saved. When we create a variable, the system reserves a chunk of memory equal to the variable's size.

We can now go on to the next chapter to learn about the different sorts of variables now that we have a basic knowledge of the definition and complexity of C# variables.

What Are the Types of Data Types of C# Variable?

There are mainly three types of C# datatype, as explained below.

So far, we have learned about the major data types and the c# variables. Now let’s discuss the practical implementation of data types.

In C#, we will implement various data types and variables.

By now, you have a good grip on the technical aspects of C# Variables.

The next lesson in your C# training can be "Operators and Expressions in C#." There are a variety of symbols that can be used to do a variety of functions, including operators. Variables and values are nothing new to operators. The combination of operands and operators makes up an expression in C#. At the very least, an expression requires an operand; nonetheless, it can have no operators.

Simplilearn is the world's most popular online Bootcamp for learning digital economy skills, and it's here to help you do just that. Digital marketing and data science are just a few subjects we cover in-depth in our online courses.

You've come to the right place if you're interested in learning more about software development and working in the field. The Caltech CTME and the Indian Institute of Technology, Kanpur, has collaborated with Simplilearn to deliver their Software Development courses. In addition to more advanced topics like Competitive Programming, these courses teach the fundamentals of data structures and algorithms. As a software developer, data structures including trees, graphs, and queues will be taught to you.

The comments section below is open for questions and comments about this 'C# Variable' tutorial. Happy learning!

Vaibhav Khandelwal is a proactive tech geek who's always on the edge of learning new technologies. He is well versed in competitive programming and possesses sound knowledge of web development. He likes to read fictional and sci-fi novels and likes to play strategy games like chess