Reviewing Elements of Crytography: What Are Private and Public Keys? 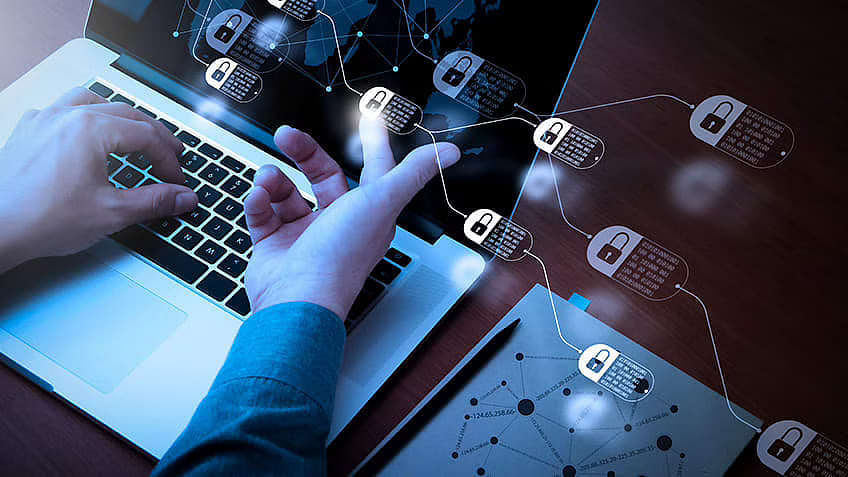 Our world relies on the Internet for everything from financial transactions to leisure activities. For example, we spend large amounts of time online to look up trivia facts, transfer money into our checking accounts, get driving directions and send correspondence to friends, family, and co-workers.

Thanks to all this use, security has become a big issue. Privacy and confidentiality are valuable commodities that hackers and other cyber-criminals constantly threaten. The stakes are high.

To maintain security, cybersecurity professionals use many different tools. Today, we are looking at cryptography's encryption and decryption aspect, specifically what is known as "keys." This article focuses on answering “what are private and public keys,” including what's the difference between public encryption keys and private encryption keys, how they work, and their advantages.

Let’s begin with the definition of a private key.

What Is a Private Key?

Before we get into the private and public terms, let’s first define a key. In cryptography, a key is a string of randomly generated bits used to scramble and unscramble data. Keys are generated by algorithms that ensure that each key is unpredictable and unique. The more bits used in the key, the harder it is to break.

Private keys are also called “symmetric” because it’s the only key copied and shared by another user to decode the received cipher.

What Is a Public Key?

A public key is an encryption method that uses a pair of private and public keys to secure data communication. First, the public key encrypts the plain text, converting it into ciphertext, then the private key is used for decrypting the converted ciphertext so the recipient can read the message.

The public receives the appropriately named public key, and the receiver gets the private key. Public key cryptography is called asymmetric cryptography.

Some people describe public keys as the same thing as looking up a company’s address on the Internet. Anyone can look up that information and share it as they wish. Each public key is paired with a private key. Using our company address analogy, the private key is like the key to that company’s front door. The public knows the company's location because the address (public key) can be easily found. But only people with a key to the front door of the building (private key) can gain entry.

What’s the Difference Between Private and Public Encryption Keys?

Let's use a comparison chart to quickly show the difference between a public and private key.

How Do Public and Private Key Encryption Work?

The public key encryption technique uses a pair of public and private keys to facilitate confidential, secure data communication. The public key is generated by an algorithm and used to encrypt the plain text, converting it into ciphertext. After the message is sent, the private key is used to decrypt the ciphertext, allowing the recipient to read the message.

What Are Public and Private Keys: How to Generate a Public Key and a Private Key

There are many mathematical algorithms available to generate public and private keys. Here are three of the more popular and respected algorithms.

What Are Private and Public Keys: Examples of Public and Private Key Encryption

Here’s an illustration of how these keys work.

Let’s say Karin wants to send John an encrypted e-mail. If she’s using public encryption, she takes John’s public key, encrypts his message, and sends it to him. When John receives Karin’s e-mail, he encrypts it with his private key, which only he has. When John wants to reply to Karin, he repeats the process, encrypting the e-mail with Karin’s public key. When she receives John's e-mail, she decrypts it with her private key, which, like John's, only she knows.

Now, if Karin wants to send John an e-mail that’s been privately encrypted, the entire process only uses one private key for both encryption and decryption. So she uses the private key to encrypt her e-mail and sends it to John, who uses the same private key to decrypt the message.

What Are Private and Public Keys: The Applications

People use public key encryption for:

Private key encryption can also be used for the above applications, although it’s particularly ideal for handling cryptocurrency transactions. Private keys are also suitable for handling vast amounts of text.

What Are Public and Private Keys: The Business Benefits

Security is a big issue today, and threats lurk around every corner. Today's businesses need to ensure that their data is safe to keep their resources secure and engender strong consumer confidence. Here are the top three benefits of public and private key encryption:

How Would You Like to Become a Cybersecurity Expert?

Fortunately, Simplilearn has what you need to get your cybersecurity career off to a great start. Their Cybersecurity Boot Camp, in partnership with University of California, Irvine, DCE, is rated the Number One Best Cybersecurity Boot Camp by Career Karma, and provides high-learning experiences and real-world applications to individuals looking to start or change their career path.

The boot camp will help you develop expertise in both defensive and offensive cybersecurity, application security, malware analysis, ethical hacking, and much more. The course curriculum, labs, and assisted and unassisted practices work together to familiarize you with a great sampling of in-demand cybersecurity applications.

Glassdoor reports that cybersecurity professionals in the United States can earn a yearly average of $97,362. There's also lots of room for advancement into security manager and senior security manager positions.

Visit Simplilearn and get your new career in cybersecurity off to a roaring start. The world’s data is waiting for you to protect it. Check out Simplilearn today!

What Is the Difference Between Public, Private, and Hybrid Clouds?