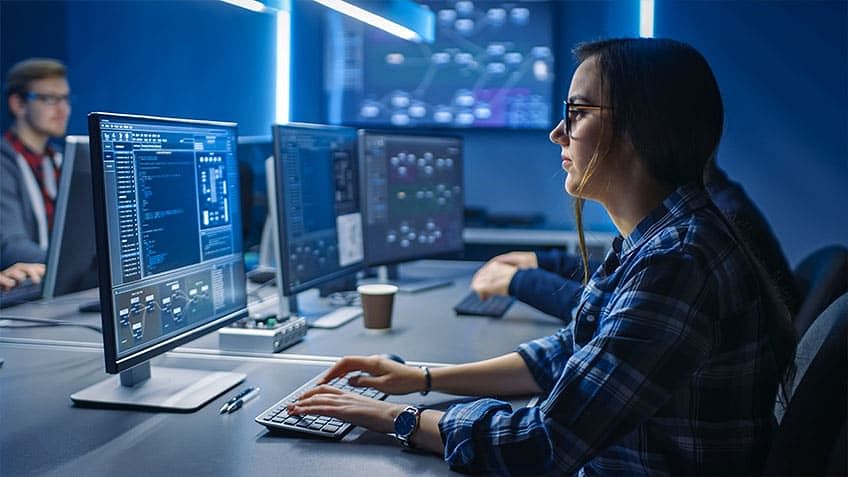 Developers have a broad range of tools they can use to create applications. With that said, there is a core set of tools that are becoming central to Open Source application development: the MERN stack.

The four MERN tools are Open Source (free to use) and enjoy extensive communities. Also, you will find much material that explains how to build applications with MERN.

What Are the Benefits of Working With MongoDB?

The growing trend towards Big Data and NoSQL databases like MongoDB has seen a surge in commercial and open-source MongoDB deployments across multiple industries. MongoDB is designed for fast and powerful data analytics and easy scalability. It can deliver the most common Big Data functions, including data modeling, query optimization, query isolation, and scalable storage.

MongoDB's strength lies in its being the only NoSQL database that supports SQL-based queries, making it ideal for advanced data analytics and ad hoc data management. Companies across verticals like finance, media, entertainment, e-commerce, retail, gaming, SaaS, health tech, and education have deployed MongoDB for varied use cases.

Today, MongoDB is deployed either on-premises or as a service. Most organizations are experimenting with this technology to gain better insights into the data through advanced analytics and provide faster user experiences.

What Are the Benefits of Working With ExpressJS?

To meet the demand for functional apps, many developers now prefer building RESTful APIs, and many of you will already have used ExpressJS. I love that it is lightweight and compatible with JavaScript ES5. You don't need to go out and buy an ecosystem of extension modules if you are using one of the popular MV* frameworks.

The ExpressJS API is a great starting point, especially if you are looking for an easy way to create a very minimal server. If you decide to start from scratch and try to do a full service, ExpressJS has powerful features that allow you to add a backend API dynamically. This capability comes in very handy if you decide to add additional functionality to the front end by using a third-party library.

ExpressJS is easy to start using. It doesn't come with any frameworks or plugins, and it doesn't need any third-party dependencies. It's very lightweight and can work well as a standalone server.

What Are the Benefits of Working With ReactJS?

React provides a robust and opinionated way to build modern apps. It allows you to write components that are extensible, adaptable, and scalable.

It's highly declarative, flexible, and — most importantly — fast. React lets you avoid writing pure function calls and provides a simple, compact way to describe what your app will do. React components are easily testable and composable, and they usually re-use a single abstract component tree.

React has its way of passing data and state through your components. You get to specify state, props, and setState with ease. React also handles state management and resetting for you. That means you can split your UI into multiple components that re-use some parts of the state tree and easily keep details up-to-date. React lets you write large components in a fluent style and sends the state as props.

React uses props and state to build the UI. Your state is passed through as props and kept inside your component tree, rather than your having to hold the state in an object tree like a traditional C++ class. This feature is great because it means you can dispatch and modify the state dynamically within a single component. As mentioned above, this is an opinionated approach that requires you to leave most of your code alone and declaratively describe how your UI should be laid out.

What Are the Benefits of Working With NodeJS?

Some of the main benefits of using NodeJS for developing web applications include:

Where to Go From Here?

After learning all about learning about MERN, your next step is to download NodeJS and, from there, build an application that uses Express, React, and Mongo. You will find that SimpliLearn has many videos on how to do exactly that on our YouTube channel. Simplilearn’s Full Stack Web Developer - MEAN Stack Master's Program will help you learn how to create applications from the ground up and start down one of the most lucrative and fast-growing web development career paths.

All You Need to Know About MERN Stack