Salesforce Developer Salary Across The Globe in 2021 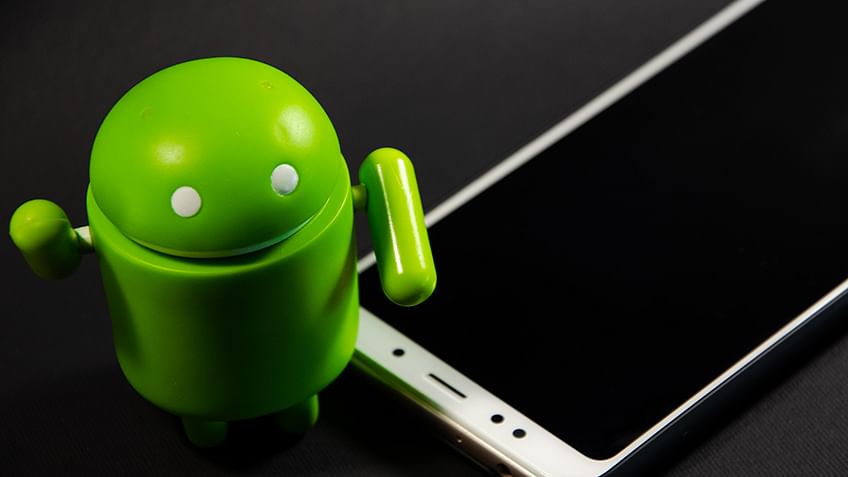 So you’re interviewing for a position as an Android developer, eh? You have your best clothes picked out, your resume and other reference materials all neatly arranged and ready, and you’re feeling well-rested. You got this!

Unfortunately, you begin to realize that maybe you’ll be asked a question that you don’t have an answer for. After all, there’s a lot involved in being an Android developer. Do you really want to risk getting stumped on a simple Android interview question?

While there’s no way to guarantee an absolute certainty of success, you can improve your odds by brushing up on some of the most commonly asked questions during an Android developer interview. This article provides a valuable sampling of Android interview questions in all levels of complexity. By familiarizing yourself with these questions, you can boost your confidence and make a better impression.

And make no mistake about it; Android is the dominant operating system today. According to Statcounter, Android has a commanding market share of 75.22% versus iOS’ 22.76%, based on figures from January 2018 to January 2019. The demand for trained Android developer professionals consequently remains strong. You can see in this article how and why Android app development trends are on the rise.

Which brings up another interesting point; even if you’re not currently looking for an Android developer position, perhaps you should consider doing so! It’s a vast field with many opportunities and room for growth.

In any case, whether you’re applying for that important Android developer position or simply looking to give your skills a bit of a boost, you should read on and familiarize yourself with these 31 questions. Let’s start with some easy ones, and work our way up.

Android is a Linux-based, open-sourced operating system commonly found on mobile devices, such as smartphones and tablets. It’s a kernel-based system that gives developers the flexibility to design and deploy simple and/or advanced apps.

2: What is the current version of Android, and how old is it?

The current version of Android is 9.0, also called Android Pie, and it came out in August of 2018.

3: What database is used for the Android platform?

SQLite, an open-source, self-contained, serverless database, is embedded in Android by default.

4: What is an android application architecture?

The Android architecture consists of:

5: Can you change an application’s name after you have deployed it?

Although you CAN change it, the real question should be “SHOULD you”? Changing an application’s name risks breaking some of its functionality.

6: Name the basic tools for developing an Android App

The tools used for development are:

The four main advantages of Linux are:

This is a set of tools that Android developers use in order to develop or write apps. It features a graphical user interface that emulates a handheld, Android-driven environment, making it easier for developers to create, test, and debug their code.

9: Speaking of emulators, why is it so important for developers to have access to one?

Since emulators function like an actual hand-held device, developers have a good dedicated “sandbox” to safely create, edit, test, and debug new applications, seeing how they would function on a real device without having to actually risk a real device.

10: What languages does Android use?

Android-primarily uses Java, but it also supports C/C++, which, if used with Android SDK, will run faster.

It’s a set of APIs that permits developers to create apps, and consists of:

12: What’s an intent in the context of Android? Describe the different types.

Much what it sounds like, it’s the intention to perform an action, a message that is passed between components. Intents request actions from a different component, such as sending an email, opening a web page, or launch a given activity. The two types are:

This is a broadcast using the send sticky broadcast() method. The intent sticks around after the broadcast, which allows others to collect data from it.

These are the parts of a mobile app that a user sees and interacts with. It represents a Graphic User Interface (GUI), representing one Android screen.

15: What are the four essential activity states?

The four states are:

Toast, in this case, is a pop-up box (hence the word) giving feedback regarding an operation that the users initiated, informing the user of the current status of said operation. For instance, when a smartphone user sends a message to a friend, a toast is displayed saying “sending message”.

18: What’s the difference between mobile testing and mobile application testing?

Mobile Testing is performed on the mobile device itself, specifically on the device’s features like Contacts, SMS, the browsers, and it’s Calling function. Mobile Application Testing tests the features and functions of the apps loaded onto a mobile device.

Bundles are used to pass the required data to sub-folders.

20: How do you identify view elements in an android program?

21: Does Android have any drawbacks?

Android’s weaknesses stem from one of its advantages, namely that it’s everywhere and can run on a huge number of devices.

22: Can Bytecode that is written in Java run on Android?

This is an acronym for Android Asset Packaging Tool. The tool gives developers the ability to deal with zip-compatible archives, including content viewing, creation, and extraction.

This acronym stands for Android Debug Bridge (a tool found in SDK). It’s a command-line tool used to communicate between the emulator instances.

It’s short for Android Packaging Kit. Every file in the Android packaging key is compressed into a single file, the APK.

This is an acronym for Application Not Responding, a pop-up or notification that kicks in when the application is experiencing lag time for the user due to too many functions being performed simultaneously.

27: How do you place layouts in Android? Where are they placed?

They’re placed as XML files, in the layout folder.

28: Give some examples of Android exceptions.

29: What are the four essential items in every Android project?

The four essential items are:

The four dialogue boxes are:

31: An Android application keeps crashing. How do you resolve the issue?

When an application crashes often, these are the best ways to fix it -

Do You Want to Learn About Android App Development?

With Android being such a common operating system, and developer who wants to stay current should be well-versed in it. Fortunately, Simplilearn offers a training class called Android App Development Course.

Whether you choose self-paced learning or a corporate training solution, you get six hours of high-quality e-learning content as you master the basics of Android app creation. You will develop two Android apps as the means of showing that you’ve passed the course.

Whether you’re a web developer trying to upskill, someone looking to jump-start a new career, or even if you just want to learn how to make apps for your own personal enjoyment, you must check out this course, and gain Android proficiency!