HomeResourcesSoftware DevelopmentWhat is C++? Overview, Applications, and How It Compares to Other C Programming Languages

What is C++? Overview, Applications, and How It Compares to Other C Programming Languages 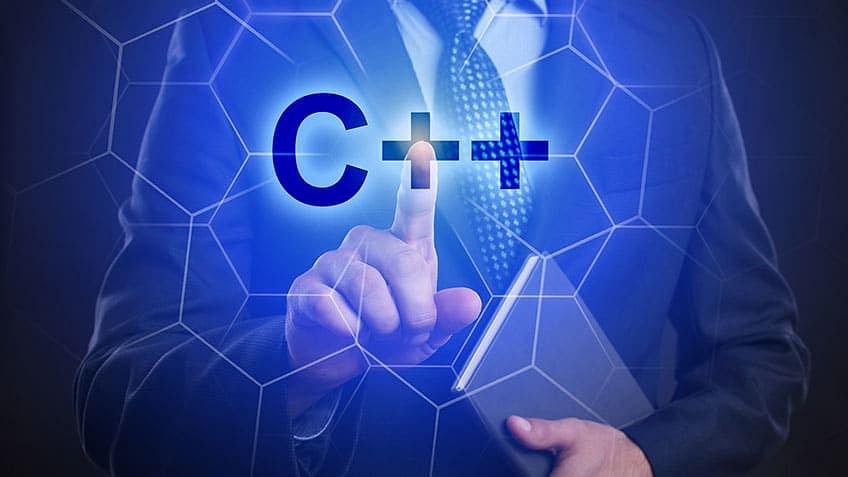 The demand for new apps and games is higher than ever and shows no signs of abating. Fortunately for programmers and developers, there are many tools to choose from to help them keep up with the demand.

Today we’re looking at one of the most well-established and respected tools available, the C++ language. This article answers critical questions like “What is C++?”; “Why use C++?”,; “What’s C++ good for”; and How does C++ stack up against other C languages?”

Once you’re done, you’ll have a good grasp of what the C++ language is and when to use it.

C++ is one of the most well-known and well-used programming languages today, used by more than four million programmers worldwide. The language made its debut in 1985 as an iteration of the C programming language. It began as an extension of C but evolved into a different language with distinctive characteristics and features.

C++ is a scalable, object-oriented language, perfect for large, scalable applications thanks to its discrete and direct memory management capabilities and low-level machine functions. Additionally, C++ has the advantage of being both an object-oriented and a procedural language, something very few other languages can boast of.

Here’s why you should know what is C++ and why to use it.

What Is C++: Common Applications of C++

You will inevitably find the C++ language in action no matter which way you turn. Business applications, browsers, database engines, cloud/distributed systems, game and graphics engines, and operating systems all rely on C++ for application development since it's a versatile, general-purpose language. In addition, C++ can handle the heavy lifting of large-scale apps.

Let’s look at some areas that rely heavily on the C++ language.

Browser rendering engines need speed, and C++ delivers this in spades. Users want their content to appear quickly and with minimal lag, so these low-latency systems turn to C++ as their go-to programming language.

Cloud storage and distributed systems turn to C++ because they are compatible with various machines and connect exceptionally well with the hardware. In addition, the C++ language provides much-needed high concurrency and load tolerance.

MySQL and Postgres, two of today’s most widely-used databases, are written in C++ and C, the latter being C++’s predecessor. These databases, in turn, are used in many of today’s most heavily-used applications, like YouTube, for example.

Machine learning libraries such as TensorFlow require high-performance computations, which C++ is ideally suited for.

Windows, Linux, and macOS are all programmed in C++, making the language the foundation of a good amount of our digital world. It’s not overstating matters to say that C++ is the backbone of the Internet Age.

C++’s speed makes it the perfect choice for programming devices such as telephone switches, routers, and even space probes!

Here are some organizations and companies that employ the C++ language:

That’s some impressive lineup! But while it’s cool seeing that so many of today’s heavy hitters use C++, it would lend a lot more gravitas to the situation if there were some specifics. Say no more! Here’s a collection of tools and applications that use C++ to one extent or another:

What is C++ and How C++ Compares to Other C Languages

We’ve already mentioned that C++ is an advanced iteration of the C language and eventually grew into a separate entity. So how does C++ compare to other C languages? Here’s a handy, quick-reference chart to help spell out the differences between C, C#, and C++.

Are You Interested in Becoming a Programmer or Developer?

So, now we know that C++ is an extremely popular programming language, the foundation of much of our digital world. But, we also know there is a constant need for more programmers and developers. So, if you want a career in software development, Simplilearn can help you reach your goal and get you into an exciting, rewarding position that’s constantly in high demand.

For instance, check out Simplilearn’s Full Stack Java Developer course. This program is tailored to give you a grasp of front-end, middleware, and back-end Java web developer technologies. Additionally, you will learn how to build an end-to-end application, test and deploy code, store data using MongoDB, and other valuable skills.

Glassdoor reports that full-stack developers in the United States earn an average of $99,271 per year, while similar positions in India pay an annual average of ₹652,500. So visit Simplilearn today, and get that brand-new, high-paying career off the ground!