What You Need to Know About Machine Learning Models

What Is Image Processing? Overview, Applications, Benefits, and Who Should Learn It

Webinar Wrap-Up: Job Search in the World of AI-Recruitment Secrets & Resume Tips for 2023

Are Air Taxis Finally on the Horizon? 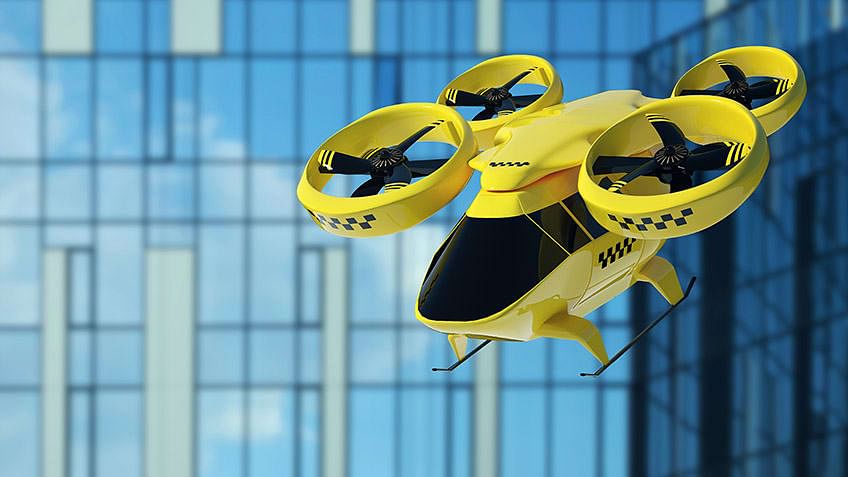 It may not exactly be Bruce Willis whizzing around over the city streets in The Fifth Element, but the coming of air taxis is indeed on the horizon. A growing number of manufacturers are perfecting and testing their designs for air taxis today, and cities and municipalities around the world are beginning to prepare a life with these potentially life-changing vehicles.

They’re faster than cars, more exclusive than trains and buses, and quieter than today’s helicopters. The latest innovation in electric vertical takeoff and landing vehicles (eVTOLs) is bringing excitement to a dream that has been on many people’s minds for years. The batteries in today’s flying vehicles can last for 80 kilometers of flight. They can reduce a trip from downtown Manhattan to JFK airport from 45 to just five minutes. And they’ve gotten landing noise down to levels equivalent with ordinary traffic noise, about 70 decibels.

Porsche Consulting estimates the market for urban air taxis could rise from $4 billion in 2030 to $21 billion annually by 2035 (although they concede the economics of the market will be challenging and face a great degree of uncertainty along the way).

The burgeoning air taxi market is being led by companies and partnerships that span automakers, aerospace and ride-sharing companies, among others. Some of the most visible players in the market:

How Air Taxis Could Change Transportation

The market for delivery drones is already growing rapidly, and that is helping to drive innovation in the air taxi space. The next reasonable step in drone transportation is actually adding passengers to the equation. Air taxis would offer tremendous energy and cost savings over competing transportation options. A recent study by University of Michigan estimates that an eVTOL with three passengers would lower emissions 52 percent versus a gas-powered car, and six percent lower than an electric car.

There’s no question that air taxis are certainly fast. One of the biggest advantages to air mobility travel would be saving time. A trip from Paris to its airport, for example, would be two to four times faster than the same trip by car during rush hour. Medical transportation in Berlin, as another example, could be completed 73 percent faster than by ambulance. Air taxis would also help relieve traffic congestion and lower daily commute times for people in crowded locations.

Unfortunately, it’s not all green fields for the air taxi future. Many concerns cited by experts and the literature of the air taxi developers themselves include:

Conclusion: Get Ready for a Wild Ride Ahead

While the air taxi market certainly has its challenges ahead, there is still plenty of excitement to go around. The market is sure to mature over the next 10 years or so, then eventually boom when all the pieces come together. The companies that build and fly eVTOLs in the future will need an army of software developers and AI engineers to make it all happen, leaving ample opportunity for ambitious tech professionals to rethink their skills and how they might fit into this exciting new market.