HomeResourcesSoftware DevelopmentBlockchain Beyond Bitcoin: Making the World a Better Place

Blockchain Beyond Bitcoin: Making the World a Better Place 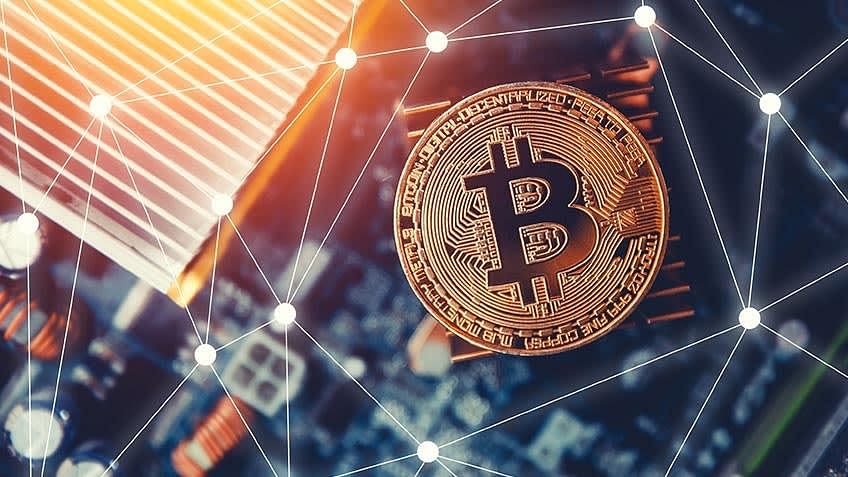 Bitcoin and blockchain are not the same things, although you’d think one was synonymous with the other in the way people talk about them. However, as Jaspreet Bindra says in his TEDx talk on blockchain technology, blockchain is not spelled b-i-t-c-o-i-n. (Bindra also gives a perfect explanation of what blockchain is during his talk, so check it out.)

What’s the difference? Bitcoin is a cryptocurrency, a digital type of money. The blockchain is the technology that enables bitcoin, and blockchain enables much more than that. In fact, blockchain is already helping to make the world a better place.

There’s More to Blockchain Than Bitcoin!

The headlines made by bitcoin are one reason people think blockchain relates only to bitcoin. Despite the hype, whether or not cryptocurrencies like bitcoin will disrupt, transform, or revolutionize the way we use money is yet to be seen. The disruptions and transformations caused by blockchain technology, however, are already all around us, because of the way blockchain works. As a “chain” of records that can’t be changed, blockchain is secure without requiring any third-party oversight. And the security and accountability achieved by that chain of records are being used in surprising and even wonderful ways, to ensure food safety, protect children, and also to help refugees. Intrigued? You should be! So read on.

Walmart Will Use Blockchain Technology to Ensure Food Safety

After recent outbreaks of E. coli and salmonella, it has taken days or even weeks to identify the sources of contaminated produce. With blockchain, a store like Walmart can know in seconds where contaminated food came from, and pull only that food from shelves, as opposed to having to pull all the products as a precautionary measure. It will take time to implement the new procedures, however, and Walmart is giving suppliers of leafy green vegetables one year to use blockchain to "enable end-to-end traceability" back to farms by September 30, 2019.

In the world of gemstones, child labor, conflict diamonds, and fraud by synthetic gems have all been major issues. Militia has used “blood diamonds” to fund campaigns. Children have been used for mining operations. Deception has long been a problem. Now companies like De Beers and Fura Gems are using blockchain technology to trace gemstones from the moment they are mined until they end up on a customer’s ring or pendant, to ensure these gems are authentic and without the stain of war or child labor.

Making Sure Your Kenyan Coffee Really Is

When quality coffee is compromised by inaccurate labeling or the addition of “filler” ingredients, consumers want to know they are getting what they paid for. They also want to know their coffee is from the country of origin named on the label. Blockchain can ensure the coffee is from Kenya, as this super-short, super-cool video explains. As with the food sources and gemstones, blockchain creates a record that is easily traced and impossible to alter…so; you can be sure your cuppa is Kenyan. And this kind of traceability can be applied to just about any type of food, to ensure fair treatment of employees, sustainable farming practices, or something else that concerns consumers.

While researching this article, I was most surprised (and moved) by the use of blockchain to help at least some of the world’s 65 million refugees. The World Food Program (WFP), a United Nations organization, is using blockchain to make it possible for refugees to “purchase” groceries. Although the original purpose was to save money, as this video shows blockchain is making it possible to give these disenfranchised people an identification that is secure and unalterable, for use now and in the future.

Blockchain Will Revolutionize Our World

Tracking food contamination, preventing child labor, helping refugees. We are only in the beginning stages of realizing all the possible benefits to be obtained through the use of blockchain, and we can’t yet wrap our heads around the possibilities. Do you remember when the Internet first became a topic of conversation? We had no idea back then just how drastically it would change our lives and world. Jaspreet Bindra predicts blockchain will change our lives as dramatically as the Internet did 20 years ago.

And that will lead to an enormous demand for people with blockchain skills. The demand has already started:

The Blockchain Certification course offers hands-on training that covers the broader applications of the blockchain. Through the certification, you will learn how to apply blockchain concepts to business situations; build blockchain applications; design, test and deploy secure Smart Contracts; and learn to use blockchain tools and technologies.

Most of us want to do work that challenges us and pays well, but also work that makes a difference in the world. We want to feel good about the work we do and the contribution we’re making. Working on blockchain as this new technology is put to use to solve major world problems could be a way for you to help make the world a better place.