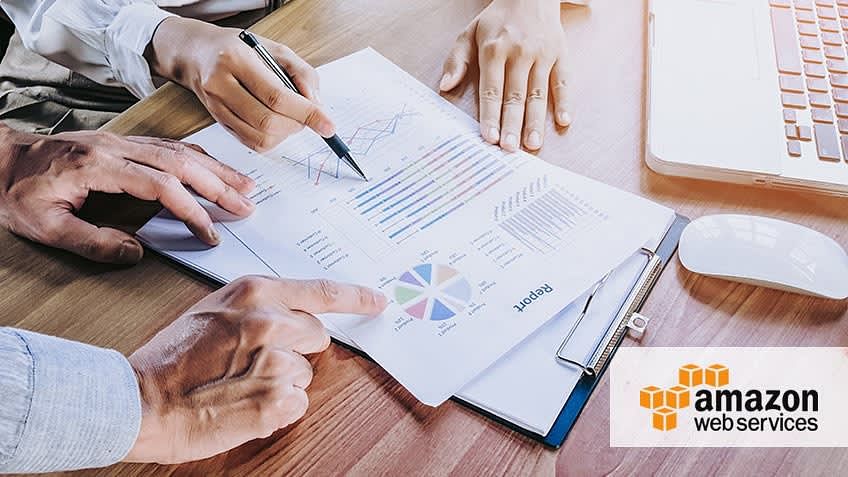 As 2019 approaches, it’s time to make predictions and “guess-timates” for the coming year. But first, I wanted to look back at my trends and predictions article for 2018 to see whether I could give Nostradamus a run for his money. Did my predictions for the future confidently announced one year ago come true? Read on to find out.

We’re off to a good start as AWS did announce a new edge-based service for IoT devices called Amazon SageMaker Neo. This is a new capability of Amazon SageMaker that enables machine learning models to train once and run anywhere in the cloud or at the edge, with up to 2x performance improvement.

My Amazon Echo prediction was way off, but—in my defense—AWS did announce the Snowball Edge. This is a powerful data migration and edge computing device that you can run on-premise to collect or store data. Or you can use it to run machine learning and processing tasks in environments with intermittent connectivity or remote locations.

Prediction: More serverless computing services will be offered to work in conjunction and we’ll see a simplified Lambda service for non-developers.

I’m claiming a couple of victories here. First, Lambda can now be called directly from an Application Load Balancer. That means you can invoke Lambda functions to serve HTTP(S) requests. And although there was no release of Lambda 2.0, there were some exciting new developments for the product, which are all but Lambda 2.0 in name! AWS announced Bring Your Own Runtime (BYOR), which—as the name suggests—means you can now bring your own favorite runtime to Lambda instead of selecting from the predefined options. In addition, we now have Lambda Layers, which is basically AMIs for Lambda. You can now pack code or data into a base layer which is then packaged into your function packages.

Prediction: Increased interest in and partnership with blockchain technology companies and a service used to cost-effectively store blockchains.

Egg-on-my-face prediction: Launch of Amazon Blockchain, a service that allows you to create and manage your own blockchain.

A year is a long time in technology. Just 12 months ago, Andy Jassy said, “There aren’t a lot of use cases of the blockchain beyond the distributed ledger” and that most of these can be solved using other methods, which AWS offers with its existing services.

Yet since I made my predictions last year, AWS has announced AWS Blockchain Templates, a service that allows you to launch an Ethereum or Hyperledger Fabric network in a matter of minutes. Then at re:Invent 2018, they announced Amazon Quantum Ledger Database (QLDB), a blockchain database, and the Amazon Managed Blockchain Service, a fully managed service that allows you to set up and manage a scalable blockchain network with just a few clicks.

Simplilearn offers Blockchain certification program so that you can add to your skill set to stay current with them.

AWS has now fully embraced blockchain technology which means my predictions were quite accurate in the grand scheme of things!
Admittedly, I won’t be taking over as the Nostradamus of the 21st century, but I did fairly well in my predictions for 2018! Now, what about 2019? What do I see?

Admittedly this is a bit of a cheat as AWS just announced AWS Outposts, a way to run AWS services in your own data center on VMware. But we don’t know the full details of this product just yet, only that it will become generally available late in 2019.

AWS has watched as IBM and Microsoft have gained traction with their own hybrid approaches and will now go at this market with their typical customer-focused approach. I expect this to be a game changer as it will introduce

AWS to products and markets that are unable or reluctant to take the full plunge into cloud computing. AWS Outposts is almost going to be a gateway drug for the cloud!

Prediction: Outposts will be a huge success and AWS will gain a significant boost in new clients from markets previously reluctant to move to the cloud, in particular, finance and investment banks.

Egg-on-my-face prediction: AWS will release a fully automated disaster recovery service that allows you to failover between on-premise and the cloud. It will be called AWS Fortress or Amazon Frontier.

Windows 7 support ends in early January 2020, which means that thousands of businesses will be preparing for a new solution. Will they upgrade to Windows 10 or will they look at something new and adopt a virtual desktop solution?

You can already run virtual desktops in the AWS cloud with AWS WorkSpaces. You can use WorkMail and WorkDocs to run your office applications and Amazon Appstream allows you to run your applications via web browsers.

As Windows 7 support ends, this is a great opportunity for AWS to make a push for this market. I expect them to upgrade their existing offerings to take full advantage of the opportunity.

Prediction: Improved versions of WorkSpaces, WorkDocs and WorkMail will be released to capture the attention of businesses at just the right time.

Egg-on-my-face prediction: The release of a portable Amazon Echo device that can also be used to connect to a monitor, keyboard, and mouse, as well as connect to Amazon WorkSpaces.

We’re starting to see services that are built using Amazon’s experience with machine learning. For example, Predictive Scaling uses machine learning models to predict expected traffic and usage for EC2 instances and will scale them accordingly.

I expect to see this functionality roll out to different areas of AWS to perform several tasks on your behalf before you even are aware that you needed to do them.

Prediction: Predictive technologies will be rolled out to EBS so that your EC2 and RDS volumes are automatically extended based on usage and traffic predictions.

Egg-on-my-face prediction: A new AI service that can predict the future and act before you even know the problem exists. It will be called Amazon HAL 2.0.
How well will I do in the year ahead? Only time will tell if my predictions are spot on or spotty. But one thing is for sure, that these technologies will keep evolving, getting better, and keeping us on our toes!