DXC Technology Interview Questions and Answers for Freshers and Experienced

Building the Solution: Setting up Virtual Machines for Your Microsoft Azure Cloud Platform

What Can Citrix Cloud Platform 4.3 Offer?

What Is Hamming Code, the Network Technique to Detect Errors and Correct Data 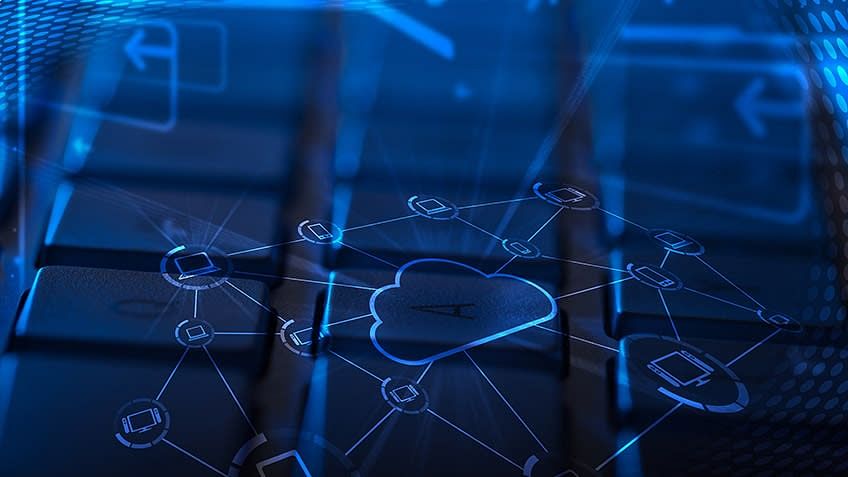 A long, long time ago, on an Internet far far away…

Alright, so maybe not! It’s actually happening right now, and the Internet is anything but far from us at any given point in our everyday life, as the smartphone within hand’s reach so aptly proves. In any event, it’s abundantly clear that there is a war of sorts being waged today between a handful of tech giants for dominance of cloud computing.

Once upon a time in the US, there were the Big Three automakers. Nowadays, in our digital age, we have the Big Three of cloud computing. Microsoft, Google, and Amazon are currently engaged in a three-way race for cloud mastery, with some surprising results. But before we get into the details, let’s establish something first.

Why Is This Important?

It’s not unreasonable to ask why all of this fuss is being made about which tech giant has the greater market share of cloud computing. Is the prize so worth it?

An increasing number of businesses are turning to the cloud for their IT needs, as it provides reliable and cost-effective means of delivering many services and benefits. Whichever corporation takes the lead in this vital market, will dominate the rest of the pack and be assured of the lion’s share of customers.

So, now that the importance of the stakes has been established, who then is leading the pack? Well, it’s complicated…

In the three-way horserace that’s cloud market dominance, Amazon Web Services (AWS) currently has the greater market share, with a 31% share and still growing, according to this piece in Forbes. AWS earned $12.2 billion in revenue in 2016 and first quarter revenues in 2017 were up by 42%, which is a pretty impressive figure. Furthermore, 64% of tech professionals run applications on AWS.

But we must balance the aforementioned stats with the reminder that Amazon has had a several year head start in its bid to be the top dog in cloud computing. If a front-runner is doing a halfway decent job of things, it’s difficult to lose a lead gained due to being the first one out of the gate, and without question Amazon is doing more than a halfway decent job!

If you’re curious, the remaining market share is divided among about 20 other cloud platform providers, such as Rackspace, AT&T, HPE, and Oracle, to name a few. Still, one cannot judge strictly on raw numbers. Instead, other factors must be taken into consideration, and it’s one of these “other factors” which paint a far more favorable picture for Amazon’s rivals.

…But Acquisitions Could Be the Game-Changer

One of the most effective ways a company can grow is by acquiring and absorbing other companies. The process of assimilation means increased resources and hopefully the acquired company’s customers as well.

If we use acquisitions as a yardstick, then the race for cloud dominance takes a different turn. Over the last five years, both Microsoft and Google have each acquired two dozen cloud-related companies since 2013, a significant boost over Amazon’s ten acquisitions. This is a clear indication of how serious a run that both Google and Microsoft are making at Amazon’s cloud market leadership, and the sheer number of acquisitions certainly can’t be just brushed aside and dismissed. While it’s too soon to make any rock-solid declarations, it’s easy to see that, if this rate of growth increases, Amazon’s competitors stand a good chance of toppling the giant off its perch.

Competition is a healthy thing, because it causes the companies involved to keep stepping up their game. Complacency means failure, so the contenders continue to try and outdo each other, and the chief beneficiary is the customer. After all, increased competition means lower prices, faster delivery of new product and updates, and a higher quality of service.

The Stakes Are High

According to a 2016 survey conducted by McAfee, 93% of all organizations have adopted some permutation of a cloud strategy. Much of this is in the form of Software as a Service (SaaS), Infrastructure as a Service (IaaS), or Platform as a Service (PaaS).

Add to this the everyday use of the cloud by consumers, many of who many not even be aware of just how much they rely on cloud computing, and you can see why this race is so important. Whether it’s a total cloud strategy or a hybrid one (cloud computing partnered with limited on-site infrastructure), the cloud is being adopted by increasing numbers. In fact, by 2020, cloud computing is expected to be a $162 billion industry.

So, by virtue of being the first ones as well as their strong online presence, Amazon sits pretty at the top of the heap, but rapid growth from the competition may put that position in jeopardy. It’s a wide-open market, full of potential and still in its relative infancy. Only time will tell, and the situation bears close watching.

Your Future in the Clouds

After reading this, you may ask yourself “What potential and opportunities does the cloud offer to folks like myself?” The good news is: plenty, and Simplilearn can help you break into this
exciting and rewarding field.

Whether it’s through Online Classroom Flexi-Pass or corporate training solutions, you will enjoy the benefits of 40 hours of instructor-led training, Microsoft official curriculum access, and 11 lab exercises. Once you complete the course, you will have your certificate in Azure infrastructure implementation.

Of course, if you want to try your hand with the front-runner, there’s always this AWS Solution Architect Certification Training course to consider!

Whichever way you go, you can be certain that the burgeoning cloud industry holds a lot of promise for a better career. Check it out now; there’s still time to be involved in the cloud’s formative years!