HomeResourcesSoftware DevelopmentKey Differences Between a String Buffer and a String Builder 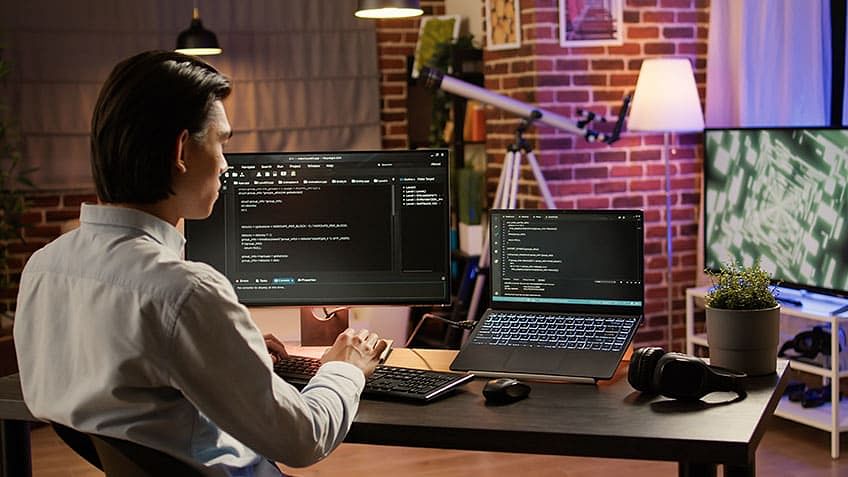 Only strings are used for I/O operations in Java programmes. As a result, strings are a crucial component of any Java application. Your name, roll number, address, and educational background are all specified using strings. Even measurable objects like 50 kg, 22 oz, 12 g, and many more might all be represented as strings.

This is the most fundamental class that Java offers. An example of a string might be apple, "pizza, or ''1234”. We may declare and define a string object in our applications thanks to the String class.

The unique quality of this class is that all objects produced within it are immutable (unchanged in nature). Every time the String object is changed, it produces a new object and assigns the modified value to it rather than changing the existing object. The distinction between a StringBuffer and a StringBuilder will also be covered.

Immutability is the property of an object that forbids modification after creation. Anyone who is familiar with programming could find this attribute boring. But did you know that James Gosling, the man behind Java, said as much?

What Is a String Buffer?

Unlike the immutable String class, the class StringBuffer is changeable. A StringBuffer class's capacity and character string. Dynamic changes can be made to StringBuffer. a changeable, thread-safe string of characters. A string buffer is similar to a string but allows for modification. It always includes a specific character sequence, but by calling specific methods, the length and content of the sequence may be altered. The usage of string buffers by many threads is secure. Sync is supported by StringBuffer. This indicates that no more than one thread may simultaneously call a StringBuffer method.

It uses an asynchronous StringBuilder. This suggests that many threads may call StringBuilder's methods at once.

What Is a String Builder?

StringBuilder is significantly quicker than StringBuffer since there isn't a preliminary check for many threads.

A changeable string of characters is represented by the Java class StringBuilder.

Contrary to the StringBuffer class, the StringBuilder class does not ensure synchronization.

As a result, this class is intended to be utilized in areas where a single thread previously used the StringBuffer as a drop-in replacement (as is generally the case). It is advised to use this class instead of StringBuffer whenever feasible because it will typically be quicker in most implementations. StringBuilder instances should not be used by multiple threads.

StringBuilder(): Creates a string builder with a starting capacity of 16 characters and no characters.

StringBuilder(int capacity): creates a string builder with an initial capacity determined by the capacity parameter and no characters in it.

StringBuilder(String str): Creates a string builder with the specified string's contents as its initial value.

Both the StringBuilder and the StringBuffer are mutable classes that may be used to perform operations on string objects, including string concatenation, string reversal, and more. We may alter strings without making a new object out of the string. String builders are not thread-safe, although a string buffer is. It is, therefore, quicker than a string buffer. The StringBuffer or StringBuilder class is used internally by the StringConcat + operation. Here are the variations.

Implementation of StringBuffer and StringBuilder Classes in Java

Performance Test of StringBuffer and StringBuilder

The application below demonstrates the speed advantage of the StringBuilder Class over the StringBuffer Class. Both of these classes have been used with an object that contains the string "Scaler." Then, after repeatedly adding a random string, we measure how long each string took to complete the identical task.

Conversion From StringBuffer to StringBuilder

The StringBuilder cannot be converted directly to the StringBuffer, much like the conversion described before. First, we must use the built-in function toString() [native code]

to convert the StringBuilder to a String object (). Now we can use the function Object() [native code] to create a StringBuilder.

Hope this article was able to clear out the key differences between Stringbuffer and StringBuilder. If you are looking to further enhance your software development skills, we would highly recommend Simplilearn’s Post Graduate Program in Full Stack Web Development. This course, designed in collaboration with Caltech CTME can give you access to the relevant skills and make you job-ready in a quick time.

If you have any questions or queries, feel free to post them in the comments section below, and our team will get back to you at the earliest.