AI Sees a Big Payday in the Financial Services Industry 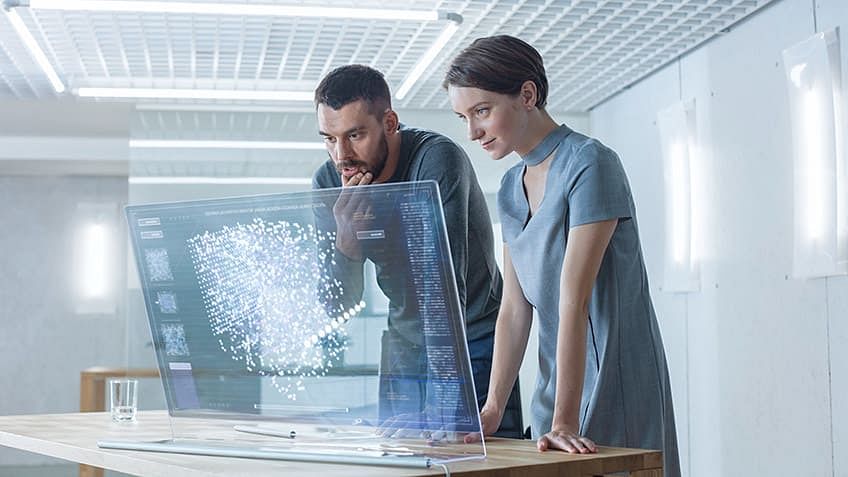 When the President of the United States signs an executive order promoting Artificial Intelligence (AI), it’s probably time to take add AI skills to your skillset and career considerations. We’re not saying become a full-fledged AI Architect or Machine Learning Engineer. But do consider how AI skills might become part of your job description in the near future.

AI Is the New Normal

Trump didn’t sign his executive order because he’s technologically inclined or prophetic. It’s more of a “catch up” move than a proactive one. Although it’s technically titled Executive Order on Maintaining American Leadership in Artificial Intelligence, some would argue the U.S. is not leading in AI, at least not yet and maybe not ever, as China is way ahead already. Nor does it offer funding to make this initiative happen, but it does ask federal agencies to make AI research a priority and it promotes the training of American workers in AI. In short, it lacks any kind of real power as an executive order, it seems.

But that shouldn’t matter to anyone interested in how AI will affect their future career and here’s why: This executive order is yet another strong indicator about the dominant role AI is already playing in our world, a role that will only expand.

Do You Need an AI Career? No, only AI Skills

So if we’re suddenly paying more attention to AI, does that mean every potential job of the future will be AI specific, like Machine Learning engineer, or AI architect? Not in the least. Obviously, those jobs will exist and grow in number, and other jobs will be integral to AI. One list of six in-demand AI jobs found at TechRepublic includes data scientist, research scientist, R&D engineer, business intelligence developer, and computer vision engineer. A similar list at Indeed also includes algorithm engineer, principal scientist, statistician, director of analytics and data engineer.

However, an AI-focused future does not mean an AI-focused job, rather that you add AI skills to your skill set. In many other cases, AI will become an integral part of other IT jobs including network analyst, a security analyst and cloud engineer. AI will also affect jobs other industries as we’ll see increased demand for cybersecurity professionals, business analysts, and financial analysts with AI skills. AI skills will soon become required in decidedly non-technical fields as well. You can already find them included in business, finance and real estate job listings. In fact, AI Index reports the share of jobs requiring AI skills in the U.S. has grown 4.5x since 2013.

Will Workers Be Ready? Will You?

Yet as AI skills become an integral part of all kinds of jobs, both technical and non, we have a problem: lack of those skills. Experts say AI will create 2.3 million jobs. The question is, will there be 2.3 million people with the right skills to do those jobs once they’re created?

We already have a skills gap at the highest levels, with too few people trained for specialized AI roles. It will be interesting to see if that skills gap trickles down into the kinds of jobs described above—those that aren’t AI-specific but require AI skills.

And that’s where you can get yourself ahead of the game. By learning skills required for AI roles in the future, skills like Python or R programming languages, data science or Robotics Process Automation (RPA), you’ll be ahead of the curve and ready for whatever comes next. Because you don’t necessarily have to be a full-fledged AI architect or Machine Learning engineer to be ready for AI.

Trump’s executive order on AI is hardly ground-breaking, since the previous administration had already been exploring it and several AI leaders had been pushing for it. But if you’ve been looking for that one nudge you needed to push you towards the importance of learning AI skills to enhance your career, consider this it. Because a techie Trump is not, but even he can see the value in AI. Can you?