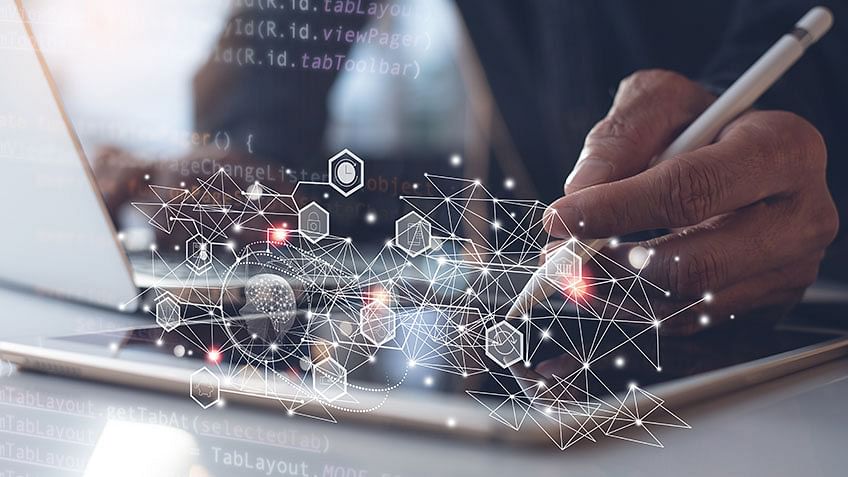 Generative adversarial networks (GANs) are a type of deep learning architecture that has gained significant attention in recent years due to their ability to generate highly realistic synthetic data and is difficult to distinguish from real data.

GANs have been applied to many applications, including image generation, video prediction, and 3D object generation. From photo inpainting to clothing translation, GANs solve various problems and create new opportunities in multiple industries.

This article will list some of the most popular and impactful applications of GANs in multiple fields.

What Is a Generative Adversarial Network (GAN)?

Generative Adversarial Networks (GANs) are a form of deep learning algorithm that enable computers to generate new, artificial data based on existing data sets. They were first introduced in 2014 by Ian Goodfellow, a computer scientist, and Research Scientist at Google Brain.

A GAN comprises two neural networks: one that generates images and discriminates between real and fake photos. The discriminator's job is to determine whether or not the generated images are real or fake.

If it determines that the image is fake, it gives feedback to the generator so that it can adjust its output to better match actual data. This process continues until the discriminator cannot tell real from fake—at which point the generator has reached an optimal level of performance.

Your AI/ML Career is Just Around The Corner!

How Do Generative Adversarial Networks Work?

Generative Adversarial Networks (GANs) are a type of machine learning algorithm. They consist of two models that work together to learn how to generate new data, such as images or sounds.

The generator learns how to make better fake images by trying different combinations of parameters during training time. It gradually improves its output over time until it produces realistic-looking results that the discriminator won't be able to tell apart from real data anymore! It uses authentic images as examples for its generation process.

Implementing Generative Adversarial Networks (GANs) is one of the most critical developments in deep learning. It's a foundational technology you can use to train networks to do all sorts of things, from creating 3D models from 2D images to generating images based on text descriptions. GANs are also primarily responsible for the recent explosion of AI-generated art, which has taken the world by storm.

Adversarial training refers to the idea that two neural networks can learn how to compete with each other - one network acts as an adversary who tries to fool the other network into thinking it's actual data. In contrast, the other network tries to distinguish between real and fake data.

Gradient descent with backpropagation refers to adjusting weights to minimize errors, which is what this system does when it learns how to differentiate between fake and accurate data.

Several frameworks provide tools and libraries for implementing and training GANs, including:

GANs can be used to generate new examples for image datasets in various domains, such as medical imaging, satellite imagery, and natural language processing. By generating synthetic data, researchers can augment existing datasets and improve the performance of machine learning models.

GANs can generate realistic photographs of human faces, including images of people who do not exist in the real world. You can use these rendered images for various purposes, such as creating avatars for online games or social media profiles.

GANs can generate realistic photographs of various objects and scenes, including landscapes, animals, and architecture. These rendered images can be used to augment existing image datasets or to create entirely new datasets.

GANs can be used to generate cartoon characters that are similar to those found in popular movies or television shows. These developed characters can create new content or customize existing characters in games and other applications.

GANs can translate images from one domain to another, such as converting a photograph of a real-world scene into a line drawing or a painting. You can create new content or transform existing images in various ways.

GANs can be used to generate images based on a given text description. You can use it to create visual representations of concepts or generate images for machine learning tasks.

GANs can translate images from a semantic representation (such as a label map or a segmentation map) into a realistic photograph. You can use it to generate synthetic data for training machine learning models or to visualize concepts more practically.

GANs can generate frontal views of faces from images that show the face at an angle. You can use it to improve face recognition algorithms' performance or synthesize pictures for use in other applications.

GANs can generate images of people in new poses, such as difficult or impossible for humans to achieve. It can be used to create new content or to augment existing image datasets.

GANs can be used to convert photographs of people into emojis, creating a more personalized and expressive form of communication.

GANs can be used to edit photographs in various ways, such as changing the background, adding or removing objects, or altering the appearance of people or animals in the image.

GANs can be used to generate images of people at different ages, allowing users to visualize how they might look in the future or to see what they might have looked like in the past.

Your Dream Career is Just Around The Corner!

GANs can blend two or more photographs, creating a new image that combines elements from the original images.

GANs can fill in missing or damaged parts of photographs, creating a more complete and visually appealing image.

Video prediction is generating future frames of a video based on a given sequence of past frames. GANs have been used to develop systems that can generate realistic, high-quality video frames that accurately predict the future evolution of the scene.

3D object generation creates 3D models of objects or scenes from 2D images or other data. GANs have been used to develop systems that can generate realistic, high-quality 3D models of objects and settings, such as buildings, cars, and people. You can use these systems for various applications, such as virtual reality, video games, and computer-aided design.

Stay ahead of the tech-game with our Professional Certificate Program in AI and Machine Learning in partnership with Purdue and in collaboration with IBM. Explore more!

Want to become an expert in AI and ML?

AI is the future of computing, changing everything we work, play, and live. Whether you want to join the revolution as a developer or just learn more about it to understand what’s happening around you, Simplilearn’s Post Graduate Program in AI and Machine Learning has your back.

IBM’s partnership with Caltech offers unique access to some of the best minds in AI and ML. With this program, you can learn from Caltech faculty and IBM experts in various formats, from masterclasses to hackathons, and get hands-on experience building your AI-powered applications.

1. What are the applications of generative adversarial networks?

Generative adversarial networks are a new tool for creating and training machine learning algorithms. GANs have applications in many industries, including:

2. What are the applications of generative models?

Generative models are a set of algorithms that generate data, usually in the form of text or images. They can be used to create new content, such as machine-generated poetry or fake news, or to model the underlying structure of existing data.

Generative models have applications in many areas, including natural language processing, computer vision, and robotics.

3. Are GANs used in computer vision?

GANs are used to generate new images from existing ones, which is useful for video processing, photo editing, and other areas of computer vision.

4. Are GANs used in industry?

Yes. GANs are being used in a variety of industries, including:

5. What are the 4 applications of AI?

The four applications of AI are:

6. Why are GANs better than CNN?

GANs are better than CNNs because they can: