HomeResourcesCareer Fast-trackHow to Attract and Retain Women in STEM Careers

How to Attract and Retain Women in STEM Careers 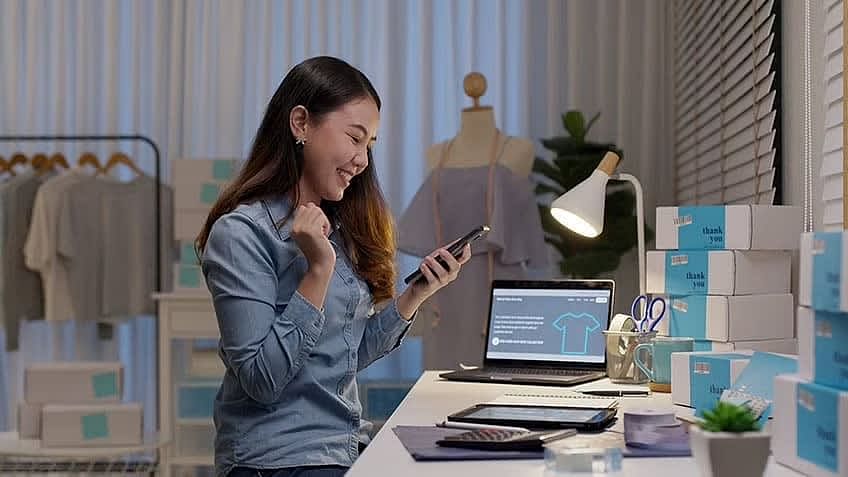 The percentage of women in STEM careers lags far behind its potential.

That’s not exactly a giant leap in percentage after 52 years.

There is a high percentage of women employed in science-related health care jobs. Still, they lag far behind in engineering (15%), computer science (25%), and physical science (40%) occupations, reveals a 2021 report by the PEW Research Center.

It beckons the question of why there are so few women in STEM careers, especially given that STEM careers pay more than double non-STEM jobs on average, and the forecast is for these jobs to grow through 2030.

Surveys point to middle and high school as the critical periods when a young woman determines whether or not to consider a STEM-related career. A 2018 Microsoft Philanthropies report says 31 percent of middle school girls perceive jobs requiring coding and programming are “not for them.” In high school, the number jumps to 40 percent. By college, 58 percent of young women have opted out of STEM-related fields.

A 2022 survey of tech and IT workers, cosponsored by Girls Who Code and Logitech, illuminates motivators for women who choose STEM-related fields. The study also provided remedies for improving the number of women in these profitable, growing careers.

The market research firm IPSOS conducted the survey among a sample of 400 adults, 200 women and 200 men, between 18 and 35 years old. They had less than 10 years working as developers (computer programmers, web developers, software developers) or IT professionals (computer systems analysts, information security analysts, database administrators, network administrators, and architects).

Transform yourself into a cloud professional.Enroll Now

Early Influences Have a Significant Impact

Sixty percent of the women said it was a parent or a teacher who encouraged them to study computer science. For young women, high school teachers have the most influence on women on whether they choose an IT or tech career. More than a third (38%) of female respondents stated their interest in computer science developed in high school. The other most-influential periods were college (18%) and middle school (18%).

A Passion for the Profession

A passion for the industry is a catalyst for women choosing a computer science-related career. Women said they became drawn to tech and IT due to a passion for computers (35%) and an interest in how things work (33%). Only 26% of men answered the same.

A job that positively contributes to the world is central to most women’s career choices. A whopping 92 percent of women answered that the ability to make a meaningful contribution to society is a primary factor in their career development.

Help and Encouragement Through Networking

Women benefit from support communities to deal with “a pervasive sense of judgment they feel before and during their tech careers.” Ninety percent of the female respondents said they have experienced microaggressions (unintentional insults, slights, indignities to a marginalized person or group) at work. Examples include:

The report suggests women who have these experiences or who hear about them from other women, which could be why 44% of the women surveyed said they participated in a woman-only college computer science program. Also, nearly twice as many women (31%) in tech seek support through professional networks than men.

Despite these negatives, the report says that women in the field remain positive about their career choice. Ninety-one percent who continued in tech or IT industries would recommend it as a career for other women. This sentiment signals an opportunity to support women in the industry and to help those entering the profession.

Getting Men Educated and on Board

The survey suggests that very few men recognize the hostilities endured by their female colleagues. Most men surveyed (80%) said their company creates a good environment to integrate male and female workers. However, over half (56%) of these respondents said: “in hindsight, they have been patronizing towards female colleagues; they acknowledge women have fewer opportunities to advance in the IT sector (60%); and that women may feel intimidated working with men and their team (58%).”

There’s broad agreement that promoting computer science to young women is critical to hiking the percentage of women in tech. Here are some other suggested remedies:

Encourage Participation in Clubs and Activities

Again, the key is to nurture an interest in STEM-related careers at an early age. According to the Microsoft report, middle school girls participating in STEM clubs and activities are more than twice as likely to want to study physics in high school and nearly three times as likely to say they’ll study engineering.

The impact of mentorship is immeasurable to encourage more women in tech. Mentors are needed at all levels: elementary, middle school, high school, college, and the workplace. Organizations such as Girls Who Code have a positive influence on young girls. According to Girls Who Code, it has served over 500,000 girls, women, and nonbinary people, and its alums choose computer science majors at seven times the national average.

The survey report’s authors suggest that workplaces embrace Agile principles to start a dialogue with female employees to find out what matters most to them. Ensuring pay equity is another factor in attracting women to STEM professions. The authors also point out that women value job flexibility and collaboration opportunities.

Men can help by considering and addressing their behavior toward women in the workplace. Male team leaders and executives must identify and deal with sexist actions and behaviors in the workplace.

Whether you’re a woman in a STEM-related profession or aspire to work in one, taking online courses and gaining certification can be essential in preparing you for success in an ever-changing industry. Simplilearn offers a valuable array of flexible, online learning courses developed with esteemed partners such as Caltech, Purdue University, IBM, AWS, and Microsoft — among others.

Courses in just a few categories Simplilearn offers include:

Data Science and Business Analytics – Businesses are working to harness actionable insights from mountains of data. Simplilearn’s post-graduate programs will prepare you for this valuable, highly marketable specialty.

Cyber Security –  Learn the technologies and practices used to protect networks, computers, and data from hackers, attackers, and unauthorized users. Companies prize cybersecurity professionals for their ability to spot vulnerabilities, prevent attacks and respond to emergencies.