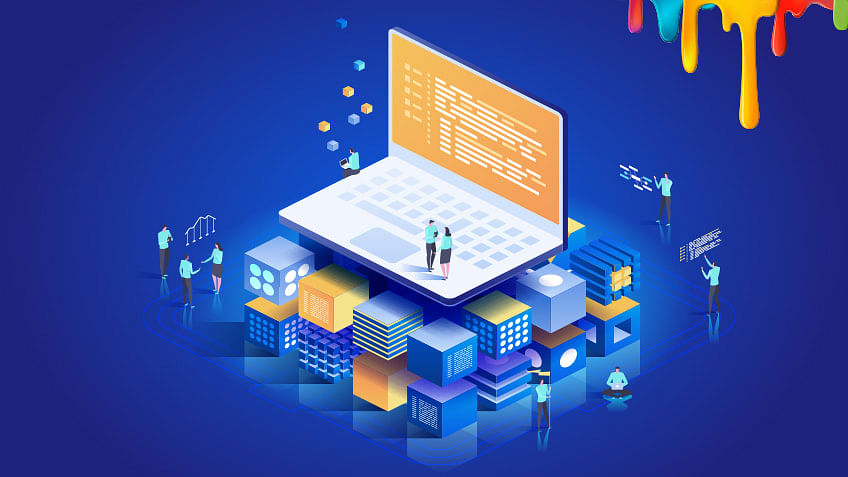 Web development, as a career, is experiencing strong growth. And as the demand for web developers begins to outpace the supply of qualified professionals, those with an interest in the field and a desire to learn new technologies have an advantage when it comes to landing a well-paying career with exceptional potential.

Web developers play different roles. Some focus strictly on backend or frontend development, while others choose to expand their skill set to include both (as a full stack developer). Specialization is critical when pursuing a career in web development, with backend engineers benefiting from a more excellent command for their skills and experience.

Backend development can be a fulfilling career choice for those with web development experience or who have a keen interest in development technologies. What is it exactly that a backend developer does, and how can you begin working towards earning the qualifications for this exciting career? Let’s take a look.

What Is a Backend Developer?

There are essentially two components to web development—backend and frontend. When a visitor lands on a website, what they initially see and experience are the efforts of frontend development. The average internet user gives little thought to what goes on behind the scenes of web development, but that doesn’t mean that a backend web developer’s role is any less critical. The quality of user experience a website provides is dependent upon backend programming.

Read more: How to Become a Front End Developer

A backend developer’s role is to focus on details like building an effective website architecture, scripting, and writing code that serves as a means of communication between the website's database and the browser the site visitor is using.

For those who choose backend development as their career, daily core responsibilities include:

Are Back-end Developers in Demand?

How to Become a Back-end Developer?

Step 2: Get a Clear Idea About the Data Structure and Algorithm Basics

Frameworks are a template where the developer can add, edit and alter the coding according to their needs. Although learning a programming language helps the developer to write any code, learning and using a framework is a time-saving way where you can use the same framework for multiple purposes. It cuts off rewriting the code every time.

A database is a kind of storage zone and a structured data storage that can be accessed electronically.

Learning about the database is vital for back-end developers because it is the vault where they store the data through their programming language.

Theoretical knowledge will never suffice in any field. The developer can not understand the techniques and formats behind any programming language until they practice it. Write your code and run it in the coder. Analyze the errors.

With enough practice, create unique ideas and develop them into any software. It is always better to start by modifying the existing software's algorithm and understanding the modifications' output.

Once done, start developing your idea and add it to your portfolio.

Now it is time for the developer to make their product available online like any cloud service that provides www. access. Pitch your product to multiple companies and bag your back-end developer job.

What Skills are Required in Backend Development?

One of the most critical skills of a backend developer is a depth of knowledge in backend programming languages. This includes proficiency in PHP, Java, Python, Perl, Ruby, and Node JS. Proficiency is essential, not only for performing daily tasks but also for working alongside frontend developers for developing solutions.

Because backend and frontend developers work so closely together, it’s also helpful to have a foundational understanding of front-end web technologies (HTML and CSS, for example). Additionally, knowledge and practical use experience with Mongo DB’s and Express help maximize your frontend capabilities.

Of course, there are non-technical skills that are required of backend developers. Those who choose this as a profession should be comfortable with analytical processes, have well-developed problem-solving capabilities, be interested in emerging technologies, have decent communication skills, and be able to work independently as well as being comfortable working with others, sometimes as part of a collaborative team.

Areas of Work for Backend Engineers and Developers

Backend developers can find career opportunities in a variety of industries and locations. Some backend developers work exclusively with one company, while others work for agencies that specialize in web development for their clients. Beginning a career in this field requires learning the various aspects of server-side language and gaining an understanding of the other tools used daily. It’s also recommended that you seek an entry-level position to gain practical, hands-on experience.

Employers who hire backend developers tend to value a mixture of relevant education, updated skills training, and practical experience in the industry. A passion for learning new technologies is a significant plus in the web development industry. Those who move up the ranks toward senior backend developer positions often possess a strong knowledge of frontend development. If you’re interested in a fruitful career in this field, starting with backend development training is the first step. Moving on to frontend, or full-stack development certification is an important future step for optimizing your career opportunities.

According to the Bureau of Labor Statistics, the career outlook for web development is favorable, as the industry expected to grow much faster than average. As with most web development careers, location can make a big difference in terms of average salary.

According to Glassdoor, the average salary for a web developer in the United States is $75,487 per year, with specializations leading to a higher average salary. Top cities where web developers earn more than the national average include San Francisco, Seattle, New York City, Los Angeles, and Chicago. Those who pursue additional training and education to become full-stack developers are typically able to command higher salaries.

To give you a sense of how fast the field of web development—including backend developers—is growing, consider the fact that there were approximately 148,500 positions for developers five years ago. Looking ahead five years into the future, that number is expected to grow to an estimated 188,000. This is substantial growth, which indicates a promising future for those who are just now getting their foot in the door of web development.

1. How long does it take to become a back-end developer?

2. Is it hard to become a back-end developer?

No, if the person is interested in programming and its skills, they can become a back-end developer. It might take time, but it is not more challenging.

3. Do I need a degree to become a back-end developer?

No, it is not necessary. Anyone with the knowledge and skills related to programming can become a back-end developer.

4. Which language is used in back-end development?

5. How much does a back-end developer make?

Simplilearn offers such a course with their Full Stack Web Developer–MEAN Stack Master’s Program. This course is designed to help you advance your career as a web developer. When taking this course, you’ll master the elements of becoming a backend developer, as well as those involved in frontend technologies. Taking a course like the one offered by Simplilearn is a surefire way to set yourself on the fast track to career success.

This comprehensive course will help you understand precisely what backend developers do. You’ll gain a practical, hands-on skillset in thorough Node JS certification training, Angular training, MongoDB developer training, and the fundamentals of JavaScript, among other tools.

This course is perfect for anyone interested in becoming a backend engineer or expanding their knowledge of full-stack development to enhance their income earning potential. The MEAN Stack Developer Master’s Course is ideal for any professional or student with an interest in learning MEAN Stack, web developers, IT project managers, and entrepreneurs who want to develop a skill set to effectively handle their web development.

Are you ready to take your web development career to the next level? Get your foot in the backend development door by learning the skills you need to fuel fast growth along your career path! We encourage you to contact Simplilearn to learn more about our Full Stack Java Developer Master’s Course today.