An Introduction to Power BI Dashboard

How to Hire a Data Scientist for Your Organization 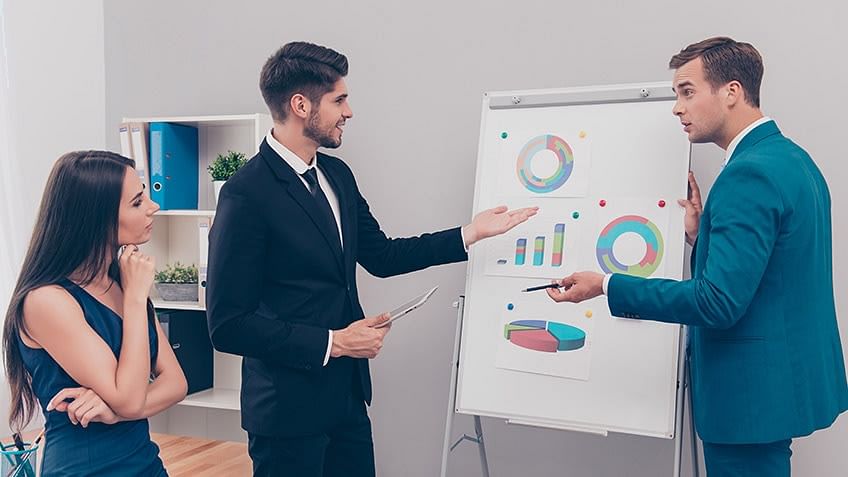 If your organization is like so many in the world today, you’re confronted with the challenge of harnessing and utilizing Big Data. That means you’re going to hire data scientists at some point if you haven’t already. Hiring Data Scientists sounds like a straightforward task, but it’s not. On one hand, you face fierce competition for the limited pool of qualified candidates while on the other hand, you have to make sure that your hire fits in with your organization’s data needs and corporate culture. So, the traditional approach of hiring might not work for you.

Big Data is driving all kinds of change in the business environment, and it should probably result in a change in hiring approaches too. Rather than approach your hiring task with a traditional mindset or a cookie-cutter approach, consider taking a new, data-driven approach like that outlined below. It’s a data job you need to fill - It only makes sense to take a data-based approach to filling it.

When you set out to design your process for recruiting and hiring data scientists, remember - Yours is just one of many organizations trying to hire a data scientist. IBM predicts that the demand for data scientists will soar 28 percent by 2020, and you probably already know that we have fewer qualified professionals than the job openings. Your potential candidates might be competing for jobs, but you’re competing for candidates. The more streamlined your hiring process, the better it will help you compete for the cream of the crop.

This competition makes time a factor as well. Hiring can be a time-consuming process, whether you’re in HR or you’re the lead of the data science team. If you find what you consider to be an ideal candidate but take too long to make an offer, he or she might be snatched up by another employer before you get the chance. Again, a streamlined process can help, as you not only find the best candidates but also move faster than the others to make your offer.

Streamlining your process does not mean lowering your standards to hurry up and get someone hired. It means making the process more efficient and faster while producing quality results - candidates with all the skills you need, not just data skills.

Your job candidate might know Python, R, SAS, Tableau, analytics and more, but a well-rounded candidate offers you so much more. Just because you’re a Big Data specialist doesn’t mean you’re a hiring specialist. How can you be sure to hire the best data scientist for your organization, without investing too much time and running the risk of losing out on the top candidates?

How to Recruit Data Scientists—Take a Data-rich Approach

The best advice out there, tried-and-true, and designed by a Big Data expert tasked with hiring data scientists, comes in the form of an article titled How to Consistently Hire Remarkable Data Scientists. Written by Jeremy Stanley when he was Chief Data Scientist and EVP Engineering at Sailthru, the lengthy but insightful article offers exceedingly thorough advice on how to hire data scientists, including the factors which he and his team wanted to improve upon when they started building the process.

The data science team at Sailthru had four goals when they set out to efficiently hire data scientists: maximize the accuracy of the hiring to get exceptional employees, ensure the success of the process by making offers that would be accepted by these candidates, minimize the risk of the candidates abandoning the process early, and minimize the degree of effort required to save the team time.

To enable the achievement of the four goals, the team realized that it was important to incorporate the following principles into the hiring process:

The result of this recruiting redesign was a lengthy six-step hiring process that Stanley details in the article. That process includes a take-home test used for pre-screening data science candidates, and an entire day spent on site working with the team (what they call Data Day). With all the information they gather about and from the candidates through these steps, the team is able to make knowledgeable decisions about the best possible candidates, and act quickly to get them hired before someone else does.

This process was not put together by guesswork but is based on data about the hiring process in general and a thorough consideration of ways to improve the whole procedure. In the article, Stanley gives the background behind the redesign, as well as detailed information about how candidates are reviewed based on their take-home tests and Data Days, and how the team works together to make hiring decisions.

If you’re tasked with hiring data scientists, the article How to Consistently Hire Remarkable Data Scientists is well worth reading.

Commit to Hiring the Best, Even If You Must Redesign Your Process to Do So

It’s possible to do a poor job of hiring because most people don’t know how to recruit data scientists, let alone hire the best ones for a particular job. And, without the right team members, it’s almost impossible to build an effective data science team. With a data-driven approach that moves past the traditional hiring process to one like that described at Sailthru above, you can hire data scientists that have the hard and soft skills you need, fit in with the culture at your organization, and come to work proven to be the best fit for you.

Want to know more? Check out this video.

Shardul heads Product Management at Simplilearn. He has over 10+ years of entrepreneurial experience in building products for international markets in domains such as education, video, and sports. Prior to this role, Shardul was a co-founder at a SaaS-based video-tech startup. He believes in first-principle thinking and is a life-long student of human behavior, user experience, data-driven decision making, and lean thinking. Shardul is a computer engineering graduate from Pune University, India. He is an avid reader, enjoys long drives and travel.