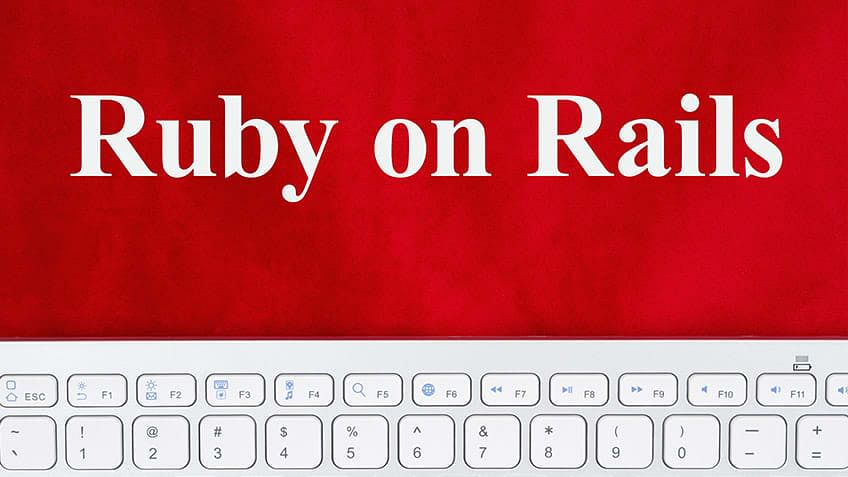 Ruby on Rails has shown fast-paced growth in terms of popularity amidst some well-known programming languages, such as Java, Python, and PHP. Given how many people prefer to use Ruby on Rails, there’s a good reason why it enjoys such popularity and why Ruby developer salary is constantly on the rise. Ruby is a dynamic language for object-oriented programming. What sets it apart from various others is that it is very much like English and closely resembles human language usage. This means developers who are not well-versed with coding can also learn and understand Ruby codes to a certain extent.

Rails was introduced nine years after the release of Ruby, and it is a web development framework in the Ruby language. Like any other programming language, learning to use Ruby on Rails can be a daunting task. However, with promising growth and scope in recent times and in the coming future, becoming an RoR developer can be a wise career choice. With Rails, you can build high-performance websites of varying complexity with ease. If you’re considering a career as a Ruby developer and want to explore Ruby on Rails developer’s salary, here’s everything you should know.

Skills Needed to Be an RoR Developer

You can expect an impressive Ruby on Rails developer salary when you possess certain skills that give you a professional edge. Here are some skills you should focus on building when you aspire to become a successful RoR developer.

It is common knowledge that when you plan to master a certain skill, you need to get to the basics first. In terms of RoR, it is essential that you understand Ruby language and take your time to become proficient in coding using Ruby. Since RoR website development requires you to write codes using Ruby, mastering it means having the skills to understand the advanced operations of Ruby on Rails.

When starting with Ruby, you should focus on understanding the syntax and Ruby callbacks so that you can easily implement those callbacks in real-life scenarios. Secondly, when you have a good hold of OOP, it helps you check the compatibility of codes to ensure they function without any errors in the real-time world.

Some of the key concepts of Ruby on Rails that every RoR developer should be well-versed with include the MVC framework, ActiveRecord, and REST API. MVC or model-view-controlled framework is written in Ruby, and it is a key structure used in web development. When you master this concept, you can build user-friendly web and mobile applications.

ActiveRecord gives you access to the Ruby library, using which you can work on the Rational SQL database. Knowing how to work with ActiveRecord completes your skills when you become an RoR developer. REST API aids in the exchange and transfer of data, and when you create a Ruby application, it requires this API to function well. Since REST API helps with easy configuration and processing, it is of great help when you manage an app.

Certain skills are a useful part of the web and mobile application development irrespective of what platform you use. Some such skills include JavaScript, HTML, and CSS. JavaScript enables you to search any DOM, HTML is an integral part of developing apps using Ruby on Rails, and CSS allows you to present your HTML in a better way. Therefore, getting the hang of these skills gives you a professional edge over others.

Database skills are the backbone of app development, and having a good knowledge of using and expertise in SQL as well as MYSQL and PostgreSQL helps handle application downfalls. For Ruby on Rails-powered app development, ActiveRecord comes in handy in writing SQL codes. And when you’re well-aware of SQL, troubleshooting gets easier.

Application development is a multi-layered process, and one such layer of the process is code management. This is why it is crucial that you know how to use GIT so that you can create branches on the tool and push codes into it. Some standard deployment tools that prove to be useful in app development include Heroku, CI, and Docker. Also, tools like Trello, Asana, and Pivotal help manage the stages of app development by allowing you to raise tickets and get every task completed pertaining to your web or mobile app development process.

Every web application requires a robust testing and validation strategy in place to ensure the application serves its purpose well and functions as it is supposed to. This is why RoR developer training encompasses courses that specifically focus on end-product testing. This involves running dummy commands in order to identify, address, and troubleshoot loopholes. Once you test your application, it can be launched with confidence.

While all these skills are imperative to becoming a successful RoR developer, one of the main ingredients that bring together all these skills is the passion for programming. Learning how to develop RoR applications is an intensive process, and consistency in efforts results from passion and interest in programming.

Ruby on Rails—Roles and Responsibilities

When you become a professional RoR developer after successful training, there are certain core responsibilities and roles that organizations enlist for the profession. First of all, the main role of an RoR developer is to develop and design new web applications. As an RoR developer, you are also expected to maintain existing web applications by making changes, upgrading, and troubleshooting them. This also involves identifying bugs and bottlenecks and finding efficient ways to fix them. An RoR developer is expected to be proficient in writing and maintaining Ruby codes and creating back-end components.

RoR developers also coordinate with other teams, such as the front-end team, in order to integrate user-facing components designed by them. Other responsibilities include connecting different applications with added web servers and successfully maintaining APIs.

Ruby on Rails developers get paid well, and it is one of the highest paid profiles in business. Additionally, there’s also an increase in job opportunities for RoR developers. As per the Bureau of Labor Statistics, you can expect a 25% growth in the job outlook for RoR developers. This indicates a good growth ratio in the Ruby on Rails field, making it a very good career choice.

As per Glassdoor, a Ruby on Rails developer’s salary is estimated to be INR 9,00,000 as an average base pay in India. However, the salary of a beginner Ruby developer would depend on various factors, such as their skill sets, knowledge, hands-on experience, location, and the company that the developer would work for.

Why Is Ruby on Rails One of the Highest Paid Jobs?

The demand for a certain service or skill is what decides the salary for a certain position. In terms of Ruby on Rails, RoR developers’ salary ranges have been quite high in recent times because the apps developed using Ruby on Rails are far more sophisticated than various other development frameworks. However, that is just a part of the reason. Here are several other reasons why Ruby on Rails developer salary is constantly rising.

Ruby on Rails not only offers an easier and cleaner codebase to work with but working with this framework is a less time-consuming process when developing apps. With a faster process, organizations get to cut down on development-related costs, allowing them to offer higher Ruby on Rails developer salary.

RoR is packed with automated features, which adds more efficiency to the development phases while helping save costs involved in manually getting a task done. Therefore, the total project cost is relatively lower.

Ruby on Rails is a versatile programming framework that brings together the advantages of dynamic languages while also bringing you the efficient concepts and solutions that static languages are capable of offering.

The RoR framework and most of its libraries are open-source. There is a large developer community that offers unparalleled support, making it a preferred choice for organizations.

When you work with the Ruby on Rails framework, it offers you extreme flexibility with respect to making changes to data models. You can also perform some of the more complex modifications with ease and in a simple manner.

Almost every start-up prefers to work with Ruby on Rails, and likewise. Many top-tier companies such as Airbnb, Goodreads, Shopify, Hulu, and Basecamp use this technology for their web projects. This is a good indication that Ruby on Rails is a ready-for-the-enterprise framework that offers multitudinous benefits to organizations, brands, and businesses and is also an amazing career prospect for anybody interested in becoming an app developer.

Ruby on Rails was launched over 15 years back. However, it is continuously updated to incorporate the latest features to make it a flexible development framework. This attracts many aspiring programmers and developers and explains why Ruby on Rails Developer salary is among the highest in the field of web and mobile app development. If you plan to become a Ruby on Rails developer, opting for a well-planned certification course like Simplilearn’s Post Graduate Program in Full Stack Web Development will help you build both credibility and skills essential to becoming successful. Once you have the right training and hands-on experience for a few years, you can expect a good salary and a wider scope, having the opportunity to collaborate with leading companies and start-ups.