14 Essentials of Social Media Marketing to Boost Your Business

The Science Behind Influencer Marketing 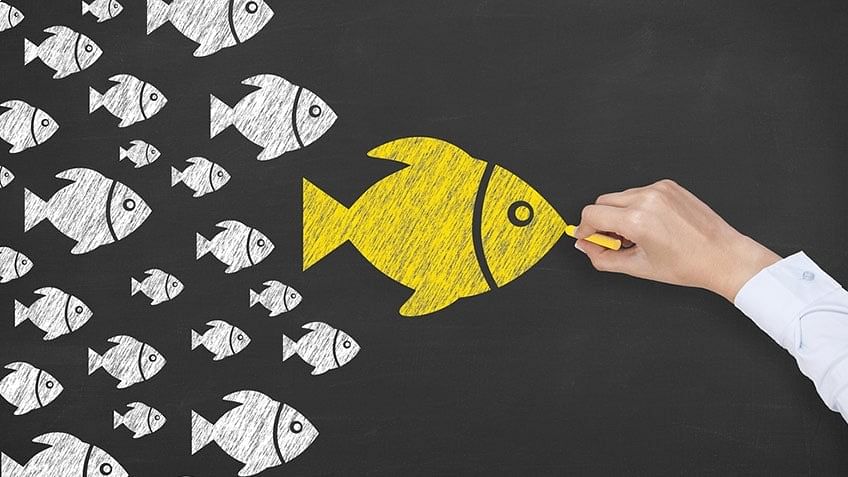 A scientific approach to picking the right influencers and persuading audiences

For decades, researchers have been studying the factors that compel people to not just listen to certain speakers but also act on their ideas.

In the business world, where we talk about “conversions”, we’re talking about the audience – fans and followers who have been convinced that a particular brand or product can actually meet their needs in the best way possible.

So what drives people to follow one influencer over another? Research indicates there are certain psychological factors at play.

Understanding why people watch and follow certain YouTube channels over others, or why people retweet and share tweets from one user over others, helps us better understand how we can use this science to improve our marketing strategies.

The science behind influencer marketing is also meant to help entrepreneurs and marketers develop effective marketing strategies that are based on sound scientific principles.
There are several theories of influence and persuasion that accurately model user behavior. Understanding these principles can help you pick the right influencers and persuade audiences better.

In this article, we investigate a few of these theories and learn what makes them so effective.

In the context of influencer marketing, this hypothesis tells us that the more certain influencers are about their subject matter, the more believable they will be and the more influence they will wield.

In other words, if an influencer has mastery over their subject, they are likely to have more influence on their audience.

When picking an influencer, find one who:

2. The Conversion Theory: Vocal Minorities Hold a Lot of Influence in Groups

When dealing with groups, a minority in the group can hold a lot of influence by converting the majority to their cause.

This is often the case because the majority in the group may not have formed strong beliefs or opinions yet. The majority may simply be going with the flow because there is no better alternative, or, quite simply, because it's the path of least resistance.

Additionally, the silent majority may be disillusioned with the group's process, purpose or leadership, and may be lookig for a worthwhile alternative.

If you have an idea that doesn't yet have universal acceptance, seek voices or influencers within the group who are consistent, confident, unbiased, and reasonable – and you may still be able to sway popular opinion to your side.

Priming involves offering a seemingly unrelated stimulus to influence short-term thoughts and actions. Additionally, priming makes it easier and faster for audiences to recognize what you want them to take away from a message.

In essence, priming brings old thoughts or ideas to the surface. It introduces new things into a person’s subconscious, making the primed ideas more accessible and more likely to be accepted.

Examples of priming include

People tend to feel obliged to return a favor. The giver is then usually able to either:

For example, if you offer a small inexpensive trinket or helpful “usually-paid-for” information as a gift, you can easily request and get audiences to subscribe to a certain website.

If you offer your time, money, insights, or information in a way that’s helpful to your audience, then they will very likely feel obliged to align themselves to your cause by returning the favor.

Use social currency with influencers and audiences. For example, if you give your influencer gifts for themselves and for their audience, it will be easier for the audience to feel obliged to do you a favor in turn. Additionally, the influencer will also feel obliged to support you more.

However, you need to measure the social currency that you give. Otherwise, you may elicit feelings of manipulation which tend to be counterproductive.

Examples of social currency include:

Giveaways carry more media value than any other form of social currency.

5. The Scarcity Principle: People Desire More of What They Think They Can’t Have

When people feel they lack something that is scarce, they desire it more. Furthermore, if it is anticipated that someone else will greatly benefit from the scarce item, the desire for the scarce item is heightened.

For example, an offer for a service that is due to expire in24 hours (scarcity of time - creating a sense of urgency).

You can create great desire for a product or service by making it scarce. In essence, sell the pain of missing out.

6. The Sleeper Effect: Messages with Low Persuasion Tend to Gain Persuasiveness Over Time

Persuasive messages tend to lose their impact over time. However, under certain conditions, the sleeper effect predicts that messages that have a low persuasion quotient (because they are from a low credibility source) tend to increase in persuasiveness over time, especially when the low credibility messenger is dissociated from the message.

Even if you have a biased messenger or influencer, if the message is powerful enough, it will still have a strong impact.

When youth were asked if celebrity support of a product would make them more likely to buy it, 18% said YES, 25% said NO, and 57% said MAYBE.

7. Social Influence: Influencers Cause a Behavioral Change in the Audience

Social influence is the behavioral change that an influencer can cause based on the perception of the relationship between the audience and the influencer.

The Trifecta of social influence includes:

For example, if a doctor wearing a white lab coat and stethoscope tells you that a certain product is healthy for you to eat, you will tend to obey without question.

A research project carried out by Yale University found that persuasive and influencers had certain characteristics in common:

9. Ultimate Terms: Certain Words Have More Power to Influence People, than Others

Certain words have been proved to possess great power, influence and persuasiveness. For example, words like value, progress, contribution, freedom, guarantee, we, happy, and belong.

The top 5 most persuasive or influential words that you can use include: Free, Because, Instantly, You, & New.

10. The Cooperative Principle: Effective Speakers Shape What They Say to Be Better Understood

When influencers and audiences engage, they share a cooperative principle. In essence, speakers tend to shape what they say so that what they say can be better understood by the listeners.

This interaction between the speaker and listener can be analyzed using 4 conversational maxims including:

Disrupting and reframing information can be a useful tool for persuasion and influence.

Look for different ways to disrupt and reframe information in order to trigger a wake-up call. For example, pitching a product for sale as equivalent to 2 cups of coffee instead of $4.

Through the science behind influencer marketing, we are able to:

Charles Benzu writes on a wide range of topics from entrepreneurship, career, digital marketing and forex trading. He has a passion for science and technology. Charles was professionally trained as an accountant going on to pay his dues for 7 years before branching off to follow his passions.