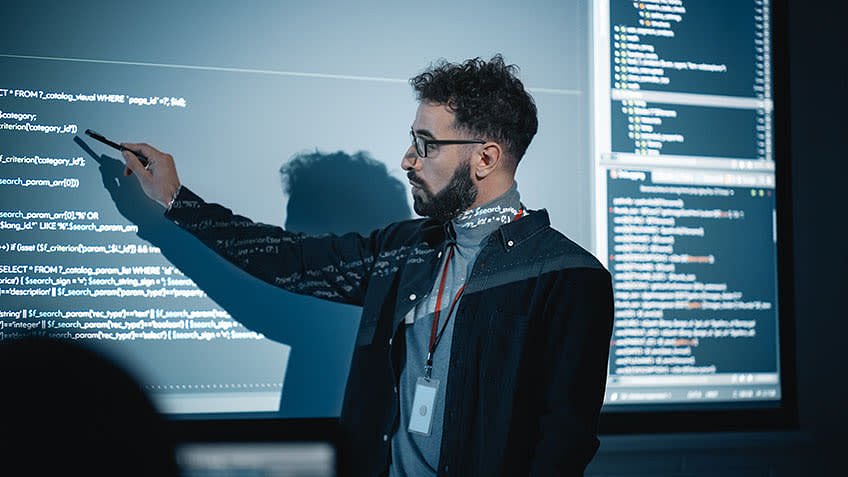 We can consider a preprocessor as a compilation process, which runs when the developer runs the program. It is a pre-process of execution of a program using c/c++ language. To initialize a process of preprocessor commands, it's mandated to define with a hash symbol (#).  It can  preferably be the non-blank character, and for better readability, a preprocessor directive should start in the first column.

Here in the article, we will look at the various examples of preprocessor directives.

In Macro expansion, we can specify two types of Macros with arguments:

We can also pass arguments to macros; it can be described with arguments that perform similarly as functions.

For file inclusion, we can use the #include.

Example of the file inclusion statement:

There are two miscellaneous directives apart from the above directives that are not commonly used.

Print the logic on Empfun1()

Print the logic on Empfun2()

Pragma directive is the certain directive that we can utilize to make it turn off and on to enable certain features. Pragma specifies the range from one compiler to another. Microsoft C compiler provides the pragmas that provide the listing and placing ways to give the comments in the object file that is generated by the compiler. Prgama has its custom-specific implementation rules directives that can be defined as per the certain scenario.

It is Inside the testFun1()

It is Inside the function of main()

It is Inside the func2()

We hope this article helped you understand the Preprocessor Directives. In this article, we discussed the various definitions and techniques of the Preprocessor Directives with the sample code using c# or C++/C programming. We also learned their types with respective syntax and example. This article will be helpful to professional developers from application development from the .net and JAVA backgrounds, application architectures, cloud specialists, testers, and other learners looking for different uses of various types of mechanisms of Spring Data.

Besides pursuing varied courses provided by Simplilearn, you can also sign up on our SkillUp platform, a Simplilearn initiative, which offers multiple free online courses to help learners understand the basics of numerous programming languages, including Preprocessor Directives in C or C++. You can also opt for our Full-stack Web Development Certification Course to improve your career prospects by mastering both backend and frontend with other tools like SpringBoot, AngularMVC, JSPs, and Hibernate.