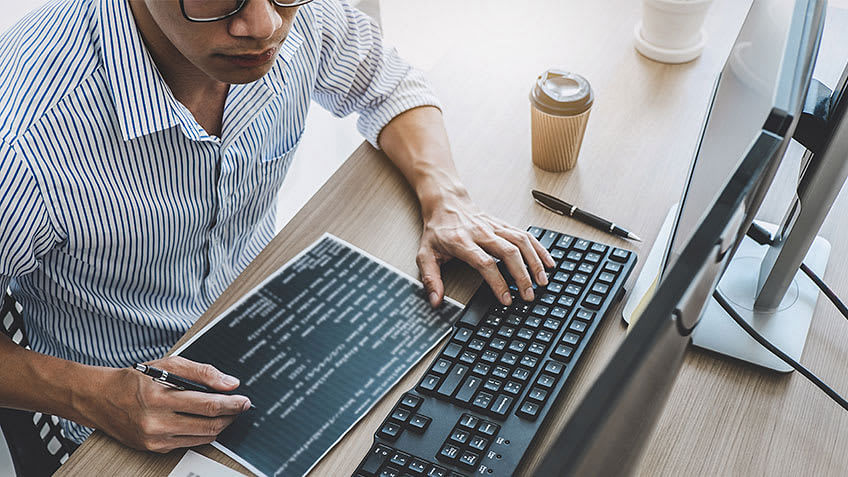 Understanding the Algorithm of a C Program to Reverse a Number

In real life, we can simply flip the number to find its reverse. But how do we build the logic to make that happen through a program? Let’s find out.

Flowchart of C Program to Reverse a Number

The algorithm and logic mentioned in the previous section can be demonstrated using the following flowchart:

C Program to Reverse a Number Using While Loop

The first method that we will use to reverse a number in C is through a while loop. We will create and use the while loop to continue processing the formula until the value of the number becomes 0. Here’s the implementation of the program using the while loop.

You can also write a C program to reverse a number using recursion. The flowchart and algorithm remain the same. However, due to recursion, the function will call itself until the condition becomes false. Hence, we won’t have to use any loop in this example.

//Calling our function that will repeat itself

C Program to Reverse a Number Using For Loop

For this example, instead of using a while loop, we will use a for loop in C to execute the formula until the condition becomes false. The following code demonstrates a C program to reverse a number using a for loop.

Here, we will create a function in the main method and use the algorithm inside it to calculate the reverse of the number entered by the user.

printf("\nEnter the number to reverse: ");

In this article, you have learned everything you needed to know about a C program to reverse a number. You have also seen examples of how to reverse a number in C using different methods and loops. While the methods change, the logic behind the calculations remains the same as always. You can now try using the logic in different ways and create complex programs requiring reversing a number.

Reversing a number is just a basic concept of C programming. If you want to learn more about such fundamentals, you can sign up on our SkillUp platform. The platform offers numerous free courses in multiple programming languages to help you brush up and improve your coding skills.

In today’s world, mastering multiple programming skills and languages has become vital as the demand for full-stack developers keeps increasing. Our Full-Stack Web Development Certification Course is made for just that. The course familiarizes you and helps you learn around 30 different programming tools and multiple languages. It also provides you with a certification that gives credibility to your skills. So why wait? Go ahead and opt for the certification course.