Understanding The While Loop in C++ 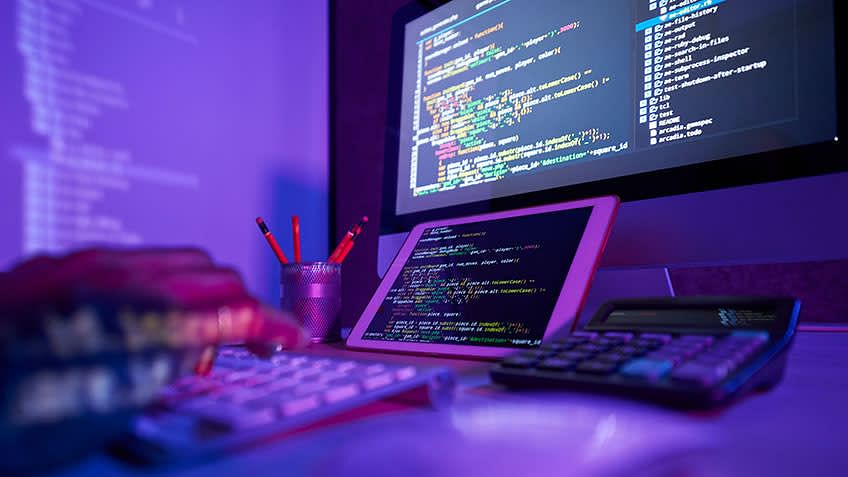 In computer programming, a loop is used to achieve the task of executing a block of instructions multiple times. You can understand this with a very simple example.  Let’s say you want to print the statement “Welcome to C++ world!” a hundred times. One way of doing this would be to write the print statement 100 times, which is not practical. The other way is by using the loops. You can simply put the print statement into a loop, which runs and prints the message as output a hundred times. Loops make a program more readable and enhance its efficiency by simplifying complex tasks.

In this article, you will learn what while loops in C++ are, compare them with other loops in C++, and discuss their advantages along with some examples.

A while loop in C++ is one of the three loops that are provided by C++. It is an entry-controlled loop that is best suited for cases where you are not sure about the exact number of iterations. The while loop works on a boolean condition that regulates the iteration of the loop. It terminates the loop once it violates the condition. Since it is an entry-controlled loop, this loop checks if the statement is satisfied or not at the entry of the loop.

Why Do You Need a While loop?

A loop is used when there is a need to execute a particular task “n” number of times. A while loop can be used in situations where there is an unknown number of iterations or the iterations are not fixed. A while loop in C++ is a pre-test or an entry-controlled loop, which means that it tests the boolean condition before it executes the statements inside the loop body. You will understand this better with some real-life examples.

Syntax of While Loops in C++

The syntax of the while loop in C++ is:

Parts of the while loop:

How Does a While Loop in C++ Work?

The process of execution of a while loop is explained as follows:

STEP 1: The while loop gets control in the program

STEP 2: The control first goes to the test condition

STEP 3: It checks the test condition

STEP 4: It executes the while loop statements

STEP 5: After the execution, the control variable gets updated

STEP 6: The flow of control goes to STEP 2

STEP 7: The execution of the while loop ends

The following flowchart shows the execution of a while loop in C++:

What is a do-while Loop in C+?

Parts of the do-while loop in C++

Below is a simple code explaining the implementation of the do-while loop:

In the program depicted above, a do-while loop is used to print 5 multiples of 2. Since it is a do-while loop, it will be executed at least one time irrespective of what is returned by the test condition. So in any case, 2 will always be printed in this example.

Nested while loop in C++

As the name suggests, Nested loops are loops within loops and hence are also known referred to as loop inside a loop. There can be one or more than one loop within a loop, depending on the requirements of the program. A nested while loop in C++ works similarly to the nested loops. The outer while loop is incremented after the termination of the inner while loop.

Generally, the inner loop runs for every iteration of the outer loop, up to the termination point. For example, in the example given below, “j” will run up to 5 for every “i” and thus have a time complexity O(n²).

Below is the example of insertion sort displaying the implementation of nested while loops in C++:

// to an index ahead

// print the array of size n

Infinite while Loop in C++

The following examples show the situations when the test condition will always return true:

The following example illustrates infinite while loop in C++:

In the above program, the loop variable “i” is initialized to 4. The test condition checks if the value of “i” is less than 5 or not. This condition will always return true since “i” is getting decremented inside the while loop. So, after every iteration, the value of the variable “i” will become 4, 3, 2, 1, 0, -1, -2, and so on. This will make the while loop run infinitely or endlessly.

The following programs illustrate the while loop in C++:

Example1: Program to Reverse the Digits of a Given Number

//function to reverse the digits

In the above program, you find the reverse of the given integer. The while loop is used here to repeat the task of finding the last digit of the number one by one and updating it until the number becomes 0.

Example 2: Program to Check if the Given Number Is Palindrome or Not

//function to check if the number is palindrome

In the program depicted above, you check if a number is palindrome or not. To check this, a while loop is used. The while loop iterates while the number is greater than 0, and once the number becomes 0, the loop terminates.

The program mentioned above prints the n terms of the Fibonacci series. The task of calculating a term by adding the previous two terms and printing it is done using a while loop. Before the execution of the loop,  the test condition (i < n)  is checked. If n is less than “i”, the loop will not execute. Since this condition is checked at the entry-level, it becomes useful when n is 0 or less than 0, as no term will be printed in that case.

Example 4: Program to Count the Total Number of Digits of a Number

//function to count the number of digits

In the above program, you find the total number of digits in a given number. This can be done by simply retrieving the last digit of the number and incrementing the counter. The while loop is used here to execute this task until the number n becomes 0.

Difference Between for Loop and while Loop

The for loop and the while loop are the most common loops in many programming languages. Now, you will understand how the two differ from each other.

The for loop is considered to be the most basic type of loop provided by C++. While dealing with a for loop, you know the number of executions already. This loop includes initialization, testing condition, and increment/decrement in a single line, thus it provides a concise way of applying a loop.

Depicted below is a simple code explaining the implementation of the for loop:

The while loop is used when you do not know the number of iterations beforehand. The working of this loop depends on a boolean condition. When this boolean condition gets violated, the loop terminates.

Below is a simple code explaining the implementation of the while loop:

The key differences between the for loop and the while loop are as follows:

In this article, you learned an important concept that is widely used in almost all programming languages called while loops. Starting with an introduction of loops, you learned the ins and outs of while loops along with the syntax, parts, need, and working of the while loops. Moving ahead, you saw how while loops are different from do-while and for loops with examples of each of them. Next, you learned a few basic programs that can be implemented using while loops.

You should check out our complete tutorial on C++ Programming for Beginners. This will help you to get a strong grasp of the fundamental concepts of C++.

Don’t just stop here. If you want to give yourself a chance to compete with top developers and land yourself a job in professional software development, check out our complete Full Stack Web Development course taught by top instructors in Simplilearn. You will be able to understand some of the core concepts that are generally used in software development practices. These are DevOps, Agility, Java, CSS, HTML, AWS, etc.

If you have any queries or suggestions for us, please mention them in the comment box and our experts answer them for you as soon as possible.

A Detailed Introduction to the Do While Loop in C++