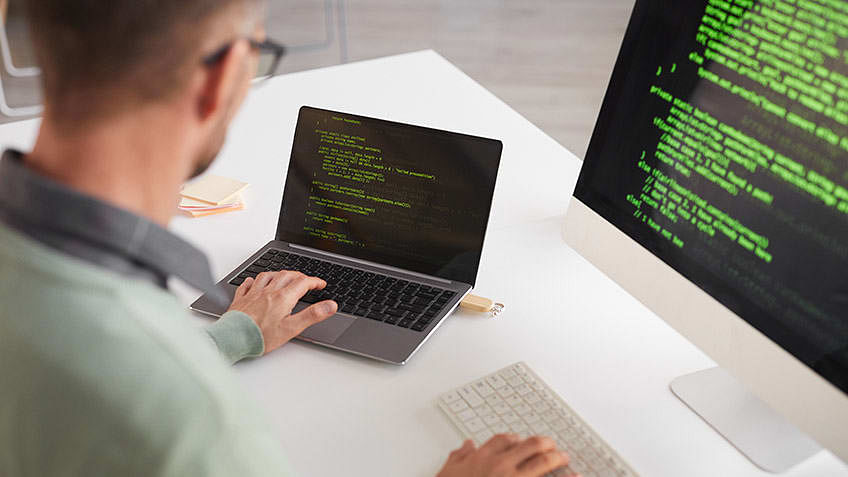 C++ is a language in which complex programs are made and compiled for different results. The language also includes some exception functions that you can follow to create codes. Exceptions allow programs to react to unusual circumstances (such as runtime errors) by delegating control to special functions known as handlers.

A section of code is placed under exception review, effectively capturing exceptions. It accomplishes this by enclosing the code in a try-block. When an unusual situation occurs within that block, it throws an exception and passes the control to the exception handler. The code continues normally if no exception is thrown, and it ignores all handlers. This tutorial explores exception handling in C++ using examples and multiple use cases for a more practical understanding.

What Is Exception Handling in C++? Explain With Example

Exceptions enable power to be passed from one part of a program to another. The three keywords try, grab, and throw are used for exception handling in C++.

A method catches an exception by combining the try and catch keywords, assuming a block would raise an exception. A try/catch block is used to surround code that could throw an exception.

Why Is Exception Handling in C++ Used?

Throwing Exceptions in C++ - With an Example

When a process throws an exception, the runtime system looks for a way to deal with it. The ordered list of methods that are called, to get to the process where the error occurred is the collection of potential "somethings" to manage the exceptio.

double division(int a, int b) {

A major part of exception handling in C++ is catching them in time. Exceptions are issues that occur during the execution of a program. It is an occurrence that occurs during the execution of a program. And after throwing an exception, it protects the code and runs the application. You can handle the exceptions using exception management. To protect the code, you can use the try catch block.

How to Define New Exceptions?

Exception handling in C++ also leads to finding new exceptions. When something goes wrong in a try catch block, it throws an exception automatically. The flung elements are caught by the grab blocks. Throws automatically guide the runtime to the stack's closest catch block. You usually use a lot of throws and a few catches.

"Could not find student with ID " + studentID);

// throwing a character as exception

What Are Standard Exceptions in C++?

This pretty much sums up exception handling in C++. There are a lot of things that you can do with this function. Want to learn about these in detail? Then you can get yourself placed in the best course by Simplilearn and become a full stack developer.

Have any questions for us? Leave them in the comments section of this article. Our experts will get back to you on the same, at the earliest.

Understanding the Concept of Exception Handling With Try Catch From Scratch