HomeResourcesSoftware DevelopmentUnderstanding The Friend Class in C++ with Example Code

Understanding The Friend Class in C++ with Example Code 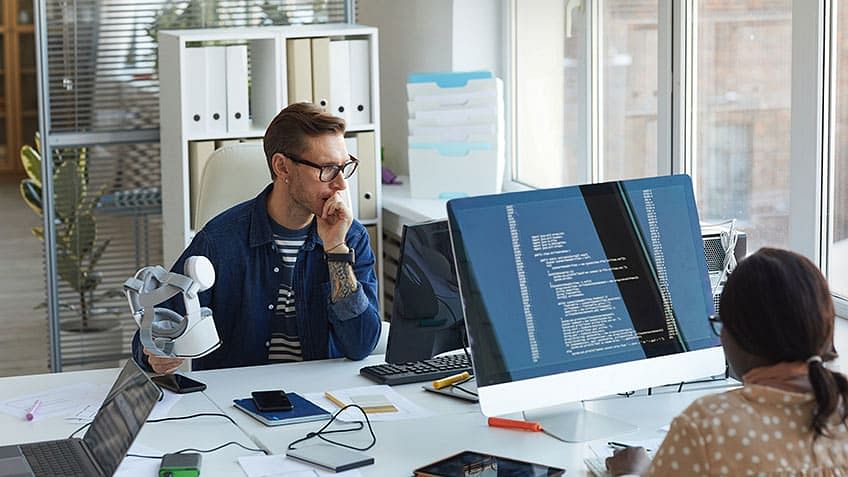 No one shares secrets with strangers for privacy reasons. But everyone has that one friend with whom they share most of their secrets, if not all. Friend class in C++ refers to the same concept. Public data members and functions are accessible by every class in C++ and many other programming languages. But the C++ friend class is special and can access even the private data members and functions of other classes.

Use of Friend Class in C++

Friend class has numerous uses and benefits. Some of the primary use cases include:

The syntax for implementing a friend class is:

// ClassB is a friend class of ClassA

As you can see in the syntax, all you need to do is use the keyword friend in front of a class to make it a friend class. Using this syntax will make ClassB a friend class of ClassA. Since ClassB becomes the friend class, it will have access to all the public, private, and protected members of ClassA. However, the opposite will not be true. That’s because C++ only allows granting the friend relation and not taking it. Hence, ClassA will not have access to private members of ClassB.

Examples of Friend Class in C++

Now that you have seen the syntax to implement a friend class in C++ and its use, look at some examples to understand the concept better.

Example 1: A Simple Example to Access Private Members of Other Class

As you can see in the output, Class Exmp_B could access the private data member i of class Exmp_A as it was a friend class.

Example 2: To Perform Calculations With a Friend Class in C++

Similar to the friend class in C++, you can also declare a function as a friend. Declaring a function as friend grants it a special ability to access private and protected data members of a class. You can declare a friend function as a member of another class or a global function.

Different Ways to Implement a Friend Function in C++

As mentioned previously, there are two ways to implement a friend function in C++:

Implementing Friend Function in C++ Through a Method of Another Class

Implementing Friend Function in C++ Through a Global Function

// A private member by default

Example of Friend Function in C++

In the below example, you will create and use a C++ friend function to access private data members of another function and display it in the output.

In this article, you learned about the friend class in C++ and how it allows one class to access private and protected members of another class. You can use this to share data members with derived classes while maintaining the essence of inheritance.

Similar to the friend class in C++, there are several other fundamental concepts of C++ programming that you can learn by referring to Simplilearn’s C++ Tutorial for Beginners. The tutorial is designed to help the newbies grasp the basics of C++ language, such as for loop and arrays.

Besides referring to the tutorial, you can also sign up for our SkillUp platform to hone your skills and grow your knowledge. It offers free online courses for numerous programming languages, including C++. This means that you can learn a new skill by sitting at your home in pajamas.

However, having the mastery of a single language is not apt in today’s world. Since full-stack developers are in much more demand, it is essential to become a jack and a master of all horses. Our Full-Stack Web Development Course is crafted to help you with just that. By helping you learn around 30 software development skills and tools from different programming languages, the course prepares you to get an excellent job in the programming field.

Have any questions for us? Leave them in the comments section of this article, our experts will get back to you on the same, ASAP!