The Best Tutorial to C++ For Loop with Syntax and Examples

Lesson 6 of 24By Simplilearn 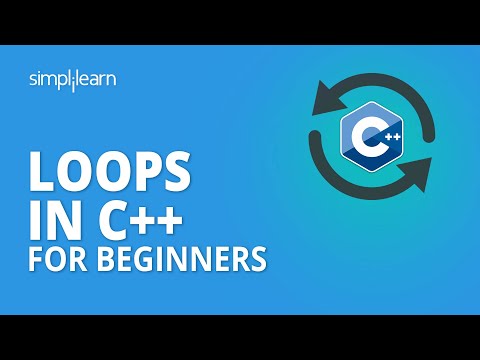 A for loop is a control flow statement that is used to execute a piece of code based on the validity of some conditions. It makes the code execute repeatedly.

The syntax of for loop is:

In the example above, the aim was to print the first 10 natural numbers. The condition that was given is - i less than equal to 10, which means the numbers will keep getting printed one after the other until i reaches 10.

Below you can see the output of the code.

The Layout of a For Loop

A for loop has three parts. First is initialization or initial state, the second is the condition, and finally the updation. So let’s understand these three parts or expressions.

Updation: The updation step is used to update the loop variable. This step increments or decrements the loop counter.

Working of For loop

Excluding Expressions in for loop

As this article has discussed the three parts or expressions of for loop earlier, you can also write the for loop without these expressions as well. For example :

As you can see, there are no expressions in the for loop, so it will produce an infinite loop. However, it is not used much.

Here is another example in which you will not include initial expression and updation expression inside the loop statement.

Fig: Excluding expression of For loop

As you can see, you haven’t initialized and updated the looping variable. You are initializing "i" with 0 before the loop begins and incrementing the loop using the increment operator with "i" inside the loop body.

The output of the program is as shown below:

Fig: Output of For loop

Nested for loops are mostly used while dealing with a two-dimensional array. It can be defined as a loop that is defined inside the body of another for loop. The loop which is inside the outer loop must finish the number of repetitions before the outer loop can continue to its next repetition.

Similarly, the flow repeats for x equal to 1 and 2.

It shows the output of the above code below:

In this article, you learned one of the fundamental concepts of programming, i.e., for loop. You looked at how a for loop works and the different expressions of for loop with some examples. Want to learn more about loops in C++? Check out our next tutorial on C++ While loop.

Are you looking to learn further and master today’s top programming languages used by companies world over? If yes, Simplilearn’s Post Graduate Program in Full Stack Web Development is the route for you. This world-class 9-month bootcamp is delivered in collaboration with Caltech CTME and covers 30+ in-demand tools and skills and makes you job-ready and equipped to grab top software development job roles.

Do you have any questions regarding this article on C++ For Loops? If you do, then please put them in the comment section. We’ll help you solve your queries. To learn more about C++ For Loops, click on the following link: For Loops in C++.