Introduction to Classes And Objects in C++ 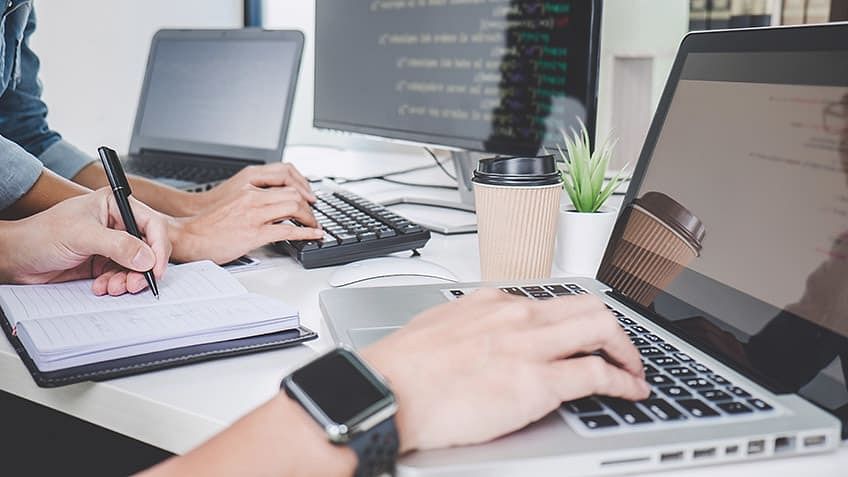 Now, you will understand the concept of the class and object in C++ with the help of a real-life example. Suppose you have a small library. In a library, all books have some common properties like book_name, author_name, and genre. Now imagine you want to create a catalog of all the books in your collection. Instead of creating separate classes for every book you own, you can create a Book class that serves as a template for all the books in your library.

What are Classes in C++?

A class is a template or a blueprint that binds the properties and functions of an entity. You can put all the entities or objects having similar attributes under a single roof, known as a class. Classes further implement the core concepts like encapsulation, data hiding, and abstraction. In C++, a class acts as a data type that can have multiple objects or instances of the class type.

Consider an example of a railway station having several trains. A train has some characteristics like train_no, destination, train_type, arrival_time, and departure_time. And its associated operations are arrival and departure. You can define a class can for a train as follows:

The above class declaration contains properties of the class, train_no, destination, train_type, arrival_time, and departure_time as the data members. You can define the operations, arrival, and departure as the member functions of the class.

Syntax to Declare a Class in C++:

Description of the Syntax:

What are Objects in C++?

Objects in C++ are analogous to real-world entities. There are objects everywhere around you, like trees, birds, chairs, tables, dogs, cars, and the list can go on. There are some properties and functions associated with these objects. Similarly, C++ also includes the concept of objects. When you define a class, it contains all the information about the objects of the class type. Once it defines the class, it can create similar objects sharing that information, with the class name being the type specifier.

The syntax to create objects in C++:

The object object_name once created, can be used to access the data members and member functions of the class class_name using the dot operator in the following way:

Significance of Class and Object in C++

It specifies the access specifier before declaring a member function. It also specifies the return type and data type in the same way in which it declares a usual function.

Method Definition Outside and Inside of a Class

The following two ways can define a method or member functions of a class:

The function body remains the same in both approaches to define a member function. The difference lies only in the function's header. Now, have a deeper understanding of these approaches.

// inside class definition of the function

In the above example, you define the function sum() inside the class my_class. The function is automatically an inline function. Whenever you call this function by an object of its class, it inserts the code of the function’s body there, which reduces the execution time of the program. Here, the statement obj.sum(5, 10) is replaced by the body of the function sum().

The following example illustrates how to define a member function outside a class.

// outside class definition of the function

In the above example, it first declares the function sum() inside the class my_class. It then defines the member function outside the class specifying the class name, followed by the scope resolution operator. The function body remains the same as in the inside class definition of the function.

The following example illustrates the use of an array of objects.

// call printValue() function for all objects

In the above example, obj[5] is an array of objects, containing 5 elements. This is used to involve the printValue() function five times for a particular object to print a particular value.

You can pass the objects as arguments in the following ways:

Let us understand both ways of passing an object as function arguments.

// from fahrenheit to celsius

// function that accepts object as argument

// create objects of the class

// garbage value of c will be printed

// as the object was passed by value

In the above example, the object obj1 of the class convTemperature is passed by value to the function findTemp(). The calculates the temperature in celsius and updates the value of the member variable “c”. Since it passes the object by value, it only updates the function’s version of “c” and the variable “c” of the object’s copy remains unaffected. Therefore, the statement  obj1.c prints a garbage value.

// class to update the value of the data member

// function that accepts object as argument

// same value of x will be printed

// as the object was passed by reference

In the above example, you pass the object obj of the class my_class by reference to the function updateValue(). The function gets direct access to the memory address of the object obj.  When the function makes a modification to the member variable “x” using the statement obj.x = 100, the original object gets modified. Therefore, the following statement now prints the same modified value of x.

Difference Between Class and Structure

Although a class and a structure may seem identical, they differ from each other to a great extent. Now, you will understand how a class differs from a structure in C++.

A class can be defined as a user-defined data type that contains some data members and member functions whose access is regulated by the specified access specifiers.

The following program illustrates the working of a class in C++:

//members are private by default

A structure can be defined as a user-defined data type that is used to group elements of different data types together.

The following program illustrates the working of a structure in C++:

//members are public by default

//assigning values to the data members

The following table highlights the key differences between a class and a structure in C++.

You gradually moved on to advanced topics such as access modifiers, constructors and destructors, assignment operators, this pointer, etc. Finally, you ended the article with concepts such as member functions used inside classes and their real-world usage, creating an array of objects, passing objects as arguments to functions, and the difference between a class and a structure.

You can learn more about such important C++ concepts in our beginner’s guide to C++. This guide will take you through all the fundamentals and key concepts in C++.

If you want to pursue a career in full-stack web development, you should definitely try Simplilearn’s 9-month training program on Full Stack Web Development in Java. This course structure is carefully crafted by industry experts who are available to you as mentors throughout your journey to solve your doubts and queries. At the end of this course, you will have mastered all the top trending skills that are in high demand including DevOps, Agile, Java, and its frameworks such as spring, hibernate, JPA, etc, front-end languages such as HTML, CSS, JS, servlets, etc.

You can also check out our list of free online courses and definitely try out a few.