Are You 'Emotionally Intelligent' at Work? 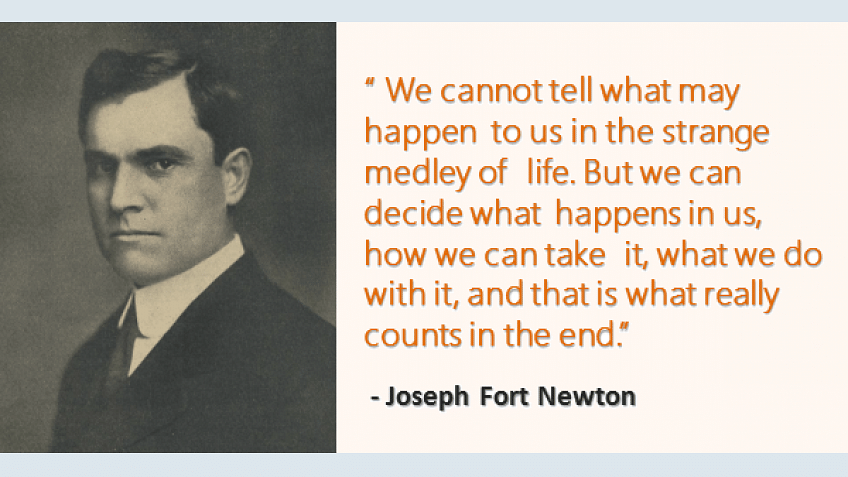 It was my first day in the head office of our client in London. The last few days had been quite hectic for me as I had spent almost two days in search of a decent hotel room in London. A few days back, Rajesh, was informed by the client that the project we were working on, was not moving as per their expectations and a failure in this project could have an adverse impact on the relationship with the client; with possibilities of losing all future projects to our nearest competitors in the business.

Imagine what I went through, when I learnt about the situation from the business users themselves, on the very first day I interacted with them. Although, I knew a lot about the project, much before I arrived in London; I could really 'feel' the situation only when I was in the client's head office. From the business user's dissatisfaction at the way the project was being handled, to the conflicts with the server management and change management board; things were not really in our control.

By the time, I came out from his office, I was quite relaxed; and I knew, we would be able to bring the project back on track. For the next few days, Rajesh gave me ample time to get used to the prevailing culture of our client and go through all the necessary induction process. Rajesh's approach in managing the project and his teams was quite instrumental in the successful delivery of our project.

Rajesh didn't just use his experience and skill sets while managing the project but he had been 'emotionally intelligent' as well. He had realized that this being my first onsite experience, I wasn't quite comfortable with the situation, initially, and would need some time to settle down. And Rajesh did all that he could, to ensure that I could deliver my project in a relaxed and focused manner.

To succeed in today’s project environment, technical skills and domain knowledge aren't enough. It is quite crucial to work well with people including direct reports, peers, business users, and the senior management. Project professionals who have high levels of 'emotional intelligence' are often said to be more successful, both in their projects and in their careers.

In this article, therefore, we will take a look at what it means to be 'emotionally intelligent' at work.

With a great deal of uncertainty about the economy and high stress levels at work; organizations are increasingly putting more value on the emotional intelligence (EI) of their workers and prospective employees.

According to a survey in 2011, with more than 2600 hiring managers and human resource professionals; 34% of hiring managers said they laid greater emphasis on emotional intelligence when hiring and promoting employees post-recession. This survey was conducted online within the U.S. by Harris Interactive on behalf of CareerBuilder among 2,662 U.S. hiring managers (non-government) between May 19, 2011 and June 8, 2011.

Also, 71% of these professionals who were considered for the survey said that they value emotional intelligence in an employee more than his IQ.

But what does it mean to be emotionally intelligent at work?

"The subset of social intelligence that involves the ability to monitor one's own and others' feelings and emotions, to discriminate among them and to use this information to guide one's thinking and actions".

It is not always enough to be aware of your own emotions while at work, you should also recognize your co-workers’ or team members' emotions. By making use of your EI, you can work better with others and accomplish more, both as an individual and as a team.

People who are 'emotionally intelligent' are known to stay calm under pressure, know how to resolve conflicts effectively, and are empathetic towards team members and react accordingly, lead by example and make thoughtful business decisions .

Let us consider the story of a layoff that happened at GE.

GE was compelled to close down a plant and lay off a few thousand people, which was very painful. But the company did some very humane things. They told their employees about these layoffs, two years in advance and explained the reasons for plant closure. And, they didn’t just disclose this to the workers; they also helped each of them get new jobs. They even engaged the services of a few organizations including an outplacement service agency and a counseling service. Eventually, GE had to close down the plant; but a year after that happened and everybody was laid off, 93% of those who were laid off said GE was a good place to work.

So even something as painful as laying off people can be done in an 'emotionally intelligent' way. Even though, you may have to make some tough business decisions in your life, it can be done in a way people like you.

The Four Branches of Emotional Intelligence

Perceiving emotions means correctly identifying feelings or emotions of a person. We need to be observant and sensitive on one's facial expression and body language as these can tell us a lot about what is going on in his mind, without uttering a word to him. There are people who really don't have this ability to understand the non-verbal signs that may show one's feelings. Having the ability to identify the emotions of people, is one of the factors in emotional intelligence.

This branch of emotional intelligence involves using emotions to promote thinking and cognitive activity. Our emotions help prioritize what we pay attention and react to. We tend to respond emotionally to things that garner our attention. Reasoning with emotions means determining if you need to react to the other person's emotions or not.

The emotions that we perceive can carry a wide variety of meanings. If someone is expressing emotions such as anger, the observer must interpret the real cause of this emotion and what it might mean.

For instance, if your boss is angry, it might mean he is dissatisfied with your work; or it could be that he is angry with a customer who has not paid up yet; or probably he had a fight with his wife.

Managing Emotions is the most important branch of this model. This is the ability to regulate and control your emotions and respond appropriately to the emotions of others. People who are emotionally intelligent are able to control their feelings and act properly no matter how intense the situation is.

Let us consider the following success story of Starbuck's corporation which was published in Forbes.com. It is a very good illustration of how trained Baristas use emotional intelligence, while responding to the needs of a customer.

A cranky customer comes into the store angry and in pain; and he needs someone or something to take it out on. He snaps at his Barista, and lodges an unjustifiable complaint about the service. He is however met by a well-trained smile by the Starbucks employee, who doles out a few words of sympathy while bending backwards to make sure he knows she has taken his complaint seriously.

Meanwhile down the street, a similar cranky patient enters a clinic angry (and in pain from his cancer) and he needs to take it out on someone or something. The patient snaps at his physician, and lodges an unjustifiable complaint about the service. He is however, met with indifference by the doctor. The doctor knows that the patient's criticisms are unjustified and he doesn't have time to deal with these complaints because he is focused on the patient's lab values.

Why are Starbucks employees often better at responding to their client's emotional needs than experienced physicians? It all comes down to training.

As described in Charles Duhigg's the power of habit, Starbucks employees undergo rigorous training in recognizing and responding to the needs of the customers. During the training, they learn about the "Latte Method" of responding to unpleasant situations.

According a trained Barista, in the Latte method:  "We Listen to the customer, Acknowledge their complaint, Take action by solving the problem, Thank them, and then Explain why the problem occurred."

The result? Baristas learn to recognize the negative emotions expressed by their customers and more importantly, how to address them in positive ways.

Contrast that with most medical training. Physicians spend thousands of hours memorizing Latin words, learning to recognize signs and symptoms of illnesses. They spend thousands more familiarizing themselves with tests and treatments. But beyond the psychiatry training, they don't even receive a fraction of training that Starbucks employees receive about recognizing the negative emotions of people and responding to them in a positive manner. This lack of training has predictably dire consequences. According to audio recordings of interactions between patients with metastatic cancer and the senior oncologists caring for them, doctors including senior oncologists respond appropriately to patients’ expressions of negative emotions, less than one in five times.

Recent surveys including the one conducted by Harris Interactive on behalf of CareerBuilder reveals that hiring managers are laying greater emphasis on 'emotional intelligence' while hiring and promoting professionals post - recession.

Emotional intelligence is the ability to monitor one's own and others' feelings and emotions, to discriminate among them and to use this information to guide one's thinking and actions. It is not always enough to be aware of your own emotions while at work, you should also recognize your coworkers’ or team members' emotions to work better with others and accomplish more as a team.