HomeResourcesCyber SecurityThe Bad Guys of Cybercrime, and the Need for Good Guys to Fight Back

The Bad Guys of Cybercrime, and the Need for Good Guys to Fight Back 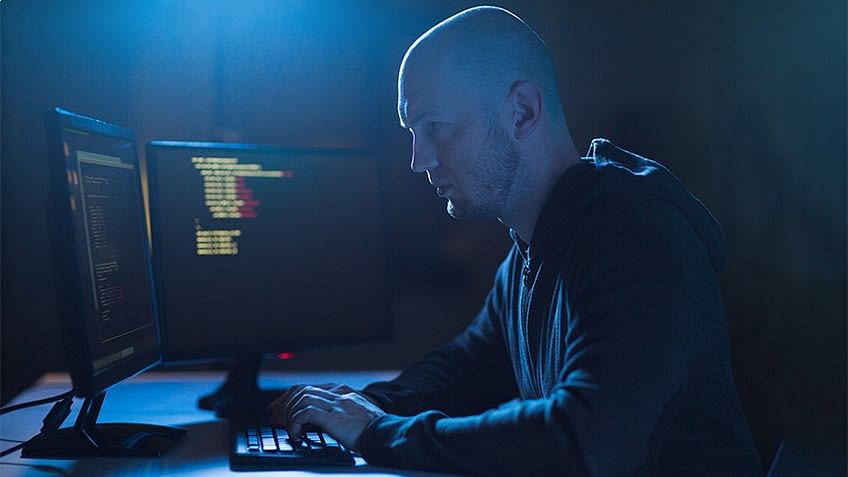 Cybercrime: Do those words make you shiver, just a little? When we think of cybercrime, it’s not like other crimes that can seem distant and unlikely, like a robbery. Cybercrime seems to be something anyone can fall victim to, at any time. And it’s not just an individual who can be a victim. Cybercriminals can target businesses, nonprofits, or even entire governments and nations.

Cybercrime is possibly more frightening because it happens behind the scenes and we don’t see it coming, we only know when it hits and we’re suffering from the fallout. In addition, it’s on the rise. We had 38 percent more cybersecurity events in 2017 than in the previous year, and we can expect that number to keep going up. Nor is anyone safe from it: individuals, small businesses, countries—anyone can be a target.

But what exactly constitutes a “cybercrime,” given that different types of crimes fall into this category—as well as different types of victims? What drives these cybercriminals to do what they do? And most importantly, what can we do about it?

Make the Switch to a Cybersecurity Career

Note: Other types of criminal activity also happen online, such as selling illicit information, but we are focused here on those that can be prevented by cybersecurity.

Although the list of types of crimes above is relatively short, they take many forms. Obviously, we have quite a few types of cybercrime to contend with in our modern age. But who does this stuff, and why?

Greed is definitely one of the main reasons. If hackers can access a database of personal information, like with the Equifax data breach, they can sell that personal information on the black market, and it is then used to send spam or commit identity theft. Cybercriminals can also make money by demanding a ransom for the data they have blocked, or the payment they demand in a blackmail email.

On occasion, cybercriminals are driven by a desire to make a political or social statement. Hackers might take down a site or network to make a statement, or they might make hacked documents public, as with the Panama Papers. And sometimes they are driven only by ego and a need for status, or by a selfish desire to be entertained by the destruction they can cause. Identifying a typical cybercriminal is probably as hard to do as identifying a burglar—motivations and backgrounds can differ, and can’t always be understood.

However, don’t assume the only threats are from strangers outside of a company’s virtual walls. Cybercrime can also be committed by someone from within an organization when a disgruntled or dishonest current or former employee commits the crime.

Learn the Most In-Demand Skills!

Regardless of the type of cybercrime or the motivating factor, cybersecurity is now big business as a result of the criminal activity and the money it costs companies. By the end of 2021, ransomware will cost companies $20 billion, and it’s estimated that the global cost of cybercrime will reach $6 trillion by 2021—yes, trillion.

Without more people skilled in preventing and battling the cybercrime, organizations, and individuals will continue to be hapless victims, with permanent damage done in some cases, to reputations, to bank accounts, to trust.

Is there a Job for you in Cyber Security?

If you’re even a little interested in cybersecurity, consider looking into it. It’s not all reacting to or fighting off attacks, which might sound too stressful, but it’s about prevention too. Cybercriminals succeed as often as they do not because they are incredibly clever, but because people make mistakes: 90 percent of cyber attacks are made possible due to human error, and most data breaches happen because hackers use weak or stolen passwords.

You should also consider a job in cybersecurity if you’re looking for a job that offers good pay from the very start. Even entry-level employees can earn $65,000 in their first job after earning a certification. From there, the pay only goes up: The median annual salary is $90,000 with higher salaries paid in tech hubs like Silicon Valley.

Just like we won’t ever see an end to crime, we won’t see an end to cybercrime. But the difference is, cybercrime is on the rise, increasing at a frightening rate. The world needs people to put a stop to it. Will you be one of them?

The Growing Convergence Between Cryptocurrency and Cybercrime