HomeResourcesDevOpsWhat is the Best Way to Use Kubernetes With Your DevOps Team?

What is the Best Way to Use Kubernetes With Your DevOps Team? 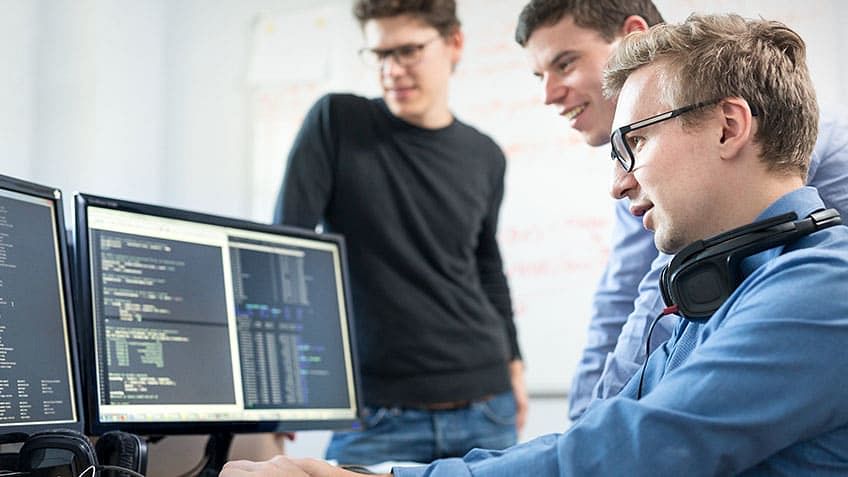 The DevOps team is often viewed as an afterthought, but using a system such as Kubernetes, which is so flexible, can help improve your ability to make better-informed decisions and take quick action. There are several ways to integrate Kubernetes and the DevOps team.

DevOps teams should be encouraged to use Kubernetes as a foundation to build their own stateful and stateless containers and applications. Kubernetes simplifies how they can coordinate state management and orchestration between different applications, including Cloud Services and other cluster components. Developers can use containers, like the CORS API, to extend and integrate into Kubernetes or other platforms.

Another advantage is that Kubernetes, being open source and available to all, can be easily configured with other technologies like DC/OS to provide additional technologies, such as containers, with easier access to run on Kubernetes.

The possibilities are limitless, and the DevOps team has the power to provide great value by adapting Kubernetes and the other open-source tools to be their team, instead of being part of the technology, like in the past.

How Can Kubernetes Be Integrated With Other DevOps Tools?

As mentioned earlier, Kubernetes is not an end-all-be-all solution for managing and orchestrating containers. It can be integrated with other DevOps tools to help manage container clusters, such as Docker, or perform other container-centric tasks.

You can also use Kubernetes with other networking or storage solutions to orchestrate distributed resources. Kubernetes integration with Red Hat OpenShift, for instance, allows you to produce cloud resources and applications and efficiently run containers in production. It also integrates with orchestration tools like Marathon, OpenShift Container Server, Mesos, and Kubernetes.

Also, by enabling Kubernetes as an orchestration platform, you can integrate DevOps and operations teams into development projects. Using Kubernetes to orchestrate containers and applications, you can quickly and safely execute continuous integration and continuous deployment. This capability is a big deal because many DevOps teams don’t have the necessary skills to run CI/CD on their servers effectively. Kubernetes brings them together.

Who Should Not Be Involved in the Kubernetes Setup?

The process of developing Kubernetes should be made as easy as possible, but that doesn’t mean DevOps and operations should be involved in every stage of deployment. It’s important to realize that no single person has all of the skills needed to build, operate, maintain containerized environments, or do the daily operations of a container cluster. A DevOps team can, and should, be made to take on all of the tasks.

But What About DevOps Teams Who Are New to Cloud Computing? How Can You Use Kubernetes Effectively?

Creating container clusters from the ground up can be intimidating, especially for new to cloud computing teams.

An easy way to get started with Kubernetes is to create a cluster using its hosted service, called kops. With kops, you can create and update clusters, provision new Kubernetes resources, and publish and scale your application. Kops is an open-source, hosted service for cluster deployment and operations management of containers.

If you’re new to cloud computing, having a dedicated DevOps team that’s knowledgeable about Kubernetes would be your best option. However, you can still start with a cloud team like a marketing team or a sales team, which is more likely to have the skills to use and implement containers.

You can also start with containerized applications already being used and integrated into cloud solutions, such as Salesforce.com. But using a cloud provider is not the only option. Kubernetes can be deployed on your server as a standalone software application that your developers can learn about and use. It’s possible to have your local cluster that’s no more than a few hundred to a few thousand boxes running your software applications.

However, even if you’re using a cloud service, it’s still important to have someone on your team responsible for the Kubernetes cluster. You can set up an architecture that works for you, but it’s essential to keep the collection under control to ensure that it’s not running wild.

Kubernetes, as an open-source container orchestration tool, has quickly gained momentum and is the de-facto standard. It is fast becoming a necessary tool in the DevOps arsenal. If you’re a developer using cloud providers or have a cloud-based team, you should be considering using Kubernetes to help make your DevOps and operations teams more effective.

To become an expert practitioner in the application of Kubernetes and other DevOps tools, consider Simplilearn's Post Graduate Program in DevOps. This program is designed and operated in partnership with Caltech CTME and offers a comprehensive certification in DevOps tools, frameworks, and methodologies via live virtual classrooms and hands-on labs and projects.