How to Become a Data Science Professional With Purdue University 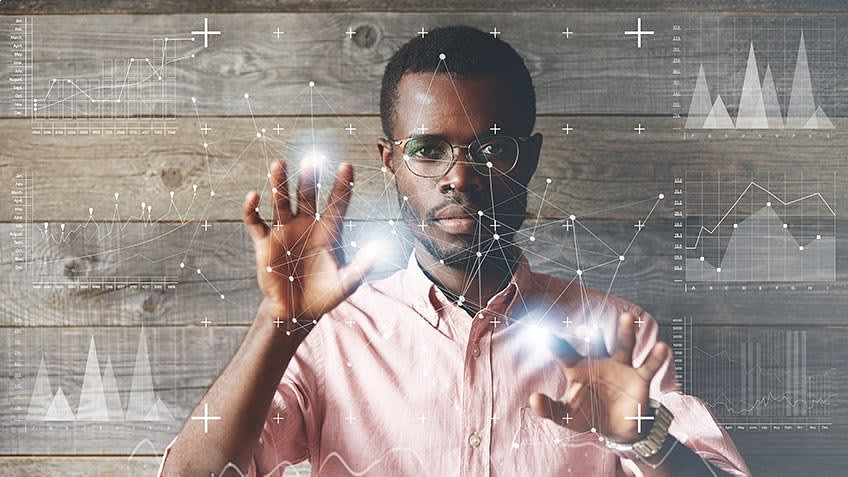 If you’ve been paying any attention at all, you know Big Data is a big deal. And you’ve probably also heard about the shortage of data scientists, and IBM’s prediction that the demand for data scientists will soar 28 percent by 2020. That shortage presents a severe problem because someone usually fills the amount of data we're contending with increases significantly with every passing day, and the role of a data scientist with an advanced degree: 90 percent of data scientists have either a Master’s degree (49 percent) or a Ph.D. (41 percent).

However, businesses are adapting and figuring out they need not have a highly educated data scientist for every single data role. The middle ground only requires professionals with the right skillset and training to tackle specific tasks. That gives rise to an emerging new role: the Citizen Data Scientist. Forget the significant hero role of the data scientist. The citizen data scientist is coming to the rescue, no cape, or advanced degree required.

Read more: How to Become a Data Scientist in 2022

Admittedly “citizen data scientist” is a cumbersome name, but it’s a necessary function in a world where the data outnumber the scientists. Yet plenty can be done by someone with the right skillset. And it is a job function that is going to grow five times that of the traditional data scientist in the next two years.

If you’ve been eyeing the growing field of Data Science and wishing you had a way in, without the time and expense of earning an advanced degree, the citizen data scientist role might be the one for you.

Are you looking forward to becoming a Data Scientist? Check out the Data Science Bootcamp and get certified today.

What is a Citizen Data Scientist?

Although the term has existed for a couple of years now, you won’t find job listings for “citizen data scientist” on Glassdoor.com. That’s because it’s not a role that an organization is going to hire for, but more like a requirement, they need to fill. People in the industry are using the term citizen, but those doing the hiring are focused on the tasks not currently getting done but require attention.

If it’s not a job title getting posted, what exactly is it? Gartner defines a citizen data scientist as “a person who creates or generates models that leverage predictive or prescriptive analytics, but whose primary job function is outside of the field of statistics and analytics.” They bridge the gap between those doing self-service analytics as business users and those doing advanced analytics as data scientists. InformationWeek states that the “defining trait is that statistics and analytics are secondary in the role.”

As a new concept, it’s not yet clearly defined, although there seems to be a consensus around the skills needed and tasks to be completed. In an article published at Forbes, Mike Guilfoyle of ARC describes the citizen data scientist as having “data science skills such as statistics, but not as advanced as a data scientist.” He describes their job responsibilities as delving into new data, improving existing models, and creating and deploying additional models to gain added insight.

Why Businesses Are Turning to Citizen Data Scientists

It’s common knowledge that we have a shortage of data scientists, and businesses realize that not every job function needs to be done by someone with an advanced degree as they reckon with this shortage. Instead, a citizen data scientist can be trained to do work that is needed but not currently getting done.

For example, Big Data influencer Bernard Marr describes how Sears recognized a need for people who were more than average Excel users, but not as highly trained as data scientists to improve their customer segmentation. To meet this need, they reskilled existing staff into Big Data analysts to enable the retailer to make more informed decisions about products shown to website users. Doing so reduced data preparation costs by hundreds of thousands of dollars, as the so-called citizen data scientists handled exploratory analysis, visualization, and putting their insights into action.

By reskilling or upskilling employees to take on these enhanced data roles, organizations can make better use of data, which leads to both cost savings through greater efficiency and competitiveness through access and use of that data. Gartner predicts citizen data scientists will be doing more advanced data analysis than the better-educated data scientist as soon as 2019.

Does this do away with the need for data scientists? Not at all. However, it does free them to focus on the more complex and specialized analysis of data that they are trained to do and enables organizations to make better use of the data they have.

Should You Consider a Job as a Citizen Data Scientist?

With data growing in volume at a rate that will soon reach 1.7 megabytes of data every second for every person on Earth, and the existing shortage of data scientists (that will also grow), it’s safe to say a career as a citizen data scientist will probably offer plenty of job opportunities and high salaries.

For the person who has an interest in data and analytics, but no interest in returning to school to earn a Master’s degree or doctorate, getting trained in the skills that prepare you for a job in this new arena makes sense.

For someone who wants a career in data science but isn’t able to go back to school for an advanced degree, a job in a citizen data scientist role can be a perfect fit, and a certification can be the ideal training. However, there are several different paths you could take, and it will depend on whether you’re already working with an employer who wants you to reskill or you’re positioning yourself for a whole new career.

You have many options to choose from when earning certifications that will position you for a job as a citizen data scientist. From learning Python to R Programming to Tableau to taking classes in Business Intelligence, to going through 12 different courses for one major certification, it’s wide open. If your current employer wants you to reskill, obviously they will have a say in the courses you take. If you’re making a lateral move and expect to find a new job, start looking into job postings at places like Indeed and Glassdoor to figure out which data skillsets are in demand to fill this new role.

With so many options, it’s also possible that you’ll focus on one skillset now, then earn another certification later when a new skill is needed. And that’s another benefit of this career move: endless possibilities.

Data is going to continue to grow in volume, and colleges aren’t churning out enough highly-trained specialists to keep up. If you're interested in becoming a Data Science expert then we have just the right guide for you. The Data Science Career Guide will give you insights into the most trending technologies, the top companies that are hiring, the skills required to jumpstart your career in the thriving field of Data Science, and offers you a personalized roadmap to becoming a successful Data Science expert.

You can step in and be the Big Data hero as a citizen data scientist, bridging the gap and helping your employer put more of that invaluable data to use to improve performance and ROI. And the cape? Not needed.