What Does a BI Developer Do: Roles, Responsibilities, Salaries, and Skills Required

How to Learn R Programming 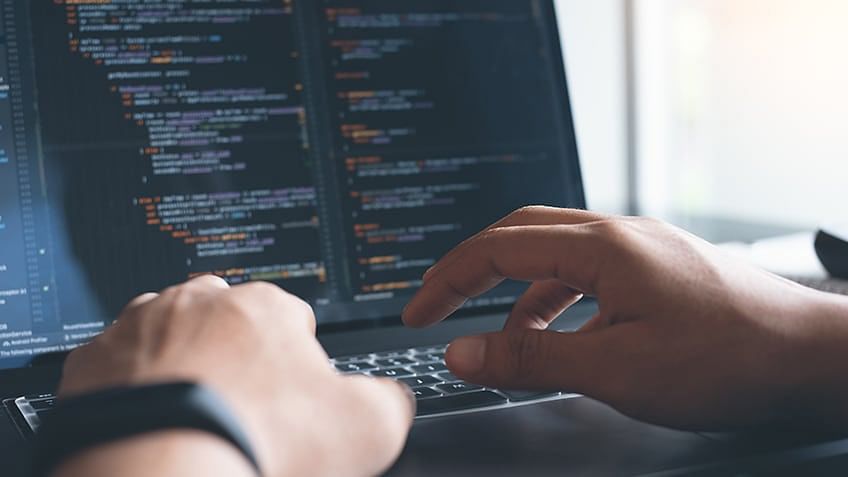 R is making inroads into many different business sectors, including finance, human resources, taxes, and even sports analytics. This popularity is due in part to the availability of business-specific packages that focus on topics such as econometrics, finance, and time series analysis. It also doesn’t hurt that the language is open-source.

Since it has many of the same industry-leading visualization features offered by Tableau and Cognos, R is being broadly adopted by scientists, engineers, and even professionals who don’t have a computer science background. Internet companies, including Uber, Google, Airbnb, Netflix, and Facebook, use R for its rich visualization and reporting capabilities. Leading academic institutions, including Harvard and MIT, are using R for research purposes.

Major businesses use R programming language extensively, as it has considerable advantages over other programming and reporting languages, such as ease of use and simplification of analytics.

For instance, it has many innovative algorithms such as Keras and TensorFlow, resources that are needed to implement deep learning models. It also has xgboost, an algorithm that consistently wins machine learning competitions on Kaggle.

When compared to other programming languages like Python and SAS, its advantage includes the ability to simplify the creation of business-ready reports and machine learning-powered web applications. If you’re from a non-computer background but are looking into the data science profession, then you need to learn R.

What is R Programming?

Ross Ihaka and Robert Gentleman invented the programming language known as R in 1995 at the University of Auckland, New Zealand. The R Development Core Team now backs it up, while developing additional features that keep the language competitive and on par with other programming languages.

Here’s a glimpse of what R can offer:

Learn all about R packages, data structures, cluster analysis, and more with the Data Science with R Programming. Enroll now!

R provides an edge for anyone who is an analytics professional, engineer (mechanical, industrial, chemical), or who has another non-computer science background and wants to excel in the field of data science.

R is an interpreted language so that you can run the code without a compiler. Since it’s vector-based, R is faster and more powerful than most other programming languages (including Python and SAS). This means users or developers can individually add functions to a vector without adding in a loop.

Learning R is useful for communicating the value of data and its insights throughout your organization, and you can develop reports for all levels. R is predominantly used for data analysis, machine learning, and statistical inference, but has many uses. Simply stated, it provides a wide array of tools to capture the right model for your data.

The continuous popularity, acceptance, and adoption of the R programming language have been instrumental in aiding data-driven companies to flourish for years.

There are quite a few openings and opportunities (both inside and outside the field of IT) about the R programming language. Corporations of all sizes are using R to generate data-driven insights. It’s also used by the government and NGOs around the world to make data-driven decisions.

The new adage for the 21st century is “Data is the new Oil” and, in recent years, almost every enterprise tracks data coming out of their organizations to make better decisions and gain a competitive advantage over their peers. As a result, R has ultimately become the language of choice for many data scientists and data analysts.

R has become the second most sought after language in the category of data science languages, while SQL topped the list, according to O’Reilly’s 2016 data science salary survey.

The following is a list of top brands and big companies using R. Some of the insights that they derive from the data are quite fascinating.

Data scientists and analysts at Facebook use the R programming language to mine massive sets of user data to build statistical reports. The insights derived based on the data can then be used to improve the user feeds and other services.

Twitter uses the R programming language to calculate the statistical weight for their collected data. It mines users’ tweets and retweets, implements opinion mining, and depicts the exact social scenario over any given subject in the appropriate geo-locations.

Google uses R to run statistical reports for marketers, which helps them get more value out of every dollar they spend in marketing. It ‘s also used in several internal Google projects, such as GoogleFlu, which is used to predict flu trends and related activities via a Google search.

Microsoft has adopted the R programming language as a leading tool for data scientists. Using R, they’re now able to extend or schedule their analytical workloads on Azure workloads while working on mission-critical projects.

Airbnb uses the R programming language to seamlessly run several operations, such as moving data to Amazon S3 from R directly instead of downloading to .csv and then uploading it. Other operations include in-memory analysis and visualization through the direct aggregation of data from a Hadoop or SQL environment.

You may perform the following tasks in an organization that hires R experts:

R provides all the above capabilities in its packages, which are useful for anyone who wants to embark on a data science career. Open source tools have started to dominate the data analytics and data science markets with Python and R commanding more packages than SAS or SSIS.

Mastering both Python and R draw higher salaries than the combination of SAS and R or SAS and Python. No doubt, this trend will further solidify and become more pronounced in the future. Companies like Google are open-sourcing their tools like Tensorflow to define the new landscape in the area of machine learning and deep learning.

You also need to bear in mind that the increase in your annual salary depends on your current experience, educational background, and the location of the job. IT professionals can increase their wages by up to one-third through analytics upskilling. So now is the right time to learn R and embark on the data science journey equipped with the right skills.

Are you preparing for the role of a Data Scientist? Well, take up this Data Science Foundations with R Practice Test and know where you stand.

The standard level of  R skills can earn you an annual average salary of $105,000, according to the Dice Salary Survey. When you are looking for a job, you look for trending opportunities: best in class salary, future growth, and, of course, exciting work. The R programming language checks off all of these boxes; by learning the language, you’ll position yourself as a valuable candidate in today’s job market.

Start Your Career in Data Science by Mastering R: Get Started Today

R has a great selection of benefits that meet so many business needs, making it our obvious choice for data science for business. What are you waiting for? Upskill yourself in the data analysis or machine learning career paths by enrolling in Simplilearn’s Data Science with R Programming Course today and get started on the most sought-after Data Science jobs of the 21st century.

Find Data Science with R Programming in these cities