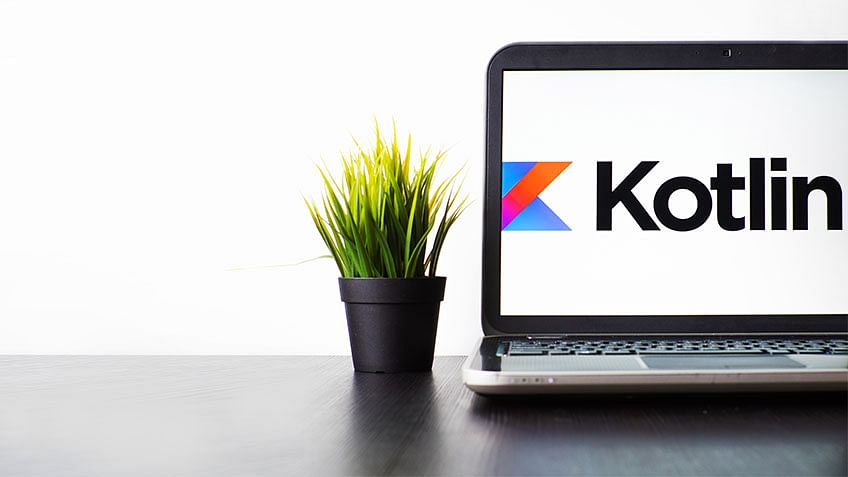 This language is JVM-based and can be easily used in all the projects where Java is preferred. The main attribute of Kotlin is that it is used to curate Android Apps, Server-side apps, and several relevant applications.

It amalgamates object-oriented programming (OOPs) and functional programming in an unlimited, self-contained, and unique platform. Kotlin comes with an outstanding feature where written programs don’t require semicolons, making it easy to contemplate and readable. The type system of Kotlin is designed to evade NullPointerExecption from code. Hence, saying goodbye to all problems that you might face in coding. This code is easy to deploy and manageable on a big scale.

Now that you’re convinced of acquiring this new code, let’s get you prepared for an interview questions round that might be asked related to Kotlin. Here is a quick guide for Kotlin Interview Questions.

You might be asked specific questions while sitting for your interview for software/program Developer. The questions will be related to the technicalities involved in this particular programming language. These questions will help an interviewer understand how well you’re aware of this code and if you can control it on a big scale as well. Keep scrolling to explore the world of Kotlin Interview Questions.

Kotlin comes in with several features that have made the lives of developers easier. Highlighting a few of the eye-catching features of Kotlin which will help you understand this language better-

1. What are the advantages of Kotlin over Java?

2. What’s the Target Platform of Kotlin? How is Kotlin-Java interoperability possible?

Java Virtual Machine is known as the Target Platform of Kotlin. Yes, Kotlin-Java interoperability is possible as both produce bytecode on the compilation. Due to this reason, it’s possible to call Kotlin code from Java and vice-versa.

3. How do you differentiate val and var declaration?

The variables of val can’t be changed. They are considered final modifiers in Java. On the other hand, var can be reassigned with the same data type value.

4. Is it possible to convert a String to an Int?

Yes, with the toInt() method, it’s possible to convert a String to an Int.

Elvis Operator is considered as the safeguard of the value. It helps to unwrap the value from the Nullable safely. It can be identified as ?: over the nullable type.

Null Safety refers to initializing the ‘null’ value so that the variable contains the null for the possible execution. With Null Safety, all the runtime null-dereference errors will be reflected in compile time.

7. What are Nullable Types in Kotlin?

8. Can we use primitive types like int, float, and double in Kotlin?

One can’t use primitive types at the entry-level. But one can experience it at compiled JVM bytecode.

9. What’s the entry point of the Kotlin Program?

The primary function is considered the entry point of the Kotlin Program. In this programming language, one can choose to ignore the central part of the class. Later, the strings passed in Array<String> command code are used to reclaim the command line arguments.

It is impossible to use const with a var or as an individual. Const is not permitted on a local variable. On the other hand, val properties are defined on a runtime. Adding const modifier to val can make a compile-time constant.

11. How do you define that a function has been declared?

A function’s return type is signified after the :

12. How do you differentiate between == and === operators in Kotlin?

13. What are the visibility modifiers identified in Kotlin?

The Visibility Modifiers in Kotlin are- Public, Internal, Private, and Protected.

14. What is the default visibility modifier?

The public is known as the default visibility modifier.

15. Define the type of constructors in Kotlin?

Constructors in Kotlin can be defined in two types- Primary and Secondary.

16. Define the init block in Kotlin?

Init is identified as the initializer block in Kotlin. It can be executed only once the primary constructor has been instantiated. However, if someone invokes a secondary constructor, it will start working after the primary one following the chain.

17. How does String Interpolation work in Kotlin?

String Interpolation is used to evaluate string templates. One uses the symbol $ to insert variables inside a String.

18. Identify the type of arguments inside a constructor?

The constructor arguments are by default set as val and var.

No, there is no word as ‘new’ in Kotlin. However, one can identify the same in Java.

20. How can we instantiate a class object in Kotlin?

21. What do you understand about Companion Objects in Kotlin?

While in other programming languages like Java, a static keyword is used to declare the class members/name. Kotlin doesn’t consist of a static keyword, i.e., to achieve the functionality of static member functions, a companion object is used. Companion Object is also known as Object Extension.

22. What’s the difference between Open and Public keywords in Kotlin?

If in Kotlin no visibility modifier is specified, one prefers to use public by default. This means that the declarations will be accessible everywhere inside the program.

23. What do you understand by the “when” keyword in the context of Kotlin?

The “when” keyword refers to substitutes. It is used to substitute the switch operator in other languages like Java. Once a particular condition is met, a specific block of code must run.

Inside this expression, it compares all the branches one by one. The target is to identify a match. Once the first match is discovered, it heads to the conclusion of the when block and focuses on executing the code immediately.

24. How do you differentiate lazy from lateinit?

Both of the attributes are known for delaying the property initialization in Kotlin.

25. Does Kotlin have the static keyword?

Get to learn and practice more about this language. Start today with these two courses- Full Stack Web Developer and AWS Cloud Architect. These courses will help you learn MongoDB, Express.js, Angular, HTML, CSS, and JavaScript to help you curate new and incredible applications.

If you have any questions or queries, feel free to post them in the comment below. Our team will get back to you with the solutions at the earliest opportunity.