COVID-19 and the Growing Demand for Freelance Work

Top Upskilling Tips and Learning Techniques to Fast-track your Career 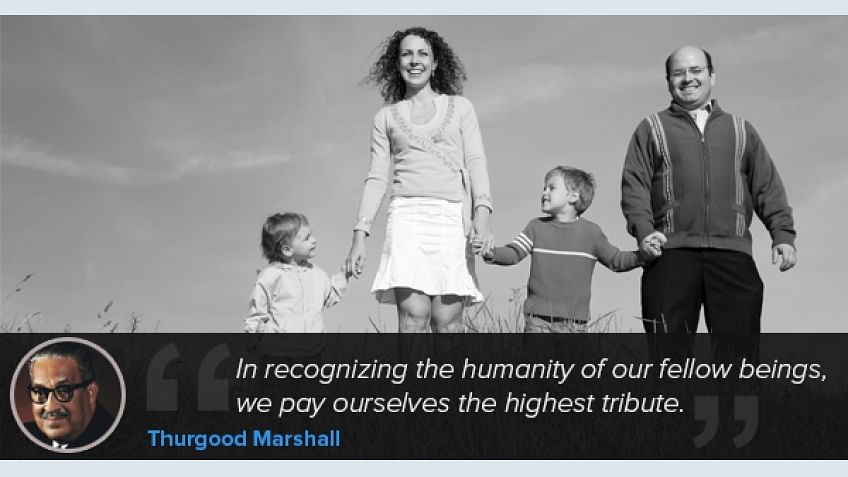 Respect: The most important factor for employee engagement, employee motivation and higher productivity

"Rajesh, you and your team have managed to turn around the project for us. You have also managed to gain sign offs on every single deliverable in the project. I will shortly send you, Sabyasachi and all our primary stakeholders, an email confirming the same ", Mandy said to Rajesh. For Rajesh, it was the most exciting moment in the last several years of his business relationship with the client.

Rajesh was our onsite engagement manager who had been managing the client for more than five years. Mandy was one of our business users and a primary stakeholder in the project. I and my team had arrived in London a few months back to implement a SharePoint based project for the tax team of our client.

However, for me and Rajesh, it wasn't easy sailing, when we first started working on the project. It took me and my team of developers almost two weeks to acquaint ourselves with the culture of our client, understand the processes in place, and get going. Moreover business users and other stakeholders were quite agitated with the way in which we had handled the project till then. Business users from the tax team felt that the project was a vital project for them and a further delay in implementing the project could adversely impact their business. Moreover , since this project involved dealing with vital data , there was a huge risk involved while implementing the project .Therefore, the business users had, in no uncertain terms, told Rajesh about the possibility of losing the account, in case of a project failure.

However, despite all our work pressures, Rajesh had shown a great deal of respect towards me, my team and our capabilities, right from the start of the project. There was not a single moment during the entire project when he had shown lack of trust and respect for the entire team. This had a positive impact on us and we too showed similar respect towards business users and other stakeholders by actively listening to their business problems, religiously following all practices and processes in place including change management practices, acquainting ourselves with culture of our client, communicating with them in a transparent and effective manner, and implementing the project according to their business priorities.

This, in turn, helped us to gain the respect, trust and involvement of all the stakeholders including business users, which was a crucial factor in turning around the project.

In this article, therefore , we will try and understand what is 'respect' all about and why project managers should strive to create an atmosphere of 'respect' at their workplaces.

What does it mean to respect people?

According to the dictionary, to respect a person is to consider him worthy of high regard, honor or esteem.

When we respect others, we take their preferences and ideas seriously. We respect their feelings and their survival needs. We thoughtfully weigh our own insights and experiences against theirs.

Above all, when we respect a person, we honor his worth or dignity as a human being .We respects his basic human dignity, even when his ideas, values or actions are entirely different than our own. Cultivating respect as a virtue does not mean insisting that all beliefs, actions or ideas are worthy of respect. It does mean, however, that we accept and honor the right of every individual to ‘BE’, without being judgmental.

Let us take a look at the following story of Rosa Parks, whose steadfast commitment to defending and respecting human dignity, led her to become the central figure of the Montgomery bus movement,  which in turn helped to launch the civil rights movement, a decade long national struggle for freedom and justice in the US , in 1955.

On December 1, 1955, Rosa Parks, a 42-year-old African American woman who worked as a seamstress, boarded a Montgomery City bus to go home from work.

She sat near the middle of the bus, just behind the ten seats reserved for whites. Soon all of the seats in the bus were filled. When a white man entered the bus, the bus driver, James F Blake, insisted that all the four blacks sitting just behind the section reserved for whites, give up their seats so that the white man could sit there. The driver was simply following the standard practice of segregation. Rosa, who was an active member of the local NAACP (National Association for the Advancement of Colored People) quietly refused to give up her seat.

She was arrested and convicted of violating the laws of segregation, known as ''Jim Crow laws." Rosa appealed her conviction and thereby formally challenged the legality of segregation.

This single act of nonviolent resistance by Rosa sparked off the Montgomery bus boycott, a 13 month struggle to desegregate the city's buses. Under the leadership of Martin Luther King, Jr., the boycott finally resulted in the enforcement of a U.S. Supreme Court ruling that public bus segregation is unconstitutional.

Although many news accounts depicted Parks as a tired seamstress on that historic day, Rosa explained the deep roots of her act of resistance in her autobiography: ‘‘I was not tired physically, or no more tired than I usually was at the end of a working day. I was not old, although some people have an image of me as being old then. I was forty-two. No, the only tired I was, was tired of giving in. I knew someone had to take the first step and I made up my mind not to move. Our mistreatment was just not right, and I was tired of it.”

However, this wasn't the first time that Rosa had shown her respect for human dignity with her steely grace and steadfast commitment. She had been doing so for years even before she boarded the bus on that historic day.

Rosa was one of the first women to join National Association for the Advancement of Colored People (NAACP) and had travelled throughout segregated Alabama to document racialized voter intimidation and brutality. She had also vigorously supported the NAACP , Montgomery Improvement Association, Alabama Voter’s League and Brotherhood of Sleeping Car Porters, to name a few of her activist roots.

Treat yourself with respect

People who treat others with respect are known to treat themselves with respect first. When we cultivate respect for ourselves, we cultivate a balanced view of our own strengths and weaknesses. We are neither big headed to think that we are better than others, nor do we belittle ourselves in front of others.

This also means we have the courage and the conviction to stand up for ourselves when others are giving us a hard time and encouraging others who lack confidence to stand up for themselves.

On that historic day, Rosa couldn't have resisted giving up her seat to the white man, if she wouldn't have had respect for herself.

Real respect is earned, it cannot be demanded. It is earned by treating others with respect, i.e. respecting their needs and feelings. For instance, if your colleague needs to talk to you regarding something that is bothering her on the job, you can earn her respect by accepting her need and voluntarily listen to her.

Project managers need to cultivate an atmosphere of respect at their workplaces.

Employees worldwide feel that being treated with respect is the most important factor in employee engagement and motivation, according to a new global analysis of Mercer’s What’s Working™ survey. The research was conducted among nearly 30,000 employees in 17 geographic markets between the fourth quarter of 2010 and the second quarter of 2011.

The global analysis reveals that non-financial factors such as being treated with respect play an important role in influencing employee motivation and engagement. The finding could prove useful to employers facing budget constraints.

Financial factors such as benefits and incentive pay can be important to other aspects of the employment deal such as attracting, retaining and rewarding employees. However, when it comes to their day to day motivation and engagement at work, these factors are considered less important by employees.

Workers worldwide say that being treated with respect is the most important factor for employee motivation and engagement, followed by work/life balance, type of work, quality of co-workers and quality of leadership.

“Employee engagement reflects the total work experience, and a big part of it is how you are treated, what kind of work you do and how you feel about your co-workers, bosses and the general work environment,” said Colleen O’Neill, PhD, a Senior Partner at Mercer and the firm’s Talent Leader in the US and Canada.

The detail of the survey including a region wise breakup of the factors that influence employee motivation and engagement at work is available in the press releases section of Mercer’s official website.

Project managers should therefore strive to create an atmosphere of mutual respect in their workplaces. Various surveys and researches have revealed that effective teams have mutual respect for each other at heart. It is one of the key factors for creating a cohesive team and a productive work environment. In such an environment, team members share jokes with each other, share common interests, facts about their family and children, and help each other during tough times.

Team members are also more likely to look up to their project managers as a role model when it comes to treating each other with respect at workplace , irrespective of whether it is smooth sailing for them or they are under pressure to perform.

When we respect a person we honor his worth and dignity as a human. We respect his feelings and survival needs. We respect his human dignity, even when his ideas, values or actions are entirely different than our own.

Various surveys have revealed that being treated with respect is the most important factor for employee engagement, employee motivation and higher productivity. Team members tend to look up to their project managers as a role model when it comes to treating each other with respect in their workplaces. Project Managers should therefore strive to create an atmosphere of respect in their workplaces.

The Importance of Work Packages in Project Scope Management