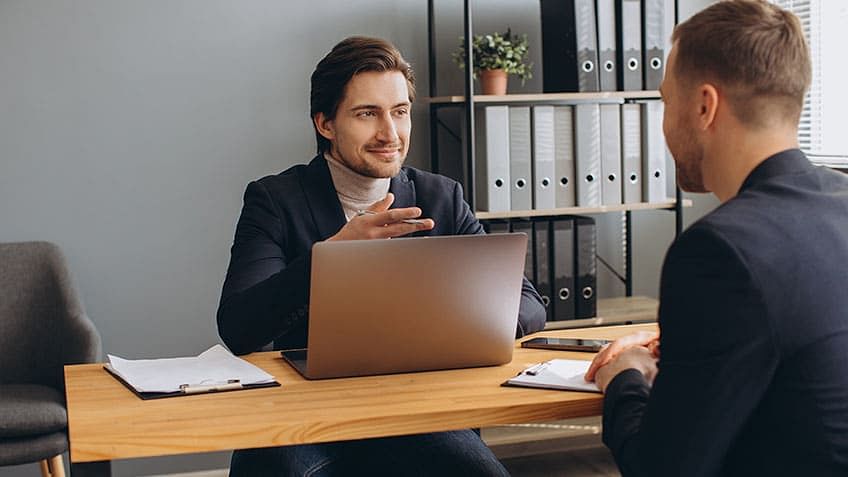 Becoming a Solidity developer involves having all the basics related to the language covered. However, since Solidity is used for creating smart contracts that are a crucial element of decentralized programs and applications that run on the blockchain system, it is also imperative that individuals have a complete understanding of the blockchain technology, how it works, and other aspects concerning the blockchain ecosystem.

If you are an aspiring Solidity developer, knowing the basic Solidity interview questions and answers to them will not only help you make your preparation more systematic but also increase the chances of your selection. With that said, here are some common questions related to Solidity and Ethereum that can help you prepare well for the technical rounds of interviews at different companies.

Solidity is a high-level language used in the blockchain ecosystem for implementing smart contracts. Designed specifically for targeting Ethereum Virtual Machine, Solidity was influenced by several programming languages, such as JavaScript, Python, and C++.

2. What are some important features of Solidity?

Solidity has some salient features, which include libraries, contracts, and inheritance support. With Solidity, users can also create custom data types which can be a crucial part of smart contract development.

3. What types of applications can be developed using Solidity?

4. What are the main differences between Solidity and other programming languages like Python, Java, or C++?

5. What is machine code in relation to Solidity contracts?

6. What is an enum? What are the restrictions on their use?

Enums are one of the methods used for creating user-defined types in Solidity. While you can implement an implicit conversion when using enums, they allow explicit conversion both to and from all integer types. Enums require at least one member, and the explicit conversions check the runtime value ranges. When there’s a failure, it results in an exception.

7. What is EVM bytecode?

EVM is the abbreviation for Ethereum Virtual Machine, which is a low-level programming language that is compiled from Solidity— a high-level language. EVM helps reduce the operating system dependency by sitting between the application layer and the operating system. Because of EVM, Ethereum contracts can be on almost any computer.

8. What is a library and how many types are there?

9. What is the function of the consensus algorithm?

The consensus algorithm is one of the aspects that make decentralization possible for blockchain-powered platforms and applications. Consensus algorithms enable a mechanism that ensures a majority of the token holders and stakeholders agree upon and decide the credibility of a transaction while also deciding how to add new blocks of transactions. Consensus helps prevent the chances of any user making unauthorized changes.

10. What do you understand about the Ethereum network?

The Ethereum network is an open-source blockchain platform that leverages blockchain technology. It is most commonly used for creating decentralized applications that do not depend on a single authority or a centralized entity and instead are monitored by all the peers.

11. What are the differences between Ethereum and blockchain and bitcoin?

The most basic difference between bitcoin and Ethereum is that bitcoin is a cryptocurrency and the latter is a ledger technology that is used to create new programs. Bitcoin was created as an alternative to the national currency while the Ethereum platform was created for programmatic contracts and applications which use its own currency— ETH. While bitcoin transactions might take minutes to be completed, it only takes seconds to complete Ethereum transactions.

12. What are the benefits of using smart contracts on Ethereum?

13. What tools can be used for testing Solidity codes?

Some of the most popular and commonly used tools for testing Solidity codes are Solium and Truffle. You can find and fix issues in your Solidity codes with Solium, which is a linter. Truffle can be used as a development environment, asset pipeline, and testing framework for Ethereum.

14. Is it possible to use loops in Solidity?

15. What is a constant function in Solidity?

A constant function is one that does not make any modifications to the state of the contract. Therefore, you can call the function from anywhere without worrying about security concerns.

16. What is the concept of storage variables in Solidity?

17. What is the first thing that needs to be defined when creating a Solidity file?

The first you should define when creating a Solidity file is the class. This helps avoid errors related to compilation that is caused due to incompatibility between various versions of Solidity. Therefore, the version number must be declared.

A smart contract’s ABI specifies its interface and the set of functions accessed from outside the smart contract. The ABI is used only for defining the events of the contract and function signatures, such as names of the function, return types, and argument types. However, it does not define their implementation.

19. What type of language is Solidity?

Solidity, which is designed for creating smart contracts, is a statically-typed programming language. It makes use of ECMAScript-like syntax. Therefore, existing web developers would be familiar with it.

20. What are the two APIs that a smart contract uses to interface with it?

The two APIs used by a smart contract to interface with it are eth_sendTransaction and eth_call. Calls, when compared to gas, as a better option because gas is expensive while calls don’t cost anything. Therefore, while gas can change the blockchain, calls don’t. However, while transactions don’t return a value, that is not the case with calls.

1. Why is Solidity used in blockchain?

2. Is Solidity frontend or backend?

Solidity is a backend language. The reason why blockchain platforms need a different backend language with specific features is that the front end is similar for both centralized and decentralized applications. What makes them different is the backend, which requires a unique high-level programming language such as Solidity.

3. How much do Solidity developers make?

Solidity developers have the scope to earn well with time owing to the demand for professionals who can use the language to create smart contracts for blockchain systems. The current national average salary that Solidity developers can earn is INR 9,00,000 per annum in India.

4. Is Solidity the future?

Since decentralized applications and programs are gaining more popularity with time and have a greater scope of application for different sectors, it is safe to say that Solidity is the future.

Hope this article has given you a thorough idea about how to answer some of the commonly asked Solidity developer interview questions. If you are looking to further enhance your skills, we would highly recommend you check Simplilearn’s Blockchain Bootcamp. The Blockchain Bootcamp can help you master the architectural principles and services of today’s top Blockchain solutions. You will also learn how to design, deploy applications, and develop the skills to transform yourself into a Blockchain professional.

If you have any queries or doubts, feel free to post them in the comments section below. Our team will get in touch with you at the earliest.