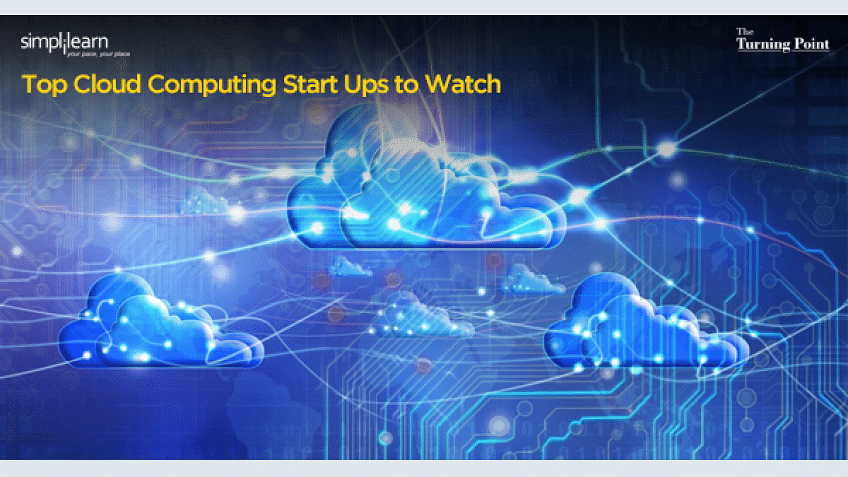 In today’s digital era, sharing of information is very crucial and greatly contributes to the general performance of any organization. The need for continuous information sharing had created a vacuum that consequently gave birth to many cloud computing startups. Interestingly, the nature of cloud computing startups in their own way are somewhat changing. The industry itself is positively affected by the contribution of these startups, majority of which have managed to establish themselves as the new market leaders in the industry. Big organizations across the world have embraced the new technology of cloud computing. This technology has helped many companies to safely store their data and at the same time save money. Here is an overview of top cloud computing startups that can change the cloud industry landscape. Some based on their records are now serving more customers than the already established ones.

1. SkyKick
When Microsoft launched its cloud based system “Office 365”, many people got interested in it. A shift that was somehow tedious and problematic since many IT providers were going through difficult time in helping their clients move. SkyKick seized the moment and ever since its inception in 2013, it has been working so hard in helping small and medium entrepreneurs to quickly move from the traditional ineffective systems to the promising Office 365. They have an app that is pretty simple to use when one is migrating everything from legacy system to the more advanced Office 365. SkyKick migration suite entails four simple processes namely; plan, move, deploy and manage. In addition, they also offer customer support to all their clients and are always helpful to anyone having difficulties. Currently, they have a partnership with Microsoft Inc and have a number of products, which are all cloud based.

2. Nebula
Nebula was founded in April 2011 and its headquarter is located at Palo Alto, Calif. It Provides OpenStack-based appliances that enable Businesses to deploy and manage clouds systems (private). OpenStack has so far managed to shake the cloud infrastructure landscape since it came to life. Nebula serves as an alternative to the closed cloud systems. Currently, many government agencies, including NASA use OpenStack as their private clouds. However, Nebula provides private cloud solution as an appliance.

Market Potential and its competitive background:
According to Forrester, cloud computing is expected to grow from $40.7 billion in 2010 to about $241 billion in 2020.Nebula is predicted to have a great contribution in this. Nebula competes in this field with other great cloud startups such as VMware, dinCloud, OnAPP and many others.

3. VigyanLabs
VigyanLabs is an innovation based organization dedicated to build products that promote green computing. Ever since its inception in 2008, its contribution in promoting green computing has resulted in a number of awards. As of early 2014 VigyanLabs’ contribution is estimated to have resulted in power usage reduction by up to 40%. All their products guarantee Zero Carbon emission. Their first ever product was IPM+ which has successfully enabled power management in electronic devices such as PCs, mobile phones, and Data centers. They also advocate for solutions aimed at solving key global problems such as scarcity of energy and water, transportation management and waste management.
To walk their talk, they have been actively participating in offsetting the outstanding operating carbon footprints by engaging in tree planting. On a philanthropic side, VigyanLabs actively supports Sikshana Foundation in India, a venture that is aimed at improving education levels in India’s public schools system both in rural and urban areas. Without doubt, this is yet another cloud based start up to watch.

4. OnApp
OnApp is an IT based company headquartered in London in the United Kingdom, known for providing cloud based services such as IaaS, CDN and advanced storage services among others. It was founded in July 2010. To date, OnApp has so far managed to raise $20 million in 2 rounds of funding. Major Contributions: OnApp struggles to remove the barriers hindering host providers from swiftly moving to the clouds. With OnApp, service providers can now develop a turnkey system that can enable them to create their own cloud services by simply using their data centers and/or existing servers without incurring other software investment. When you subscribe to OnApp Cloud platform, you automatically give them permission to take care of all main cloud management functions for you such as VM management, Cloud deployment, failover and auto scaling. Unlike other cloud computing companies, OnApp includes capabilities such as plan based billing models and support for different utilities which are so important to service providers.

Market and competition Landscape:
Currently, OnApp targets public IaaS Market which according to Garter is estimated at $6.2 billion, and CDN market worth about $2.5 billion based on Markets and Markets. Its main competitors include Boomi and Scale Up. In addition, credit to its recent service upgrade, it now competes with companies providing CDN services.

5. Piston OpenStack
It was founded in January 2011 and it’s headquarter is situated in San Francisco, California. Piston OpenStack is famous for its efforts in simplifying the entire migration process from legacy systems to private cloud system. Piston produces products apps that enable companies dealing with mobile and web design with data application developers to easily and securely develop their products and produce them to the market in a short span of time. The company also helps in driving OpenStack forward by contributing code and expertise which ensures that OpenStack remains effective in the cloud. To show its essence in cloud computing industries, among its key clients are Cisco Systems and Swisscom Ventures.

6. dinCloud
dinCloud is a reputable name in helping small and middle sized business migrate using their desktops, servers, networking, applications and storage to a secured virtual private data center. It was founded in 2011 and is currently headquartered in Los Angeles in California, United States.
Unlike other cloud computing companies, dinCloud provides more than just virtual machine to their customers, they go further into providing technical help and advice aimed at helping business owners transform their entire physical environment to the virtual one. dinCloud customers are given much control and are able to control most of their infrastructure through an online cloud orchestration and administration platform which is called dinManage. They have a partnership with Microsoft which has helped many customers to save up to 50 percent on their Information and technology expenditure. As to date, dinCloud hosts about 250 virtual desktops with 30 virtual servers and in addition, provides second site back up services in the cloud. Among its key customers are King’s Hawaiian and the National Asset Direct.

Market and competition landscape: According to Gartner, cloud infrastructure as a service expenditure is estimated to about $72 billion and is believed to increase by 42% by 2016. Its key competitors include nebula, Rackspace and AppZero.

7. AppZero
AppZero has its headquarters located in Andover and was founded in September 2010. It is known for helping companies to migrate their server applications to the cloud based system. AppZero is estimated to run on $10million budget in angel funding from private investors and Covington Capital. As you may have now noticed from this article, the process of migrating from legacy system to cloud system isn’t that easy. It even gets difficult when the company in question is already established and have applications they need migrated to the cloud.
AppZero takes care of the applications and all its dependencies by encapsulating them in a virtual application appliance providing their customers with flexible and hypervisor agnostic cloud independence which is fast and more secure. AppZero currently serves renowned customers including Pabst Blue Ribbon. It is also well known for its good PR and Marketing strategies which have enabled it to engage a lot of customers; an advantage that has enabled it to continue flourishing even when other cloud computing startups fail. In addition, AppZero, also participates in Cloud computing training, an initiative that is aimed at empowering their customers in cloud computing proficiency.

Market potential and competition analysis:
According to Gartner, Cloud Infrastructure as a service is expected to exceed $72 billion by 2016, promising much for companies majoring in these services. Its core competitors include PlateSpin and other NetIQ companies.

8. BlueJeans
Founded in November 2009, BlueJeans develop Cloud Based Videoconferencing tools that facilitate other services. Its headquarter is located in Mountain View California. Mr. Krish Ramakrishnan is the CEO.

Funding:
BlueJeans have so far managed to raise about $48.5 million from Accel Partners, New Enterprise Associate and Norwest venture Partners. Blue Jeans, through their contributions has managed to literally break the barriers brought about by different systems and platforms like Polycom, Google and many such by ensuring that all video conferencing calls connect regardless of the system they are operating on. Blue Jeans is currently working towards ensuring that they get past audio only calling market to Video calls; among its key customers are the Sierra Club, Facebook, Match.com and Foursquare. Without Blue Jeans, one would need to first download a special software in order for one to make a video call.

9. Revolve Robotics
Revolve Robotics enables its users to have a 3D view of the room. With Revolve Robotics, users can now design their special meeting rooms with everything they need to be seen by people from the other side. In addition, with their system, users can save positions and titles of each team member. The package comes with a web capable device that gives its user full control over the camera. The devices provided by Revolve Robotics are easier to use and more importantly can be set anywhere and can be controlled from anywhere as long as one has access to the web.

10. Aryaka
Founded in November 2008, Aryaka is headquartered at Milpitas, California. Ajit Gupta is the CEO. They are experts in providing cloud based Wide Area Network (WAN) optimization and Application Acceleration services. Funding: So far, the company has managed to raise about $25 million in 3 rounds, the recent one raising $25 million which was led by InterWest Partners with the help from Presidio Ventures, and existing investors like Nexus Ventures Partners and Mohr Davidow Ventures. WAN Optimization generally is too costly and Aryaka decided to come up with a different approach aimed at reducing the cost.
Basically, it provides WAN Optimization as a service. Initially, Aryaka developed a delivery network which comprised of the widespread POPs; which enable enterprises to connect with Aryaka network through the existing internet links. Unlike in hardware based solutions, which normally would take weeks, now take minutes to complete. To boost application acceleration, the company runs a TCP optimization technology, along with bandwidth scaling and the effective application-specific proxies. In addition, the company gives its user access to the Internet based SaaS and other Cloud services which has been effective in decongesting the internet based connectivity resolution experience.

Market potential and Competitive Analysis:
Riverbed Owns about 50 percent of the WAN optimization market which as of 2012, was estimated by IDC to be $1.3 billion. Many IT based companies are slowly shifting from Box Heavy infrastructure to more flexible one like WAN creating a vacuum that is to be filled by among other companies Aryaka. Its key competitors include Cisco, F5, Silver Peak and Blue Coat to mention but a few.
Other emerging market leaders who can bring a change in the the cloud computing industry include: Codename One, Airpost, Classle, Cloudvelocity, AtomOrbit and BrightTag. The intensity of the problem addressed, how different the company provides the solution, the number of competitors it has and its position, and how the future service/product will look like are the criteria used to determine the future of cloud computing startups..

Eshna is a writer at Simplilearn. She has done Masters in Journalism and Mass Communication and is a Gold Medalist in the same. A voracious reader, she has penned several articles in leading national newspapers like TOI, HT and The Telegraph. She loves travelling and photography.

How to Start a Career in Cloud Computing?