HomeResourcesSoftware DevelopmentLearn What Are Data Structures in C and Their Uses

Learn What Are Data Structures in C and Their Uses 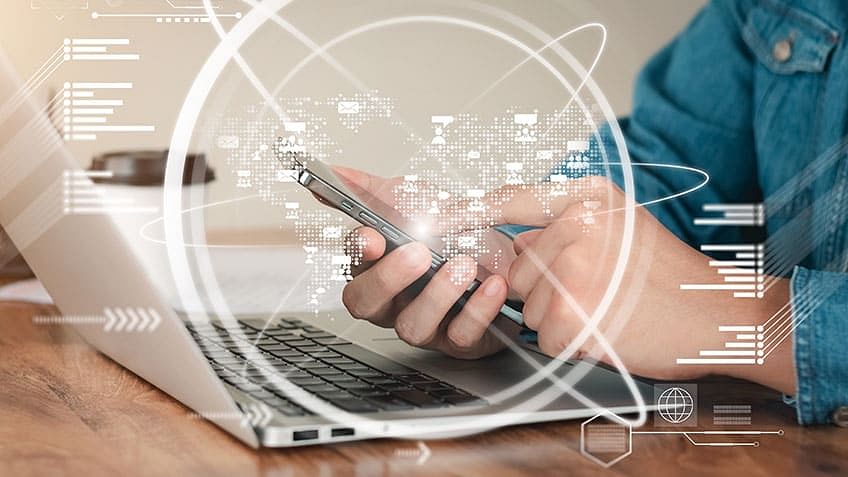 In this article, we will be going to introduce you to the different types of data structures in C along with their implementation.

Types of Data Structures in C

The data structures in C can be classified into two categories:

The non-primitive data structures in C can further be divided into two categories:

Linear data structures in C store the data in a sequential or linear fashion. The memory location of each element stored can be accessed sequentially. The elements may not be present adjacently in the memory, however, each element is attached to the next element in some way. Example - arrays, linked lists, stacks, etc.

On the basis of size, the data structures in C can also be classified as:

The dynamic data structures in C are capable of resizing themselves during the run time of the program. The memory space allocated to such data structures can be modified (increased or decreased), thus providing more flexibility to manipulate the data stored in them. Example - Linked List.

The array data structure in C is a linear data structure that can be described as a group of multiple entities of similar type into a larger group. These entities or elements can be of int, float, char, or double data type or can be of user-defined data types too like structures. The array is one of the most used data structures in C as it has many practical as well as real-life significance.

Let us take a real-life example. Let’s say you want to print 1-100 digits. Now, to store them, you can do two things. The first one is to make 100 variables and store the numbers from 1-100 in those variables separately. The second method is to create an array of size 100 and store the numbers in that array in O(1) time. It is clear that the second method is more optimized and practical than the first one as it is more convenient to store these values in a single array rather than creating 100 variables.

Single dimensional array or 1-D array is the most common and most used form of arrays that can be found in C. 1-D array consists of elements of similar types and these elements can be accessed through their indices.

Also Read: Arrays in Data Structure: A Guide With Examples

The following example illustrates the array data structure in C.

// input index where the element is to be inserted.

// input the element to be inserted.

Also Read: What is C Programming?

The following are basic operations that are performed to manipulate the data stored in a stack.

The following program implements a stack using the arrays.

// function to create a stack.

// function to check if the stack is full or not.

// function to check if the stack is empty or not.

// function to perform the push operation in the stack.

printf("Overflow! The stack is full.");

// function to perform the pop operation in the stack

// and return the deleted value.

// function to print the elements of the stack.

printf("The elements of the stack are:\n");

// insert data values into the stack.

// print the stack elements after performing the pop operation.

A queue is another data structure that stores the elements in a linear or a sequential manner. The first inserted element in the queue is the one to be removed first. This is also called the first in first out (FIFO) rule. Since the elements are inserted at one end and removed from the other end, a track of the first and last indices has to be kept. These are called the front and rear of the queue.

There are many examples in real life that resemble the queue data structure in C. Imagine a queue of people waiting to visit the dentist. The patients will be served on a first come first serve basis. The queue in C is implemented in the same way.

The following are basic operations that are performed to manipulate the data stored in a queue.

The following program implements a queue using the arrays.

// function to create a queue.

// function to check if the queue is full or not.

// function to check if the queue is empty or not.

// function to perform the enqueue operation in the queue.

// function to perform the dequeue operation in the queue

// and return the deleted value.

printf("The elements of the queue are:\n");

// delete an item from the queue.

// print the queue elements after performing the dequeue operation.

The fourth and last linear data structure in this article is the linked list. Unlike arrays, elements of a linked list are stored non-contiguously. They can be stored anywhere in the memory and are not connected adjacently. We have to use a pointer to link the elements together.

A linked list is headed by the pointer to the first node that is known as the head node. The head node or head does not contain any value but it stores the address of the first element of the list.

Also Read: Top 7 Practical Applications of C++ and the Way to Build a Career in the Field

The head will be NULL if the linked list is empty.

A node of a linked list consists of two parts:

// function to print the values

// allocate 3 nodes in the memory.

head->next = second; // store the address of the second node

second->next = third; // store the the address of the third node

A tree is a dynamic data structure in C that represents the hierarchical connection of nodes.

Let's discuss some of the most popular and important trees.

A node in a Binary Tree mainly consists of three parts: data of the node, a pointer to the left child, and a pointer to the right child. In C, a structure is used to represent the nodes of a Binary tree. Consider the following snippet.

Here, data is the value of the node whereas left and right are the pointers to the left child and right child respectively.

// Insert on the left of the node.

// Insert on the right of the node.

// insert new nodes to the tree

The value of the left child of a parent node should have less value than the parent node.

The value of the right child of a parent node should have a higher value than the parent node.

The left and the right subtree of a node must also be binary search trees.

Also Read: An Introduction to Tree in Data Structure

Also Read: Your One-Stop Solution For Graphs In Data Structures

The two following graph representations are most commonly used.

An adjacency matrix is a 2-D square matrix i.e., of size V x V where V is the number of vertices of the graph. An adjacency matrix is represented just as a normal 2-D matrix and is also used for weighted graphs. If you see adj[i][j] = 1 where adj is the name of the matrix, then it means that there is one edge between vertex “i” and vertex “j”.

An adjacency list is the same as an array. The size of the array represents the total number of vertices of the graph. It is also used to represent the weighted graphs where a list of pairs represents the weights of the edges.

The following example illustrates the Graph data structure in C.

struct AdjListNode *next; // pointer to the next node

// function that creates a graph having V vertices.

// Create an array of

// as empty by making head as NULL

// adds an edge to an undirected graph.

// add an edge from source to destination.

// add an edge from destination to source.

Why stop here? You can learn more such interesting software development concepts in Simplilearn’s 9-month certification training on Full Stack Web Development. You will learn important tools and technologies such as Agile methodologies, DevOps culture, Java and its frameworks such as Hibernate, Spring, JPA, etc.

If you are a keen learner and want to keep yourself updated with new technologies, check out Simplilearn’s complete list of free online courses.

If you have any queries in this “Data Structures in C” article or suggestions for us, please mention them in the comment box and our experts answer them for you as soon as possible.