Lesson 37 of 55By Simplilearn 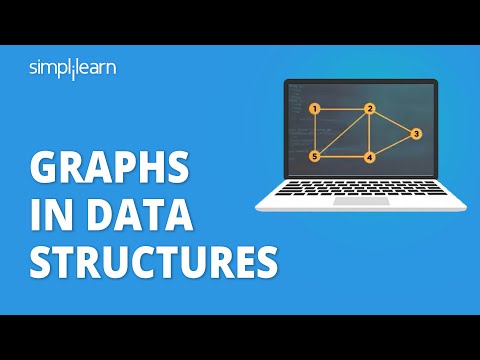 1. Where are graph data structures used in real life?

You most likely utilise social networking platforms such as Facebook, LinkedIn, Instagram, and others. A wonderful example of a graph in usage is social media. Graphs are used in social media to hold information about each user. Every user is a node in this case, just like in Graph. Similarly, Google Maps is another application that makes use of graphs. In the case of Google Maps, each place is referred to as a node, and the roads that connect them are referred to as edges.

2. What are the different types of graphs in data structure?

3. How many types of graphs are there in data structure?

They are of 14 to 15 types. However, the most commonly used graph is the finite graph.

4. What is a complete graph in data structure?

5. What is a directed acyclic graph?

A directed acyclic graph (DAG) is a graph that is directed and has no cycles linking the other edges in computer science and mathematics. This indicates that traversing the complete graph from one edge is impossible. The edges of the directed graph can only move in one direction. The graph is a topological sorting in which each node has a specific order.

6. What is graph in data structure?

A graph is a type of non-linear data structure made up of vertices and edges. Vertices are also known as nodes, while edges are lines or arcs that link any two nodes in the network. In more technical terms, a graph comprises vertices (V) and edges (E). The graph is represented as G(E, V).

7. What is graph in data structure and its application?

A graph is a non-linear data structure made up of vertices (or nodes) linked by edges (or arcs), which can be directed or undirected. Graphs are used in computer science to depict the flow of computation.

8. How are graphs useful when interpreting data?

Graphs are a popular way to visually depict data connections. A graph's objective is to convey too many or intricate facts to be fully expressed in words and in less space. However, do not use graphs for little quantities of data that may be expressed in a phrase.