Polymorphism in C++: Understanding The Concepts 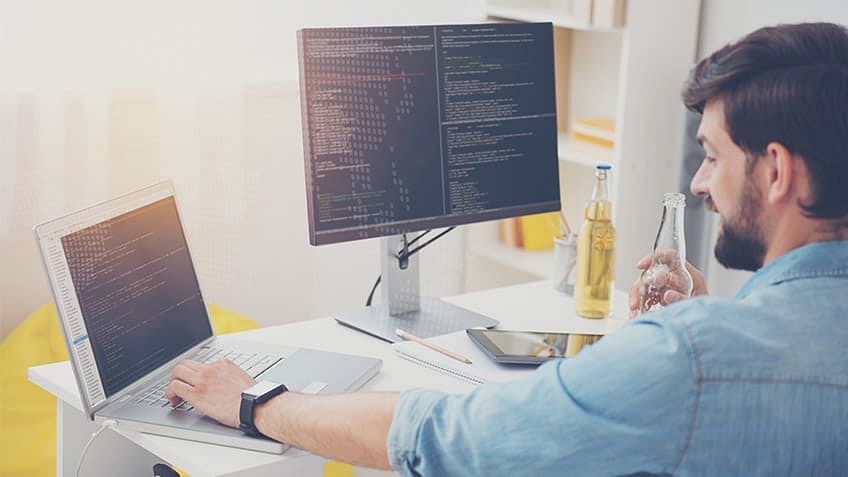 To understand polymorphism, you can consider a real-life example. You can relate it to the relationship of a person with different people. A man can be a father to someone, a husband, a boss, an employee, a son, a brother, or can have many other relationships with various people. Here, this man represents the object, and his relationships display the ability of this object to be represented in many forms with totally different characteristics.

Polymorphism in C++ is broadly classified into two categories based on their characteristic features that you will explore further in this article. These categories are:

Why Do You Need to Use Polymorphism?

Polymorphism has several benefits associated with it. One of them is that it helps you write the code consistently. For example, suppose you want to find the area of a circle and a rectangle. For that, your first approach will be to create a base class that will deal with the type of polygon. This base class contains two derived classes, one for the circle and another one for the rectangle. Now, instead of declaring two separate functions with separate names in both the derived classes to calculate the area of each polygon, you can just declare one function in the base class and override it in the child classes to calculate the area. In this way, you increase the code consistency using polymorphism.

Based on the functionality, you can categorize polymorphism into two types:

The implementation of compile-time polymorphism is achieved in two ways:

Before discussing them, it is essential to understand their other counterpart which is runtime polymorphism.

The implementation of run time polymorphism can be achieved in two ways:

In C++, you can implement compile-time polymorphism in two ways. In this section, you will explore both of them in detail.

All the functions that have been overloaded share the same scope. Since it is achievable in both the base class and the derived class, you do not specifically need inheritance.

void myFunc(int a, int b)

// Which myFunction is called will depend on the parameters passed

// The first 'myFunc' is called

// The second 'myFunc' is called

// The third 'myFunc' is called

In the program above, there are three functions with the same name myFunc, but with different arguments. When a function call is made, the compiler decides the function which is to be called by matching the parameters passed. So, when you pass an integer value 10, it calls the function mFunc(int a).

You can overload almost all operators supported by C++, but there are a few exceptions. These exception operators are:

Some Key Points About Operator Overloading:

// define a class to convert integers into float

// this is a conversion operator

// it will convert an integer into float

// constructor of the class

In C++, you can implement run-time polymorphism in two ways. In this section, you will see both of them in detail.

Function overriding takes place when your derived class and base class both contain a function having the same name. Along with the same name, both the functions should have the same number of arguments as well as the same return type. The derived class inherits the member functions and data members from its base class. So to override a certain functionality, you must perform function overriding. It is achieved during the run time.

Functions that are overridden acquire different scopes. For function overriding, inheritance is a must. It can only happen in a derived class. If a class is not inherited from another class, you can not achieve function overriding. To sum up, a function is overridden when you want to achieve a task supplementary to the base class function.

// define a base class

// display function of the base class

cout << "I am the display function of the base class";

// display function of the serived class

// this function will display()

// of base class override at run time

cout << "I am the display function of the derived class";

// create objects of base and child classes

Some Key Points About Virtual Functions

// define a base class bird

// create a reference of class bird

// this will call the virtual function

// this will call the non-virtual function

Compile-Time vs. Run-Time Polymorphism in C++

To better understand the entire C++ programming language, you can go through our guide on C++ Programming for Beginners.

Why stop here? Leverage our course on Full Stack Web Development to learn trending technologies and skills and give yourself a chance to work for top tech giants. This course will walk you through complete end-to-end technologies/skills that will help you to set your foot into professional web development. These include Java, DevOps, Agility, HTML, AWS, etc.

Also, check out the complete list of free online courses by Simplilearn.

If you have any questions for us, please mention them in the comments section and we will have our experts answer them for you.