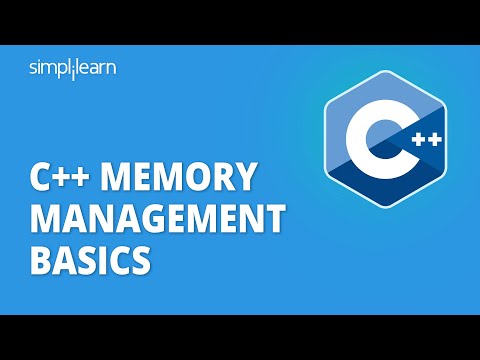 What Is  C++ Memory Management?

Memory management can be defined as a process in which management of a computer’s memory occurs, for example assigning memory to programs, variables etc., in such a way that it doesn’t affect the overall performance. Sometimes, the computer’s data can range up to terabytes, so efficient use of memory is necessary to minimize memory wastage and boost up performance.

Why Do We Need Memory Management, and How Does It Work?

Memory management is required to ensure that there is no wastage of memory and that allocation takes place efficiently. The memory that a C++ program uses is divided into different parts. Here, we will discuss two, i.e. stack and heap.

During the declaration of an array, there are times when the correct memory is not determined until runtime. To avoid such scenarios, we usually declare an array of the maximum size. However, because of this full size, some memory remains unused. For example, let us suppose we have declared an array of size 30, and after declaring the array, it turns out that we only need space of 10 size, so the rest of the space is of no use, or we can say it will get wasted.

To avoid such cases, we use memory allocation. We can allocate the memory at runtime from the heap using an operator.

Allocation and Deallocation of Memory

In C++, two operators are used for the allocation and deallocation of memory i.e

So, let’s understand the purpose of these two operators.

Using the C++ new operator, we can allocate memory at the runtime. The new operator in C++ is used for the dynamic memory allocation; It is used to allocate the memory at runtime on heap memory.

Here, ptr is the pointer of type integer. It is equal to new which is the operator, and int is the data type of the pointer variable.

Once the memory is allocated, we can delete the memory when it is not required anymore. The delete operator in C++ is used for the deallocation of memory.

When we no longer need to use the variable, that means when the memory is no longer required, we have to deallocate or release the memory using the delete operator.

Here, delete is the operator, and ptr is the pointer variable.

Now, let’s look at an example where we will be  using both of these operators, and find the average of three numbers entered by the user.

Then, we will take the input from the user of those three numbers of which they want to find the average. Once the user has entered the numbers, we will find the average of those numbers using the formula avg = (*ptr1+*ptr2+*ptr3)/3. We are using the dereference operator with the pointer because it points to the value of the variable.

After that, we will display the avg variable in which the result is stored. Then, we will delete the memory space that has been allocated or deallocate the memory using the delete operator.

Shown below is the output.

New and Delete Operator for Arrays

Now, let’s see an example where we can learn how to use the new and delete operator for arrays. In this example, the user will enter some elements and then we will display those array elements.

Once the memory allocation is done, we will take the array elements as input from the user.

After that, we will display those elements using the for loop, i.e., iterating from 0 to num. Once the elements are printed, we will deallocate the memory using the delete operator.

Shown below is the output.

If you are looking to build a career in software development, check the Post Graduate Program in Full Stack Development by Simplilearn.