Lesson 4 of 11By Taha Sufiyan 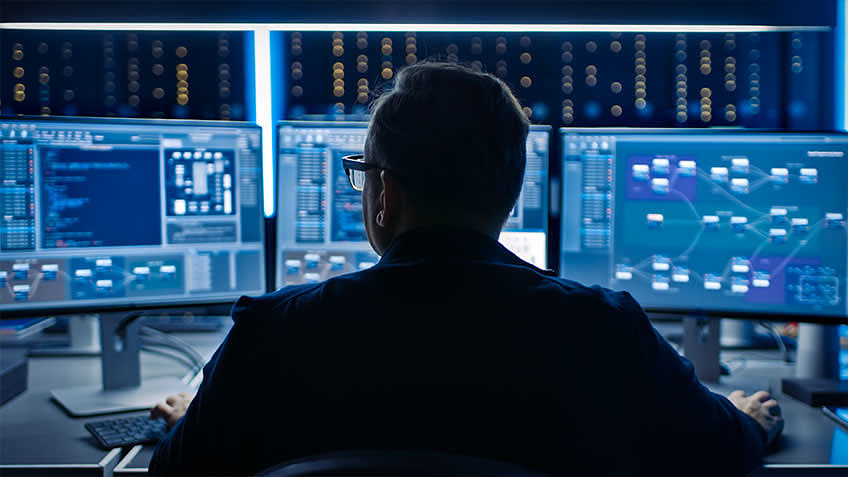 React is perhaps the most popular front-end JavaScript library in today’s times. From startups to big enterprises and corporations, React is finding phenomenal applications in many of these organizations. Leading and popular companies like Airbnb, Netflix, The New York Times are using this highly-useful technology on their websites, and their mobile applications. React’s popularity grew mainly because of the increased performance it delivered to web applications when compared to Angular. React introduced several concepts that overcame the drawbacks of previous frontend frameworks.

This article lets you explore and learn one of the most important React concepts, Components. One of the reasons React has become so popular is the implementation of reusable User Interface elements. Components allow the User Interface to be simpler, modular, and hence, reusable.

You will find this article covering the following topics:

What is React Component?

Components are rightly defined as the essential building blocks of any application created with React, and a single app most often consists of many components. A component is in essence, a piece of the user interface - splitting the user interface into reusable and independent parts, each of which can be processed separately.

Important aspects of components include:

Let’s move on and look into the types of components.

The code mentioned above creates a class component App that extends Component class from React library. The class has a constructor that contains the state of the web application. onChange function updates the value of the state with the value that the user enters in the input field. render() method outputs the input field to the screen. The state gets updated with the value that the user enters, and the value output is presented to the screen inside the <p> tags.

In React, we can nest components inside within one another. This helps in creating more complex User Interfaces. The components that are nested inside parent components are called child components. Import and Export keywords facilitate nesting of the components.

Importing named values allows the user to import multiple objects from a file.

We have learned so far that the React web applications are actually a collection of independent components that run according to the interactions made with them. Each component in React has a life-cycle that you can monitor and change during its three main phases. There are three phases: Mounting, Updating, and Unmounting. You can use life-cycle methods to run a part of code at particular times in the process or application. You can refer to the below diagram to get a visual idea of the life-cycle methods and their interactions in each phase.

Mounting is the phase when the component is mounted on the DOM and then rendered on the webpage. We call these methods in the following order when an element is being created and inserted into the DOM:

This function mounts the component on the browser.

We invoke this function right after the component is mounted on the DOM i.e., this function gets called once after the render() function is executed for the first time. Generally, in React applications, we do the API calls within this method.

We call the methods in this phase whenever State or Props in a component get updated. This allows the React application to “react” to user inputs, such as clicks and pressing keys on the keyboard, and ultimately create a responsive web user interface. These methods are called in the following order to carry on the update of the component:

We call This function before a component gets its props reassigned.

This function can be called explicitly at any moment. This function is used to update the state of a component.

This function is called before rendering a component and tells React whether it should update the component on receiving new props or state. It takes the new Props and new State as the arguments and returns whether or not to re-render the component by returning either True or False.

This function is called once before the render() function is executed after the update of State or Props.

The component gets rendered when this function is called.

This is the last phase of the life-cycle of the component where the component is unmounted from the DOM. This phase has only one method:

This function is called once before we remove the component from the page and this marks the end of the life-cycle.

Now that we are familiar with all the life-cycle methods of React components, let us now look at an example to see how each function is implemented in the application code:

Get Ahead of the Curve and Master React Today

Now that you’ve understood one of the most fundamental React’s concepts, you could look to learn further and obtain the skills necessary to leverage React’s rising popularity. Simplilearn’s comprehensive React.js Training Course could be an ideal next step for you to achieve the goal and become career-ready upon completion. To learn more, do take a look at our YouTube playlist which covers the key concepts of React in more detail. If you’re a web and mobile developer, React training will greatly benefit you by broadening your skills and your career horizons.

If you do have any questions for us, do leave a comment and our experts will get back to you at the earliest!