Guide To Using Typescript With React

Lesson 9 of 10By Simplilearn 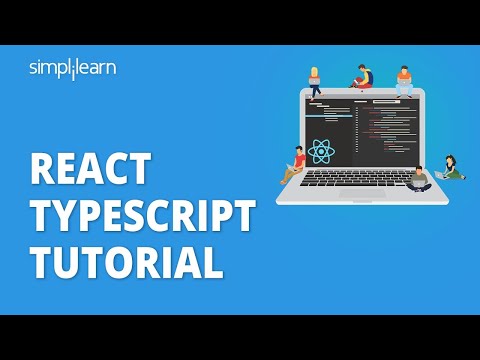 Many developers these days use React and TypeScript, which are two prominent technologies. TypeScript is a typed JavaScript superset that compiles to plain JavaScript. React is a user interface design library written in JavaScript. By integrating them, you basically employ a typed version of JavaScript to generate our UIs. This tutorial will give you an idea of how to use TypeScript in React projects. You'll also learn why TypeScript is useful in React, as well as how to install and set up it.

Advantages of Using TypeScript With React

Installing and Configuring TypeScript and React

The command above will build a minimal folder structure for your application, as well as install all required modules and start your project.

Hope that this TypeScript with React tutorial has given you a basic understanding of Typescript and React. If you wish to learn these programming languages and work as a developer or programmer, course certification will benefit you. Enroll in the Full Stack Web Developer - MEAN Stack Master's program to learn typescript.

Please message us if you have any questions or concerns about this "TypeScript with React" article. Please comment with your questions and feedback below. One of our specialists will get back to you as soon as possible!