HomeResourcesSoftware DevelopmentReactJS Tutorial: A Step-by-Step Guide To Learn ReactThe Best Guide to Know What Is React

Lesson 1 of 11By Chinmayee Deshpande 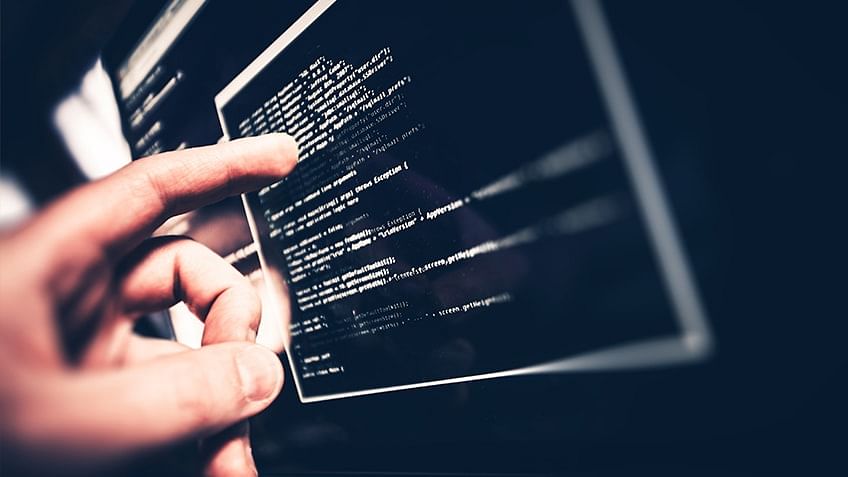 The world can't live without mobile and web applications in this day and age. Everything is digitized, from booking cabs to ordering food to make bank transactions. Thanks to the efficient frameworks that provide a seamless user experience. One such robust frontend library is React. This tutorial on ‘what is React’ will help you understand the library's fundamentals and work with a simple demo.

React is a JavaScript-based UI development library. Facebook and an open-source developer community run it. Although React is a library rather than a language, it is widely used in web development. The library first appeared in May 2013 and is now one of the most commonly used frontend libraries for web development.

When compared to other technologies on the market, React is a new technology. Jordan Walke, a software engineer at Facebook, founded the library in 2011, giving it life. The likes of XHP, a straightforward HTML component framework for PHP, have an influence on React. React's newsfeed was its debut application in 2011. Later, Instagram picks it up and incorporates it into their platform.

After answering what is ReactJs, let us know what are keys.

While dealing with components that are produced periodically in React, keys are essential. Your component will continue to be uniquely identifiable after the modification if the key value is set.  They aid React in determining which elements have changed, been eliminated, or been added.

When making lists of components in React, you must use a special string personality factor "key". React uses keys to indicate which list items have been modified, destroyed, or altered. Or, to put it another way, we may say that keys are utilized to identify the components in lists.

Advantages and Limitations (Pros and Cons)

React offers some outstanding features that make it the most widely adopted library for frontend app development. Here is the list of those salient features.

JSX is a JavaScript syntactic extension. It's a term used in React to describe how the user interface should seem. You can write HTML structures in the same file as JavaScript code by utilizing JSX.

In a Model View Controller(MVC) architecture, React is the 'View' responsible for how the app looks and feels.

MVC is an architectural pattern that splits the application layer into Model, View, and Controller. The model relates to all data-related logic; the view is used for the UI logic of the application, and the controller is an interface between the Model and View.

React goes beyond just being a UI framework; it contains many extensions that cover the entire application architecture. It helps the building of mobile apps and provides server-side rendering. Flux and Redux, among other things, can extend React.

Since React employs one-way data binding, all activities stay modular and quick. Moreover, the unidirectional data flow means that it's common to nest child components within parent components when developing a React project.

Since a broad developer community exists, React applications are straightforward and easy to test. Facebook provides a browser extension that simplifies and expedites React debugging.

Now that you know the key features of React, let’s move on to understanding the pillars of React.

Components are the building blocks that comprise a React application representing a part of the user interface.

React separates the user interface into numerous components, making debugging more accessible, and each component has its own set of properties and functions.

Here are some of the features of Components -

Have a look at the demo for a better understanding.

Consider two components, a Functional component and a Class Component with the following code.

return <p>This is a Functional component</p>;

A class component comes with a render method that renders onto the screen. Export default is used to export only one object (function, variable, class) from the file. Only one default export per file is allowed.

Evidently, these components are imported into the main component which is App.js in our case.

A named export or just export can also be used to export multiple objects from a file.

Now that you have an understanding of React Components, move on to React Props.

Props, short for Properties in React Props, short for properties, allow the user to pass arguments or data to components. These props help make the components more dynamic. Props in a component are read-only and cannot be changed.

Consider the class Classprops.js with the following code.

Here, you use the properties called "name" and "place," whose values can be passed when importing the component into the parent component.

In the main component, App.js, consider the following code.

Here, the component is called thrice, and it passes three different values for the same property. The following is the output of the code.

Now that you know how props work, let's understand how a state in React works.

A state is an object that stores properties values for those attributed to a component that could change over some time.

Here, the h3 tag displays the value of ‘message,’ a state object.

In your main component, App.js, consider the following code.

A state can be updated to event handlers, server responses, or prop changes. This is done using setState method.

Consider the scenario where the subscribe button is clicked. On clicking the button, the display message must change. To implement this, you make use of the setState() method.

message: "Thank you for Subscribing",

You first create an additional state object called “sub” for the button. When a button click event occurs, the method “ChangeMessage” is called. This method in turn uses the setState() method to update the values of message and sub and re-render the output.

After clicking the button, the output will look like this.

Although the above can be achieved using just props, using state makes it extremely efficient. The following section covers the differences between props and State in React.

Props vs. State in React

Is React Worth Learning?

Around the years, React has emerged as the most popular web framework among developers all over the world. Due to the ease it provides, React is preferred by the majority of enterprises.

In comparison to other IT specialists, react developers make a lot of money. Brilliant individuals are in a growing market worldwide because of the increasing need for React among businesses.

According to Indeed, the US average salary for React developers is between 55k and 110k USD. The Google Trends figure demonstrates the rate at which React's reputation has been steadily increasing as a result of the addition of additional features throughout time.

React is more popularly adopted by developers across the globe as compared to other frameworks and libraries.

ReactJS's primary goal is to create User Interfaces (UI) which enhance the speed of programs. It makes use of virtual DOM (JavaScript object), which enhances the app's efficiency. Quicker than the standard DOM is the JavaScript virtual DOM.

2. Is React JS a framework?

Yes ! A programme that provides pre-built or fully prepared Associated traits to accelerate up the design process is called a React UI component framework.

3. Is React JS frontend or backend?

ReactJS is a free, element front-end toolkit that is exclusively in charge of the software's layered architecture.

4. What is the difference between React and React JS?

Although Reactjs is essentially a Software framework and React Native is the whole framework, the two work in harmony because the former forms the core of the latter. React Native is perfect for giving your mobile apps a native feel, just as Reactjs is ideal for building apps with higher efficacy and complications .

5. Which is better: React or Angular?

If your application needs to integrate complicated functionality like dynamic, solitary, and native web applications, Angular is preferable over React. React, on the other hand, can be utilized in any app, even standard apps, and focuses on developing UI components.

We hope that this tutorial on "What is React" has helped you better grasp how React works. A full-stack development course would be useful if you want to study React and become a frontend developer.

Simplilearn's React JS Training Course will teach you the fundamentals of React, including JSX, props, state, and events, a popular online framework for creating user interfaces. Reducers, actions and the state tree are all covered in this Redux training course.

Are there any questions you'd want to ask us? In case you’ve got any recommendations or questions for us, please leave them in the comments section. Our professionals will respond as soon as possible!