Why Should You Use a Router in React.js? 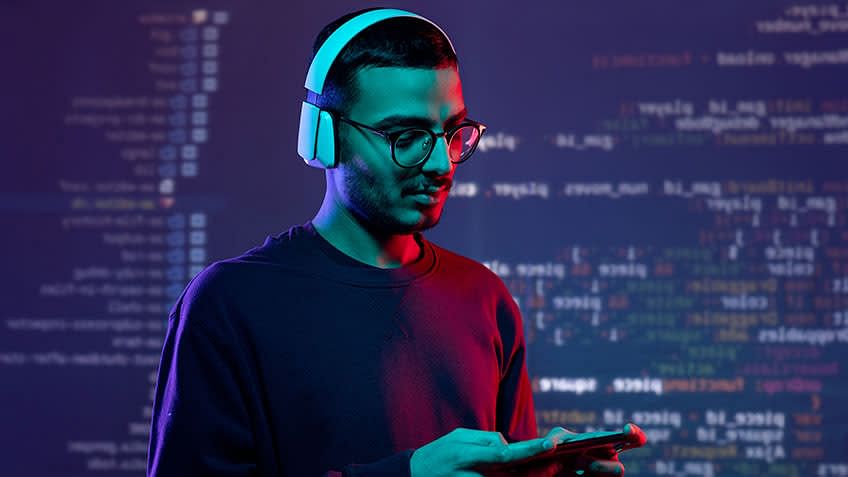 The primary goal of Router in React JS is to supply the browser with an asynchronous URL that corresponds to the data that will show on the web page. It is mainly used to create single-page web apps since it retains the application's regular structure and functionality.

The Router in React JS is primarily used to create Single Page Web Apps. In the application, React Router is utilized to define various routes. When a user enters a URL into your browser and the URL route equals one of several 'pathways' as in the router folder, the user is sent to that route.

One of the prominent front-end platforms is ReactJS. Thousands of developers have utilized it for various use cases and applications. One of the most excellent features of ReactJS is that We can use it with a wide range of other technologies, including routers.

What Is a React Router?

The Router in React JS is a pure JavaScript package that allows you to use React to create complicated client-side apps. Initially launched in 2013, it has become one of the most prominent routing libraries in today's online applications.

React Router makes it simple to manage the URL and state of your application. You specify all of the potential URL patterns in your app and which UI component should be displayed for each one using React Router. This Router decreases the amount of code an app requires to maintain its state and makes adding new features more accessible.

Although there are significant differences, React may use a router on both the server and the browser.

We will need to utilize Router in React JS to create a React application with navigation across multiple pages. React Router is a JavaScript framework that lets us handle client and server-side routing in React applications. It enables the creation of single-page web or mobile apps that allow navigating without refreshing the page. It also allows us to use browser history features while preserving the right application view.

A Router in React JS routes using a component-based architecture. It offers various routing components as required by the application. If you wish to learn more about its applications, check out this blog: Navigate React Router programmatically.

How to Add and Set up a React Router?

All you have to do to install React Router is run npm, install react-router-dom@6 in your project terminal and wait for it to finish.

Use the command yarn add react-router-dom@6 if you're using yarn.

After you've finished installing the Router in React JS, the first thing you should do is make it accessible from wherever in your app. Open the src folder's index.js file, import BrowserRouter from react-router-dom, and wrap the root component (the App component).

Create a new Router in React JS project once that's done. It should keep your project folder in your main folder under src/components. This process indicates that the component's name should be App.js.

The Router in React JS library is a robust routing tool for reacting. It is based on the same principles as respond in that it separates visuals from processing and data storage. This separation gives you complete control over your layout and makes it simple to create dynamic user interfaces. React It may use a router with any application, including browser-based, mobile, and desktop applications.

React Router's heart is the Router component. It's in charge of controlling the URL and ensuring that it may match routes and details.

Within the Router in React JS component, we declare routes as children. We may specify as many ways as we like, but each course, path, and part (or render) must have at least two props:

There are various properties we need to put on a Reactor.Router> component to building up a Reactor router:

The path property describes where a specific route is situated in our app.

We utilize the render or component props to show a specific component for our route.

This command may send only a reference to a single component to component props. However, render is more commonly used to add conditional logic to render one part or another. You may either use a reference to an element or a function to generate:

The Reactor router is a React Router v4 API implementation. It's worth noting that you could omit the render or component prop entirely and instead use the component you wish to connect with a route as a child of Route:

Components may also be used for styling: if you want a part (such as a navbar) to appear on every page, place it above (or below) the stated routes in the browser router:

// visible on every page

A distance-vector routing protocol is the Routing Information Protocol (RIP). Distance-vector protocol routers communicate all or a portion of their routing tables to their neighbors in routing-update messages. The hosts can be configured as part of a RIP network using RIP.

It is a routing protocol for the Internet Protocol (IP). It is one of the sets of internal gateway protocols (IGPs) that operate within a single autonomous system and employs the link-state routing (LSR) algorithm (AS).

It is a sophisticated distance-vector routing protocol that automates routing decisions and configuration on a computer network. Cisco Systems built the protocol as a proprietary protocol that could only be used on Cisco routers.

The ability to nest routes is a powerful feature. While most people believe React Router merely directs a user from one page to the next, it lets you swap out individual view fragments based on the current route. For example, numerous tabs (e.g., Profile, Account) are offered to move through users' information on a user page. The URL in the browser changes when you click these tabs. However, only the tab's content is changed instead of altering the entire page.

We'll use React Router to reproduce this scenario. We'll start with the following example to demonstrate how this works and how you can construct nested routes in React step by step:

If you click on either link, you will notice that both links correctly load their respective sites. However, if you click on any other connection than the two we've described above, you'll see that nothing occurs because all different routes have yet to be established. Hence there is no match for them (hence no action). These routes must be defined so that they may be loaded into our app by just clicking on them.

A Router in React JS is a router component, a valuable routing component for react-native applications. The router component's key characteristic is that it only works with Static and Web Dynamic URLs. It integrates easily with the React framework and includes useful features such as asynchronous URL changes, offloading the entire load (thus avoiding conflicts), etc. It is among the most widely used Routers components among ReactJS developers since it integrates well with other features such as loaders, local data management, SEO, etc. It aids in the development of your application into a usable form.

If you have any questions or queries, feel free to post them in the comments section. Our team will get back to you at the earliest.