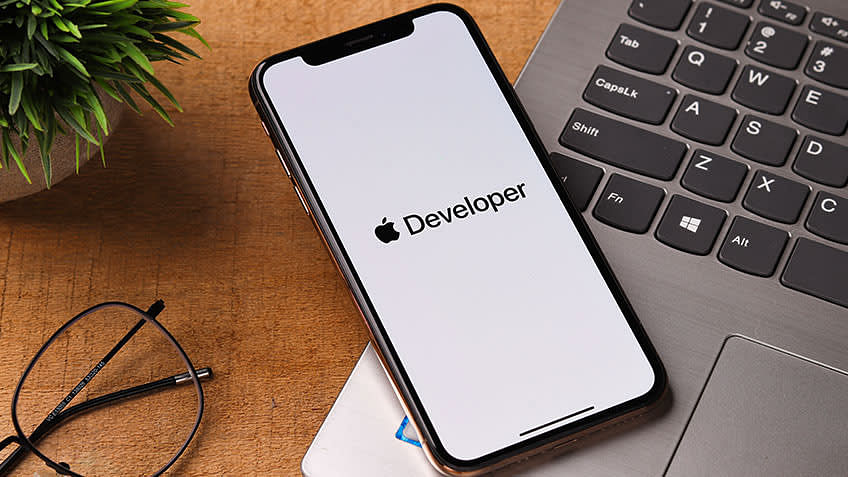 After Android, iOS is the second most popular mobile operating system in the world. Moreover, the global survey of software developers reveals that, as of 2021, 87% of mobile software developers use the Android operating system, compared to 60% of iOS developers. However, the importance of iOS app development is equal to that of Android development. Given the acceptance of Apple products and the company's high iOS developer salary, the iOS user base keeps expanding. To assist you in developing apps for Apple devices, there is always a need for iOS app developers.

Who Is an iOS Developer?

An iOS developer is in charge of creating applications for mobile devices running Apple's iOS system. A professional iOS developer should be knowledgeable in either of the two programming languages this platform supports: Swift or Objective-C. Furthermore, iOS developers must have a deep understanding of the patterns and procedures that are exclusive to the iOS platform.

Objective-C is a general-purpose language, just like Swift. It debuted in 1984 and was built on the C programming language. Before Swift's development, Apple primarily utilized Objective-C, and this usage still accounts for a sizable amount of Apple's codebase. Objective-C was ranked as the highest-paying programming language for independent developers on Upwork due to its versatility.

An iOS developer's responsibilities include finding program flaws, coming up with solutions, carrying out routine maintenance checks, and evaluating user feedback to discover areas for improvement. Like any other employment at the tech behemoth Apple, being an iOS developer is prestigious.

What Does an iOS Developer Do?

IOS developers make apps for iOS-based devices. They are in charge of creating and programming the base application, ensuring it is of high quality, addressing issues, keeping the code up to date, and putting application upgrades into effect.

The two programming languages for the iOS platform, Objective-C and Swift, should be mastered by a skilled iOS developer. They should also be familiar with the patterns and procedures specific to the iOS platform. An iOS developer needs to know how the operating system works on the iPhone, iPad, Apple TV, and Apple Watch and how it differs from other Apple devices.

It is not easy to become an iOS developer. Developing mastery in an area involves hard work, perseverance, and time. Fortunately, several resources are available, like training programs, to guide you toward becoming the developer you desire.

iOS Developer Salary in the US

A new generation of iOS enthusiasts and novice iOS developers has emerged due to Apple's rapid expansion and evolution and a growing desire for new information and topics. As more and more Apple products and services become ingrained in people's daily lives, this has caused an explosive rise in the demand for iOS developers and engineering iOS developer jobs.

As part of their duties, iOS engineers must also keep an eye out for system bugs and errors, develop effective solutions, and carry out routine support checks. iOS developers assess client requests and recommendations to develop better solutions and opportunities for advancement.

The average yearly iOS developer salary in India is 5.0 Lakhs, with salaries ranging from 2.0 Lakhs to 13.0 Lakhs. Salary projections are based on 4.4k wages from IOS developers. With less than one year of experience to six years of experience, IOS Developer salaries in India range from 2 lakhs to 13 lakhs, with an average yearly pay of 5 lakhs based on 4.4k salaries.

iOS Developer Salary Around the World

Although Apple products are the most widely used in the US, iOS and macOS apps are created worldwide. We gathered information about iOS developer pay in the nations with the most advanced technology.

1. Is iOS developer a good career in the future?

Jobs for iOS developers are extremely popular partly because of Apple's competitive pay, strong demand, and positive work atmosphere. The number of job openings for iOS developers in the USA is predicted to increase by a staggering 21% in the upcoming years, to 196,859 total.

2. What is the lowest salary for an iOS developer in the US?

Entry-level junior iOS developers in the US can expect $40,000 per year.

3. What is the highest salary for an iOS developer in the US?

The highest salary of an iOS developer in the US is $147,500 annually.

Given that both operating systems have advantages and disadvantages, choosing between iOS and Android has proven to be a major challenge for IT businesses. Android apps are simpler to publish on Google Play whereas iOS apps often require less time to develop. Entrepreneurs consider factors other than just technical ones, such as pay rates. According to statistics from regional job search portals, the average difference between the earnings of iOS and Android developers is often $2,000 to $4,000.

5. Is there a demand for iOS developers?

iOS development is in high demand because it allows you to be creative and a problem-solver. These are the two most important skills that can lead to a fulfilling career but aren't always found in a single position.

Apple is one of the biggest companies in the smartphone world and has a very strong user base which is growing rapidly and will keep doing so. The future of the iOS developers is going to be very bright and this market is going to boom in the coming years.

Hope this article was able to give you a thorough understanding about iOS developer salaries across the globe. To get started with iOS development, you can check Simplilearn’s iOS App Developer Training Course.

You can learn the fundamentals of front-end, middleware, and back-end Java web development technologies through the Post Graduate Program in Full Stack Web Development in collaboration with Caltech CTME. You will discover how to create an entire application from start to finish, test and release code, use MongoDB to store data, and much more.

With the help of Simplilearn's curriculum, you may advance your career, become a certified full-stack java developer in India, and land the job of your dreams.