What is Non-Functional Testing? A Complete Guide 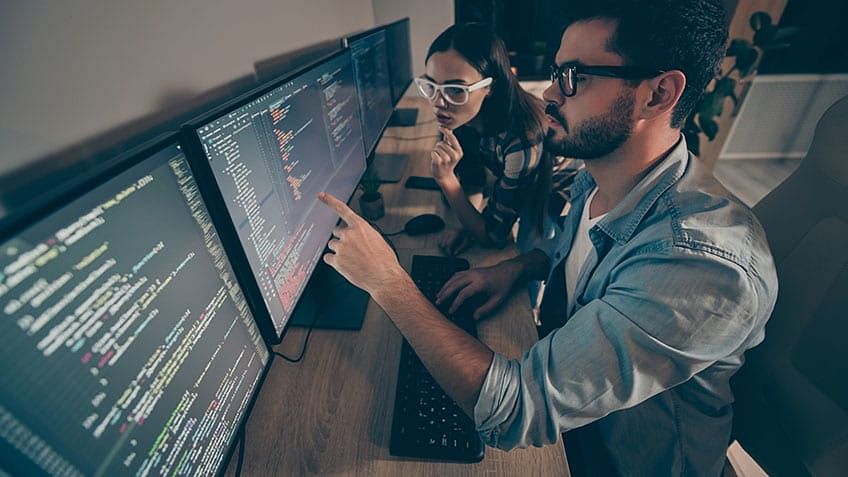 Before even the best software application hits the market, it must be rigorously tested. All the cool concepts and nifty “bells and whistles” in the world mean nothing if the application fails to work correctly. That’s why developers need to put a new product through its paces before the public gets a hold of it.

Let’s get things started with a definition.

What Is Non-Functional Testing?

For instance, how many users can simultaneously log in to a software application? Or how easy or difficult is it to port the application to a different system? Or does the application behave differently in another operating system or environment?

The following are the objectives of non-functional testing:

These are the eleven parameters found in non-functional testing. Of course, there may be occasions where not all of them are brought into play. However, the parameters of Recovery, Reliability, Security, Stability, and Usability are the most essential and should never be left out.

This parameter defines how well a system is protected from sudden and deliberate attacks from within and without. This parameter is tested through Security Testing.

How well the software system continuously achieves the specific functions without failing. This condition is tested with Reliability Testing.

This parameter ensures that the software system keeps functioning and recovers itself in the event of system failure. This parameter is checked by Recovery Testing.

To what extent can a user depend on the system while operating? That’s what Stability Testing tells us.

How easy can users learn, operate, and prepare inputs and outputs through interaction with the system? Usability Testing checks this parameter.

To what extent can an application expand (or contract!) its processing ability to keep in synch with demand? That’s what Scalability Testing tells us.

How does the software in question interface with other software systems? Interoperability Testing measures this parameter.

How does the system handle capacity, quantity, and response time?

This parameter covers how easy it is for the application to work with different hardware and software configurations, such as CPU and RAM requirements.

How easy is it to migrate the software from its present hardware or software environment?

Some software apps have a degree of versatility that allows portions of the application to be converted for use in other applications.

The Types of Software Testing

Software testing has three distinct types: Functional, Non-Functional, and Maintenance. These primary types are further broken down into multiple testing levels, although these levels are typically referred to as “testing types,” despite the potential confusion.

What Is Functional Testing?

We’ve mentioned functional testing already but haven’t taken any time to define it. Let’s remedy that.

Functional testing, typically performed manually, verifies that a program or app’s operational execution happens as set down by the business and technical requirements. Such an application passes functional testing only if every feature works correctly.

So, for example, if you’re running functional tests on an e-mail application, there could be a test that verifies that when an icon on a page gets clicked, it loads a new page.

Here’s a small sample of the different available functional testing strategies (also referred to as “types”):

Explaining the Difference Between Functional and Non-Functional Testing

Although these two testing methods occasionally overlap to one extent or the other, they have two distinct functions and check for different things.

So, using our e-mail as an example, functional testing verifies that a user who registers on the site gets a confirmation e-mail. In contrast, non-functional testing measures how long it takes for the user to receive that e-mail.

As a rule, function testing questions can typically be answered with a “yes” or “no,” while non-functional questions elicit gradable answers.

Here’s what a group of non-function testing tasks for an application look like:

Get noticed by top hiring companies through our JobAssist program. Get complete job assistance post the Full Stack Web Developer - MEAN Stack Developer Course and unleash the endless possibilities. Get in touch with our admission counselor TODAY!

Do You Want to Excel at Coding?

Testing is a vital part of an application's development process, but before users can test an application, there must be something actually to test, and that's where coding comes in. Robust demand for coders is more significant than ever, so if you want a secure, rewarding career in this growing field, Simplilearn can provide you with a strong start.

The Caltech Coding Bootcamp, ranked the #1 coding bootcamp by Career Karma, can make you into a full stack developer in only six months. The bootcamp teaches you front-end and back-end Java technologies, starting with the fundamentals and taking you to the complex, advanced aspects of full-stack web development. Additionally, you will learn Angular, Spring Boot, web services, JSPs, and MongoDB. In fact, you'll learn all the valuable tools needed to pursue your career as a full-stack developer successfully.

Glassdoor reports that full stack developers in the United States can earn an average yearly salary of $108,901.

Don’t delay! Visit Simplilearn today and get your new full stack developer career off to a great start!