HomeResourcesCareer Fast-trackAvengers in the Corporate World. Which One are you?

A Guide to the Top PCM Career Options After 12th Grade

Avengers in the Corporate World. Which One are you? 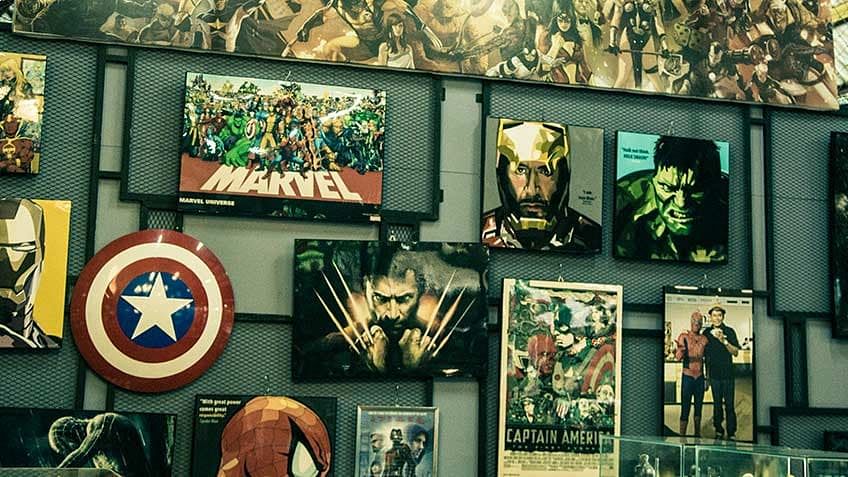 View More
SPOILER ALERT: This article contains mild character and plot spoilers. Turn away now if you haven’t watched the movie yet!

Though it has been a while since the movie released, the “Captain America: Civil War” craze is still on. We couldn’t get over the fact that Helmut Zemo turned out to be the real villain, or that Marvel killed off Crossbones. AND ROMANOFF SIDED WITH STARK? HOW, WHAT, WHEN, WHY?

These were a few things we didn’t expect. The movie left us awestruck. It took us days to get over it.

At times like these, you sit and ponder on what you would do if you were a superhero. What role would you play during the destruction of the world? Would you be like Cap — always the leader? Or would you be like Stark — so full of yourself that no matter what, you will not see the bigger picture?

When you think about it, we do have real world heroes — people who slog & sacrifice so we can be safe, so we can reap their rewards, so we can progress.

Who is to say that our fantasy heroes did not turn out to be real ones?

One of the most beloved (and my personal favorite) characters, Cap is known for his leadership qualities. He is someone who loves being the leader — and he plays the role really well too, just like a Project Manager, you’d say.

He makes sure his team succeeds at their missions and maintains their strategic focus. Though he is always at loggerheads with the Iron Man — who also wants to take on the leadership role — he always stands tall, and is almost always right. He trusts his instincts and knows when to make his move.

Not as flashy with his superpowers as the others, Captain America represents the pinnacle of human evolution, the greatest human being alive. How can you not love him?

Project Managers like taking on projects and seeing it through. And it is important to them that their projects turn out to be successful. Being able to work in any industry is one of their chief traits.

And what about his trademark shield?

Well, project managers have that, too — their own indestructible armor — the PMP credential. Project managers with this credential are seen as people with the knowledge to drive projects to success.

Tell me we aren’t the only ones who see similarities.

What do Data scientists have in common with a self-described genius, billionaire, playboy, and philanthropist with electro-mechanical armor of his own invention?

Like Iron Man, a Data Scientist is endlessly inquisitive and curious. Data Scientists never rest until the core truth is uncovered and a measurable data-driven strategy is generated.

Data Scientists are among the most in-demand professionals in the world today. With the amount of data being generated every day, companies are on the look-out for more data scientists to make more data driven decisions for the company.

One of the more recent characters to hit the big screens, Ant Man has won our hearts with his small size and his massive strength.

One of the most flexible superheroes, he can grow into any role. Quite literally, actually.

His most important characteristic? He has the ability to remove any kind of blockage. And this means his plans are always smoothly executed.

See why we think Agile Scrum Masters are the Ant Men of our world?

Like the Ant Man, Scrum masters take chances and risks, and will go to any length to make sure it is their team that ultimately wins. They are facilitators of their team, stay focused on their project goals, and like seeing the entire project through to the finish.

Agility is one of their best traits.

Whenever we meet Clint Barton, we see a no-nonsense person — someone who is there to do his job and leave.No relationships, no melodrama, no inefficiency.

Trained by the original Swordsman and Trickshot, Hawkeye never misses a target. He takes his time to plan his attacks, and executes them with precision. Do marketers work the same way?

Focus is one of the key skills of a digital marketer. No matter the situation in an organization, at the end of the day, a digital marketer can stand his own. They know their stuff, they know what they need to do, they will do it, and they will leave.

Digital Marketers are known for their precision and their ability to create great campaigns. One wrong marketing campaign could mean the end of their career. Success depends on their accuracy, their research, and their target. If they aim right, they are sure to get the desired results.

With every campaign comes months of strategizing and planning to find the right target and set up aim.

“With great power comes great responsibility”. Who knows that better than Spiderman? IT security pros — on whom the burden of the organization lies.

After data scientists, IT security professionals are the ones in demand. With the amount of data that is seeping in today, there needs to be someone around to protect it from the “forces of evil”. The number of hacks that occur are on the rise, thus increasing the number of IT security job positions.

Spider man is seen as a young and curious man, loyal to family and loved ones. Likewise, IT security pros are dedicated to the well-being of their organization, their security, and their customer’s data.

Check out the IT Security certification here.

Heroes. They may be fictional, they may be real. But without their extraordinary talent, they are mere mortals like the rest of us. Even they find ways to adapt, learn, and update themselves with the changing times.

So why don’t you?