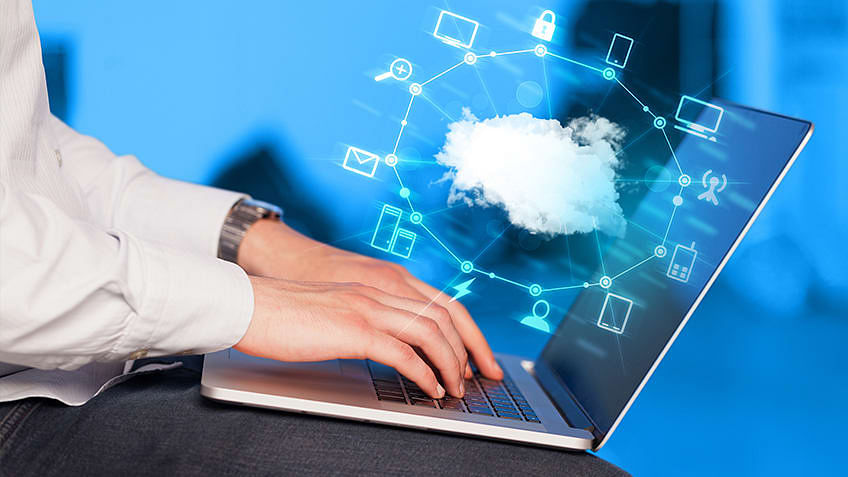 To build a cloud career, you need to know how the world's most popular software-as-a-service apps are powered by cloud computing

Cisco’s report on the Global cloud index, predicts the magnitude of cloud-based traffic and the ever-growing demand for global data centers in the near future. With detailed explanations, supporting data points and substantial projections, the report projects the advancement of cloud-based servers.

Cisco’s detailed forecast of the growth of its global data center and cloud-based IP traffic is famously known as the Cisco® Global Cloud Index (GCI). This detailed report of the forecast creates transparency and spreads awareness about the trends relating to cloud computing and data center visualization.

The Growth of Global Data Center Relevance and Traffic

Data centers form the core of IT services, communications, and networking. Data centers and are heavily relied upon for data storage and for routing the traffic through them.  Data center takes center stage ranging from server closets to massive deployments involving networks consisting of millions of devices, various business processes and a massive number of existing as well as additional new users.

With Big Data emerging and taking over the lion’s share of the Data Analytics sector, data centers are now in great demand and the emergence of Big Data is infact contributing to the exponential growth of qualitative and reliable data centers.

Data centers form the foundation for all walks of enterprises ranging from information services, healthcare, service industry to massive product based industries.

Several organizations are now opting for cloud storage to cut down the cost and eliminate the hassle of maintaining data centers that would cost a company millions of dollars. Cloud data centers are a respite to organizations who have an intense focus on business agility and cost optimization.

The cloud services in this era address a broad spectrum of customer needs, ranging from maintenance of privacy, flexibility, mobility, and support to multiple device access and strategic priorities for organizations both at a private as well as an organizational level.

Learn how to design, plan, and scale cloud implementation and excel in the field of cloud computing with Simplilearn’s Post Graduate Program in Cloud Computing.

Business and consumer service across the world have a massive need for data centers as well as cloud resources. This new development in recent times has to the development of large-scale public cloud data centers called hyper-scale data centers.

Undoubtedly Hyper-scale cloud data centers are at the top of the chain, and it is quite imperative for organizations who want to be associated with Hyper-scale need to meet the following criteria defined regarding annual revenues:

• hype scale over US$2 billion in annual revenue from software

• Profits of over US$4 billion in annual revenue from Internet, search, and social networking sites.

• Generate over US$8 billion in annual revenue from e-commerce/payment processing.

There is a possibility for these hyper scale operators to own the data center facility, or they could lease it from a data center provider.

Eventually over 300 data centers will be managed by the Hyperscale operators, with North America taking the lion's share. The fastest growth rate is in the Asia Pacific region with regards to the hyper-scale data center and will continue to record an impressive growth over the next five years.

The traffic within hyper-scale data centers will see a surge through 2020, and will account for a substantial portion of the overall data, traffic that’s is routed through these servers, and with activities relating to their processing power.

A set of physical or virtual computers designed to render computing services and run specific commands for several users is defined as a Server Workload. It also comprises of storage and runs several applications that help with small lightweight as well as large computational cloud databases.

Businesses across the globe are embracing the public cloud to avoid the hassle of mentoring and maintaining dedicated IT resources. The public servers work best and are adopted by several organizations as they help reduce costs involved in setting up new servers, and the public servers help catering the growing need for agility and have an evolved essence of strengthened public cloud security.

Public cloud adoption is on the rise despite several workloads that see the need for a secure private server. The Public cloud servers have gained trust over the years, and many organizations are adopting the servers to run their business. However, several companies with highly sensitive data might pursue the hybrid approach towards storing data in the cloud.

The cloud computing resources in a hybrid cloud environment, are usually managed in-house by an enterprise or sometimes services are offered by an external provider.

As the days go by, several organizations are considering to move their traffic to cloud-based servers. With the growing need for cloud servers, it is imperative to consider the reliability of the server and ensure that the cloud-based servers constantly strengthen their policies relating to cybersecurity.

Krishna is an IaaS cloud expert and is associated with Arcserve. Leading the cloud service provider division, Krishna’s main responsibilities include development, implementation, and management of Cloud Data centres. He is certified in VCP, Google Cloud Certified System Operations, Red Hat, and MCSE.