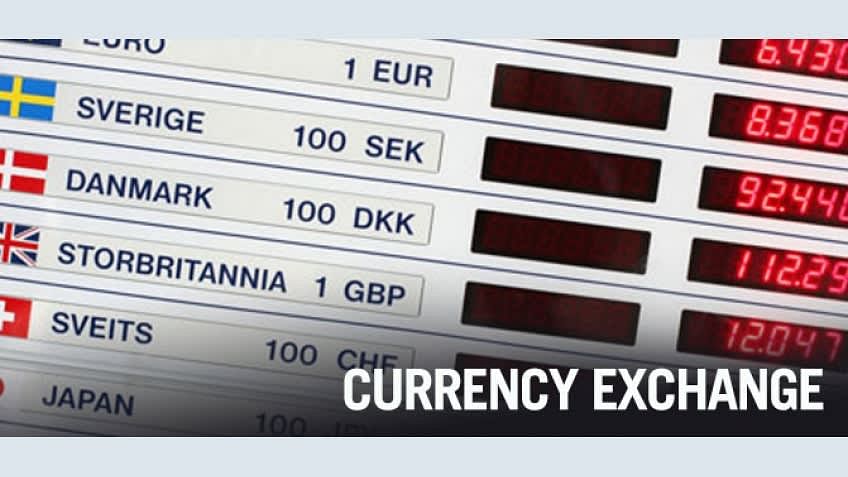 An exchange rate is the price of one nation’s currency in terms of another currency, often termed as the reference currency.

Similarly, the dollar/Rupees exchange rate is the number of dollars one Rupee will buy; following the same example the exchange rate would be $0.01/Rs.

As per Foreign Exchange Act, (Section 2), 1947:
(a) "Foreign Currency" means any currency other than Indian currency
(b) "Foreign Exchange" includes any instrument drawn, accepted, made or issued under clause (8) of section 17 of the Banking Regulation Act, 1956, all deposits, credits and balance payable in any foreign currency and any drafts, traveler’s cheques, letters of credit and bills of exchange, expressed or drawn in Indian currency but payable in any foreign currency.

How Does it Work


Under this system, the central bank first announces a ﬁxed exchange-rate for the currency and then agrees to buy and sell the domestic currency at this value. The market equilibrium exchange rate is the rate at which supply and demand will be equal that is, markets will clear. In a ﬂexible exchange rate system, this is the spot rate. In a ﬁxed exchange-rate system, the pre-announced rate may not coincide with the market equilibrium exchange rate. The foreign central banks maintain reserves of foreign currencies and gold which they can sell in order to intervene in the foreign exchange market to make up the excess demand or take up the excess supply.
The demand for foreign exchange is derived from the domestic demand for foreign goods, services and financial assets. The supply of foreign exchange is similarly derived from the foreign demand for goods, services and financial assets coming from the home country. Fixed exchange-rates are not permitted to fluctuate freely or respond to daily changes in demand and supply. The government fixes the exchange value of the currency. For example, the European Central Bank (ECB) may fix its exchange rate at €1 = $1 (assuming that the euro follows the fixed exchange-rate). This is the central value or par value of the euro. Upper and lower limits for the movement of the currency are imposed, beyond which variations in the exchange rate are not permitted. The "band" or "spread" in Fig.1 is €0.4 (from €1.2 to €0.8).

When the ECB sells dollars in this manner, its official dollar reserves decline and domestic money supply shrinks. To prevent this, the ECB may purchase government bonds and thus, meet the shortfall in money supply. This is called sterilized intervention in the foreign exchange market. When the ECB starts running out of reserves, it may also devalue the euro in order to reduce the excess demand for dollars that is, narrow the gap between the equilibrium and ﬁxed rates.

Scenario 2 - Excess Supply for Dollars: Fig. 3 describes the excess supply of dollars. This is a situation where the foreign demand for goods, services and financial assets from the European Union exceeds the European demand for foreign goods, services and financial assets. If the supply of dollars rises from SS to S'S', excess supply is created to the extent of ab. The ECB will buy ab dollars in exchange for euros to maintain the limit within the band. Under a floating exchange rate system, equilibrium would again have been achieved at e. When the ECB buys dollars in this manner, its official dollar reserves increase and domestic money supply expands, which may lead to inflation. To prevent this, the ECB may sell government bonds and thus, counter the rise in money supply. When the ECB starts accumulating excess reserves, it may also revalue the euro in order to reduce the excess supply of dollars that is, narrow the gap between the equilibrium and ﬁxed rates. This is the opposite of devaluation.

2. COMPOSITE: Countries often have several important trading partners or are apprehensive of a particular currency being too volatile over an extended period of time. They can thus choose to peg their currency to a weighted average of several currencies (also known as a currency basket).

3. CRAWLING PEGS: In a crawling peg system a country fixes its exchange rate to another currency or basket of currencies. This fixed rate is changed from time to time at periodic intervals with a view to eliminating exchange rate volatility to some extent without imposing the constraint of a fixed rate. Crawling pegs are adjusted gradually, thus avoiding the need for interventions by the central bank (though it may still choose to do so in order to maintain the fixed rate in the event of excessive fluctuations).

4. FREE FLOATING: Unlike the fixed rate, a floating exchange rate is determined by the private market through supply and demand. A floating rate is often termed "self-correcting," as any differences in supply and demand will automatically be corrected in the market. Look at this simplified model: if demand for a currency is low, its value will decrease, thus making imported goods more expensive and stimulating demand for local goods and services. This in turn will generate more jobs, causing an auto-correction in the market. A floating exchange rate is constantly changing.

It is determined by the equilibrating interaction of buyers and sellers of currencies in the FOREX market: demand and supply determine exchange rates.
Demand for a currency for making payments for foreign trade and capital flows.
Supply of a currency, during foreign trade:

Assumptions of Law of One Price are:

Example: US/French exchange rate: $1 = .78Eur   A jacket selling for $50 in New York should retail for 39.24Eur in Paris (50x.78).
S=P1/P2
S=exchange rate Currency1/currency2
P1=cost of goods in currency 1
P2=cost of good in currency 2
According to this theory, the price of a commodity should remain the same across the world. If not then arbitrageurs would buy from cheaper market and sell them in dearer market till price would become same in both countries/markets.
Another way to explain this is that in equilibrium where domestic purchasing powers at the rate of exchange are equivalent. Therefore, the rate of exchange tends to rest at that point which expresses equality between the respective purchasing powers of the two currencies. This point is called Purchasing Power Parity.

Reasons Why PPP is Not Perfect

1. The balance of payments theory is consistent with the demand and supply analysis.
2. The theory is more realistic as it considers other variables which affect domestic price of foreign money.
3. The theory offers explanation of marginal adjustments in exchange rate by devaluation or revaluation.

Conclusion: It has been observed that in the long run PPP theory holds correct and in the short run BOP theory stands correct.