Math and Data Science: What Do You Need to Know?

How to Improve Microsoft Excel Skills in 2023

An Introduction to Power BI Dashboard

How Climate May Have Spawned the Age of Reptiles: Data Science and Natural History 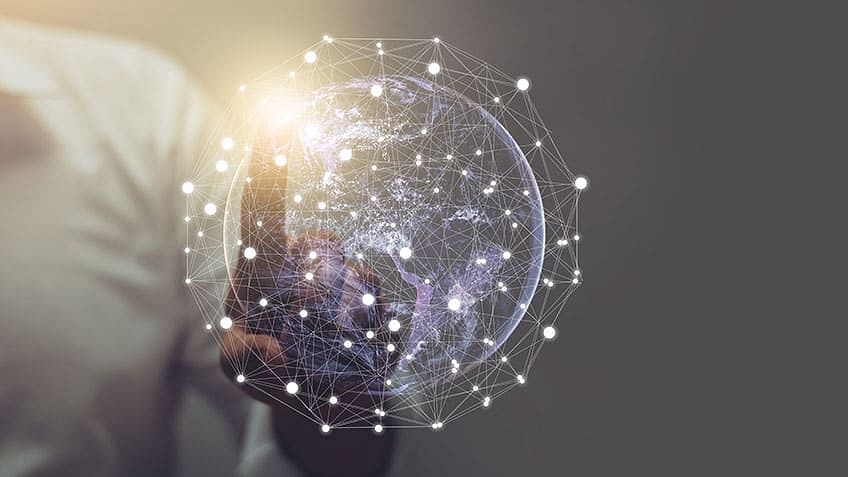 A new scientific study reveals that climate change resulted in the rapid evolution and dominance of reptiles 250 million years ago. The former consensus was that reptiles’ rise was due to two mass extinction events that wiped out mammals 261 and 252 million years ago.

The Harvard University study states that the swift evolution of reptiles during the end of the Permian period and the start of the Triassic period connects to the planet’s rising global temperatures over those 60 million years. The study appeared in Science Advances, and paleontologist Stephanie Pierce led the scientific team.

“We found that these periods of rapid evolution of reptiles were intimately connected to increasing temperatures,” said lead author postdoctoral fellow Tiago R Simões in an interview with SciTechDaily. “Some groups changed really fast, and some less fast, but nearly all reptiles were evolving much faster than they ever had before.”

The team engaged in eight years of data collection in over 20 countries. Simões visited more than 50 museums to take scans and snapshots of more than 1,000 reptilian fossils.

The scientists then created a data set of the 1,000-plus fossil specimens from 125 species of reptiles, synapsids, and close relatives that existed 140 million years before and after the Permian-Triassic extinction events.

They studied the data to determine when these different species first appeared and their evolution. The team used Bayesian techniques, which are used to study the evolution of viruses such as SARS and Covid-19. Bayesian is a statistical technique used to update the probability for a hypothesis as more evidence or information becomes available.

With modern statistical methods, the researchers produced an evolutionary time tree diagram, which showed how the early reptiles were related to each other, when their lineages first appeared, and their speed of evolution.

The team next took the new data set and compared it with several million years of global temperature data, which produced a general understanding of the reptiles’ ability to adapt to climate shifts. The data showed that most reptile lineages had rapid body changes following global temperature increases.

They found that reptile body plans started diversifying about 30 million years before the Permian-Triassic climatic crises, which resulted in mass extinctions.

“Climate change actually directly triggered the adaptive response of reptiles to help build this vast array of new body plans and the explosion of groups that we see in the Triassic (period),” Simões explained. “Basically, rising global temperatures triggered all these different morphological experiments — some that worked quite well and survived for millions of years up to this day, and some others that basically vanished a few million years later.”

According to SciTechDaily, the researchers charted how reptile body size changed across geographical regions during this timeframe. Climatic pressures were so intense that there was a maximum body size for reptiles to survive in the tropical areas due to the lethally hot periods.

“Large-sized reptiles basically took two routes to deal with these climate shifts,” said Pierce, “They either migrated closer to temperate regions or invaded the aquatic world where they didn’t need to worry about overheating because water can absorb heat and maintain its temperature much better than air.”

According to a Daily Mail article on the study, a collection of ancient aquatic creatures included a giant, long-necked marine reptile akin to the Loch Ness monster, a small chameleon cousin with a bird-like head, and a gliding, gecko-like reptile. The group encompassed the ancestors of turtles and crocodiles.

Smaller reptiles had slower evolutionary rates in response to the rising temperatures. The research team surmises that smaller reptiles could better adapt to the heat because they could release it from their bodies easier.

While the focus was on data science and natural history, the Harvard study’s findings could have sobering implications in light of increasing global temperatures, year after year. The Daily Mail article said the researchers pointed out that the rate of carbon dioxide released into the atmosphere today is about nine times what it was during the Permian-Triassic mass extinction 252 million years ago.

“Major shifts in global temperature can have dramatic and varying impacts on biodiversity,” said Pierce. “Here we show that rising temperatures during the Permian-Triassic led to the extinction of many animals, including many of the ancestors of mammals, but also sparked the explosive evolution of others, especially the reptiles that went on to dominate the Triassic period.”

What evolutionary adaptions are today’s creatures undergoing to cope with the shifts in global temperatures? The Daily Mail says a University of Sheffield study found that birds are developing bigger beaks to help keep them cool. Australian scientists say that elephants and rabbits are growing larger ears. Elephants fan themselves with their large ears, while the network of blood vessels in rabbits’ ears contract to help cool them down.

Of course, we can look at the venerable crocodile, which has been around for about 85 million years, and whose ancestors date back to the Triassic period. So smile if you see one because he’ll probably outlive us all.

Simplilearn's Professional Certificate Program in Data Science in partnership with Purdue University and in collaboration with IBM, is ranked #1 Post Graduate in Data Science program by ET. If you wish to ace data science, this program is just the one for you!

Find out how Simplilearn’s Professional Certificate Program in Data Science can expand your investigatory skillset through its flexible, online learning bootcamp. Developed in collaboration with Purdue University and IBM, the course is ranked the number-one data science certificate program by The Economic Times.