What is Epoch in Machine Learning? 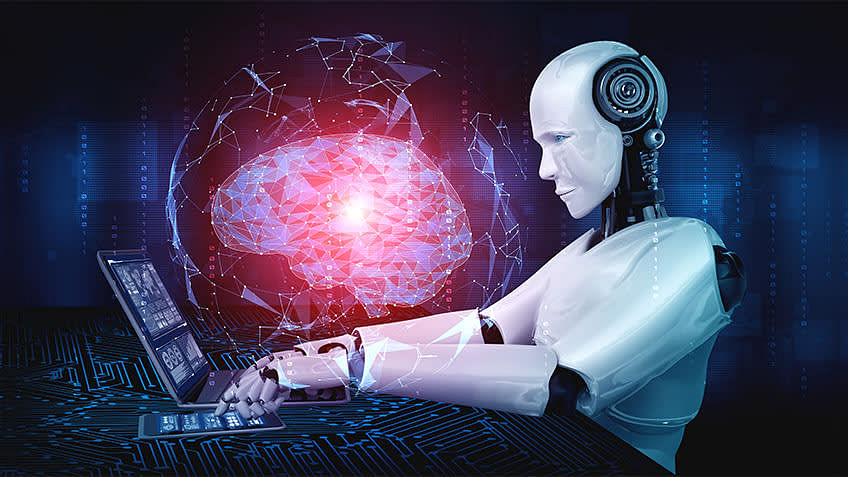 Artificial intelligence (AI) applications are getting a close look following the European Union’s decision to draft laws restricting the use of facial recognition technologies (FRT) and algorithms. The move promises to have global repercussions as the most prominent companies using AI are based in the U.S. (Amazon, Google, and Microsoft, for example) and China (Alibaba, Baidu, and Tencent).

Advances in AI algorithms have made it possible for machines to recognize faces, drive cars, and target advertisements — raising concerns about ethics in AI. FRT is a central concern of the proposed AI regulation, which the EU considers a high-level risk system. High-risk applications that could endanger people’s safety or legal statuses — such as self-driving cars, employment, or asylum decisions — would have to undergo checks of their systems before deployment within the EU’s borders.

AI software systems make decisions that typically require a human level of expertise and help people anticipate problems or deal with issues as they come up. Darrell West, vice president and senior fellow at The Brookings Institution, said, “AI algorithms are designed to make decisions, often using real-time data. Using sensors, digital data, or remote inputs, they combine information from various sources, analyze the material instantly, and act on the insights derived from those data. As such, they are designed by humans with intentionality and reach conclusions based on their instant analysis.”

An excellent example of AI is autonomous vehicles, which use onboard computers and sensor data to evaluate changing road conditions and change lanes, slow or stop.

Controversy Over FTR and Concerns Over Ethics in AI

Wired wrote that China and U.S. law enforcement officers use facial recognition software, which has become more effective due to recent advances in AI. The article reported that the EU’s proposed rules would require companies to inform users when trying to use AI to detect people’s emotions or classify people according to biometric features such as sex, age, race, sexual orientation, or political orientation.

However, some U.S. cities have restricted police from using the technology due to concerns about ethics in AI. Under the EU’s proposal, law enforcement also would be prohibited from using facial recognition and other real-time remote biometric identification systems — unless the intent is to prevent a terror attack, find missing children, or address a public security emergency.

Companies offering AI technologies will have to demonstrate compliance with EU restrictions or face hefty financial consequences. The World Economic Forum wrote that proposed EU regulations would require an ex-ante evaluation of the technology provider to attest to its compliance before getting access to the EU market and an ex-post assessment of the technology provider. Companies that don’t comply could face fines up to six percent of global sales.

To demonstrate compliance and ethics in AI, technology providers will have to set up and document a robust, risk mitigation process, which will require the sign-off of a third-party notified body.

The new restrictions would apply to both developers and users of these systems. A new international board of regulators, the European Artificial Intelligence Board, would be established to ensure EU-wide implementation and enforcement.

However, the process of approving a ban on FRT and new AI regulations would require the approval of the European Parliament and the EU member states. This process could take years.

Avi Gesser, a partner at the law firm Debevoise, which advises U.S. tech firms, says while it probably will take years for the regulations to become law, it could impact U.S. businesses. “With AI in general, regulators are reluctant to act, one, because they think it's highly technical, two, because they're worried about stifling innovation,” he said. But the EU proposal “makes other regulators more comfortable about jumping into this space in a way that will actually curb certain behavior.”

“All advertising is designed to manipulate behavior,” Gesser said. “The challenge will be to determine what is acceptable and what is unacceptable.”

Simplilearn predicts that artificial intelligence and machine learning will play a role in all segments of daily life by 2025. AI applications can achieve efficiencies and bottom-line benefits for healthcare, transportation, insurance, transportation and logistics, and customer service. AI applications are gaining a foothold in financial service industries and helping researchers at law firms.

The Associated Press reported that there’s bipartisan interest in boosting AI research and development. There’s a real fear that the U.S. could fall behind China in AI’s potential for national security and economic growth. This also brings the issue of ethics in AI to the forefront.

“There’s an increased need for education and training so that people know how to use AI tools, they know sort of what the capabilities of AI are so that they don’t treat it as magic,” said Dr. Lynne Parker, director of the National Artificial Intelligence Initiative Office. This need includes confronting the societal risks of AI and using the technology to address health equity and reducing climate change.

“Making sure that it’s a responsible use of AI so that we’re not disadvantaging certain people, we’re not achieving biased outcomes,” she said.

The career outlook for AI is promising: The University of San Diego states that computer and IT jobs are growing, with employment projected to grow 11 percent from 2019 to 2029. The World Economic Forum’s Future of Jobs Report 2020 predicts that AI will create 12 million new jobs across 26 countries by 2025 (a figure representing a net gain — 97 million new jobs created while 85 million are displaced).

Now is the time to embark on a new and exciting career adventure!