How to get started with Blockchain? 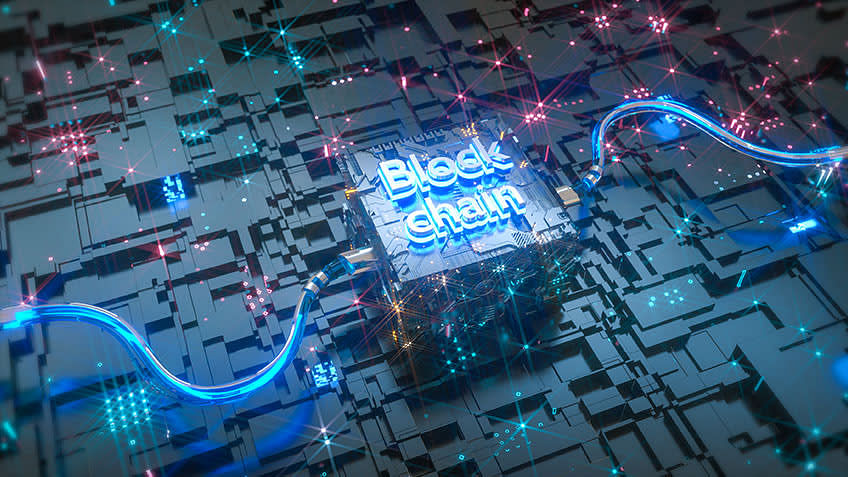 A blockchain is a secure distributed ledger of transactions. You can read about it on Wikipedia. Essentially it's a copy of your bank account, a database of your credit card purchases, or a list of purchases made by other parties on the network. But it's much more than that.

The blockchain can keep a list of who owns what assets and record each transaction made and when it occurred. There are two factors at play. First is the public nature of the ledger, where anyone can view the information. The second is how information is linked together on the network so that you can verify a particular transaction.

Blockchain acts as a master server. Think of it as a cluster of servers around the world. Each node has copies of the data. One node's copy of the data is a central point for the entire network to use. The network is not limited to one server. Each new node creates a copy of the data and shares it with other nodes on the network. Each new node links to the existing information chain, making new links to the public ledger. Linking the information is to "verify" a particular transaction.

There are two types of transactions: "transactions" and "nodes." A transaction occurs when someone sends a token or cryptocurrency to a new address, and once the sender verifies that the transaction was successful, the recipient of the token sends it back to them. A blockchain can have many different transactions.

Nodes are a more exciting subject. A node is a computer that has access to the blockchain. They can read the ledger of transactions, as well as the structure of the network.

Therefore, users who wish to test blockchain applications can create nodes and deploy their versions of the data in a blockchain. These different nodes can get to a point where they are connected and storing transactions in an insecure way.

For example, if the data structure was stored in a "public" network, then anyone in the world could take it, read it, and transfer it to a "private" network where the data is encrypted and cannot be read by anyone in the world. But an attacker could also take it from the private network and transfer it into the public network. If an attacker managed to go from a private to a public network, they would still have access to all the data.

Therefore, organizations need to access multiple private networks and run their nodes. Because of this, the Ethereum blockchain can store multiple applications, whereas Bitcoin cannot.

Another challenge is that to access an application, a node has to authenticate with the original nodes that created it. It can be challenging to do this because this is the most sensitive aspect of the entire system. Many private networks have encrypted key-value storage that organizations can use to authenticate. However, they are difficult to access and cannot be used to share information between organizations that do not have access to it.

Since Ethereum can create private networks, it's been a compelling choice for private organizations to run their nodes. And they are scaling as well.

Several recent network improvements mean that there is now substantial progress being made on the network. This progress is one of the most significant advantages of the platform and is another reason Ethereum is more interesting than Bitcoin.

Cryptocurrencies are fragile by nature. Ethereum has become more resilient to attacks, and people are working to improve its security. There are some exciting developments in this area, and I believe Ethereum is in the lead here because it's been further around the track.

With Bitcoin, it is very difficult to create a workable blockchain for multiple applications. One big reason is that Bitcoin's underlying value is mainly determined by its transactions per block. If you own bitcoins, you also need a "connection" to the network that allows you to get more transactions per block.

In theory, there is a lot of value for anybody who can get a more significant block and become the "winner" of the block reward. Unfortunately, this is not the case because of the low transaction volume.

However, Bitcoin has a second advantage that is not in theory. It has a non-fungible value.

So you can get a transaction on the blockchain that, for example, pays you two bitcoins, but the token, BTC, that you received is just called bitcoin. If an organization owns a node on the network, it can issue its version of BTC with its own "address."

You can do that if you own BTC and want to use your ETH to pay for your lunch. Or you can do the same thing with your USD, EUR, etc. tokens. Any token can be used for any transaction.

So an intelligent organization will issue a token they can issue in different versions. This is called a "synthetic token." For example, it could issue ETH tokens that can be used on its network. These are the basic idea for creating private cryptocurrencies.

If an organization owns a node, it can issue its private currency, its version of BTC. It can issue tokens that can be used to pay for lunch.

But this also means that, as an organization has more tokens, it has less incentive to attract new members because it can issue more tokens. So there can be a vicious cycle with low demand for low supply tokens.

There is another way of thinking about private blockchains, and that is that they are essentially clouds of pseudonymous computers. The creators of Ethereum have created a cloud-like capability with its dApps, and many companies worldwide are working on this technology.

There are no trusted nodes in a cloud of pseudonymous computers, and each node is completely independent. That is analogous to how a Bitcoin node is not a trusted node. Each node can issue tokens and validate transactions. That is precisely how a cloud of pseudonymous computers operates, and this is how the Ethereum cloud works. This model is one way of thinking about private blockchains.

There are still a lot of questions in this area. It is a little like the early days of the web in the early 90s. The internet was mysterious. Nobody knew what it was for. There were a lot of experiments going on, and people were inventing new products to try to solve the problems they saw in the marketplace.

Well, today, the internet is everywhere and our everyday life. Blockchains, like the internet in the early days, are still mysterious. But I believe that some of the questions we're all still trying to answer about the internet must also be answered about blockchains.

And I think we are still far from understanding blockchains, but blockchain technology will be a significant driving force for a new era of decentralized applications and distributed governance.